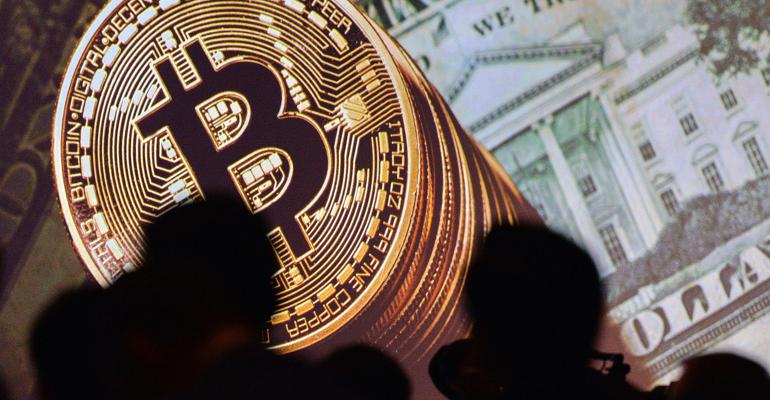 A product from ProShares could be first to get the SEC's blessing.

(Bloomberg) -- After years of waiting for a U.S. Bitcoin ETF, the crypto community may finally get as many as four products in a matter of weeks.

This month, the Securities and Exchange Commission once again has to approve, reject or delay a set of applications for exchange-traded funds based on the largest digital currency. This time round, they all follow a format that SEC Chair Gary Gensler has indicated could be received favorably by the regulator.

They’ll hold Bitcoin futures rather than the digital asset itself, and are filed under the Investment Company Act of 1940 -- a route that offers higher investor protection.

Related: Advisor: Bitcoin Is the Only Digital Asset Worth Investing In

It’s all raising hopes in the $6.7 trillion U.S. ETF industry and beyond that after years of delays, the world’s largest market may finally be ready to join the party. In that time, dozens of cryptocurrency exchange-traded products have already launched in Canada and across Europe.

“We are pretty bullish on approval here,” said James Seyffart, an ETF analysts with Bloomberg Intelligence. “We just can’t see Gensler and the SEC going out of their way to state positive comments about a 1940-act Bitcoin futures ETF at the end of September and then denying all of them less than a month later.”

In a move that further raised hopes among crypto advocates, the regulator asked two issuers to withdraw their Ethereum-futures ETF filings over the U.S. summer, but made no such demands on similar Bitcoin-based applications.

This week it also approved the Volt Crypto Industry Revolution and Tech ETF (ticker BTCR). The actively managed product plans to invest a majority of its assets into companies “with exposure to Bitcoin and its supporting infrastructure,” according to its prospectus. It’s one of a number of efforts to at least provide investors with indirect access to cryptocurrencies.

“Given that ETF issuers have been tirelessly pursuing Bitcoin ETFs for over eight years now, it seems somewhat disingenuous for the SEC to encourage more filings at this point only to disapprove them,” said Nate Geraci, president of advisory firm the ETF Store. “Approving futures-based Bitcoin ETFs seems like an easy way for the SEC and Chair Gensler to get a ‘win’ in terms of appearing forward-thinking on crypto.”

As long as the SEC doesn’t discriminate between the different filings and follows the usual process, a product from ProShares could be first to get the regulator’s blessing after the company was first to make the appropriate futures-based filing, said BI’s Seyffart.

Valkyrie Investments, a smaller upstart issuer, also holds a good chance, he said. Its filing was a week behind ProShares’, but the proposed ETF would hold only Bitcoin futures. In contrast, the ProShares application includes clauses that would grant its fund the ability to hold Bitcoin-related instruments.

How Wall Street’s Quest for a Bitcoin ETF Is Going: QuickTake

Cameron and Tyler Winklevoss, the twin founders of Gemini Trust Co., filed the first application for a Bitcoin ETF in 2013. Approval has remained out of the grasp of issuers for years amid concerns that the crypto space is too volatile and vulnerable to manipulation.

But not everyone is confident an approval is now at hand.

“The odds of approval in the next month are better than 50/50, but I would hardly be surprised if the SEC kicked this particular can down the road a few more times along with the physical Bitcoin ETF,” said Dave Nadig, chief investment officer at data-provider ETF Trends. “It’s clear that what’s needed is an actual regulatory plan. We have yet to get a hint that one is really forthcoming soon.”