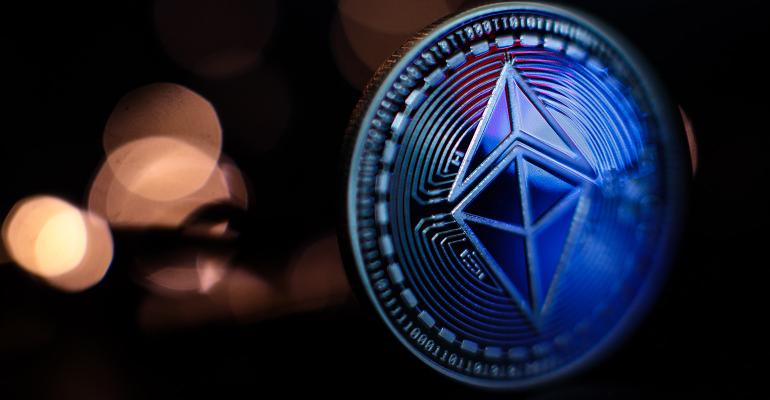 If approved, the VanEck Ethereum Trust would hold Ether and value its shares daily based off the MVIS CryptoCompare Ethereum benchmark rate, according to a filing with the SEC.

If approved, the VanEck Ethereum Trust would hold Ether and value its shares daily based off the MVIS CryptoCompare Ethereum benchmark rate, according to a filing with the Securities and Exchange Commission.

Related: An Ether ETF Isn’t Even Launched and Already There Is a Fee War

The application comes after three Ether ETFs debuted in Canada last month, the first in North America to carry such an ETF label. The Canadian market is known for beating the U.S. in new ETF concepts, most recently with the launch of the first Bitcoin ETF.

“Canada approving Ethereum ETFs so quickly on the heels of Bitcoin ETFs is part of the reasoning for this filing,” said James Seyffart, ETF analyst for Bloomberg Intelligence. “I don’t see the SEC approving an Ethereum ETF until we have a Bitcoin ETF that has already begun trading. It’s possible that other issuers will follow suit because VanEck has been leading the charge with these filings in the last five months or so.”

U.S. regulators have yet to approve a crypto ETF though at least 11 companies are looking to launch one. Nine of them have filed since the end of 2020, according to a tally kept by Bloomberg Intelligence. VanEck renewed the push for a U.S. Bitcoin ETF with a filing in late December; the SEC has delayed a decision on this application until at least June.

A red-hot runup in crypto prices has seen Bitcoin, the largest digital asset, double year-to-date and Ether advance more than 350%. Ether rose to a record high of around $3,589 in Friday trading.

Its rally this year has pushed the coin, the second-largest behind Bitcoin, into the limelight. The token is used on Ethereum, the world’s most-actively utilized blockchain, the technology that verifies and records transactions.