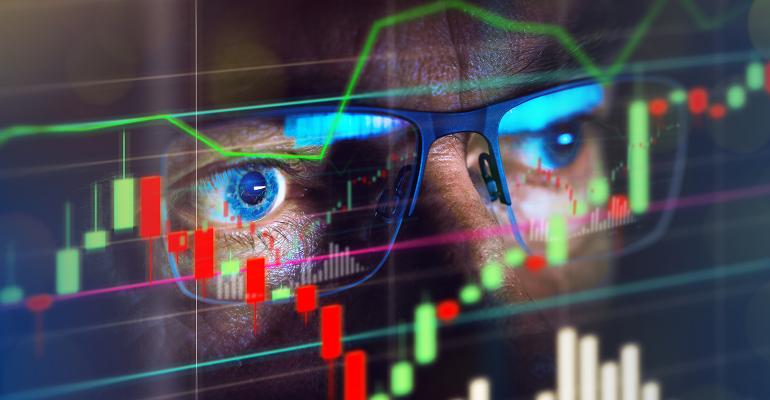 Value’s Appeal Is in the Eye of the ETF

At long last, value investing appears primed to play a larger role in the new year. But beware, not all value ETFs are built the same.

In recent weeks, investor sentiment for value-oriented strategies has significantly improved. As market volatility has increased, stocks in the S&P 500 Value Index held up better than growth alternatives, while demand for value exchange traded funds has swelled.

In the first half of 2018, growth ETFs had $8.2 billion of net inflows, easily exceeding the $2.2 billion for value ETFs, according to Eric Balchunas, senior ETF analyst at Bloomberg Intelligence. However, in the nearly six-month period ended Dec. 7, investors have returned aggressively, piling $15 billion into value ETFs, more than five times the inflows for growth funds. Demand is accelerating. After a $7 billion cash haul in the third quarter, value ETFs have already surpassed that level with $8.5 billion in the two-plus months of the fourth quarter.

The S&P 500 Index is unevenly split between growth and value, based on various earnings trends and valuation characteristics, and is reconstituted annually. While the S&P 500 Growth Index’s 2.9 percent gain remains ahead of the losses achieved by the broader S&P 500 (-1.5 percent) and the S&P 500 Value (-6.2 percent) indexes year-to-date (through Dec. 7), the gap has narrowed in recent months. In the last 13 weeks, the S&P 500 Value Index’s 7.2 percent loss was smaller than the 9.3 percent loss for the Growth Index.

As earnings and GDP growth slow and monetary policy tightens in 2019, growth sectors will be less likely to drive market performance in the new year, says CFRA Investment Strategist Lindsey Bell. She looks for value to play a larger role as investors look for attractive valuations and defensive characteristics in the late stages of a bull market.

SPYV tracks the S&P 500 Value Index discussed above, so let’s start there. The index consists of S&P 500 constituents that exhibit the strongest value characteristics based on book-value-to-price, earnings-to-price and sales-to-price ratios.

In contrast, IWD had more exposure to Health Care (16 percent) and Information Technology (9 percent) than SPYV and less exposure to Energy (10 percent) and Consumer Staples (8 percent). In addition to starting from a more multi-cap universe than SPYV, book-to-price ratio is the favored value criteria for the Russell Index.

While VTV doesn’t disclose daily holdings, this value ETF recently had more exposure to Technology (15 percent as of the end of October) than IWD and SPYV, and less exposure to Energy (7 percent) and Real Estate (1 percent). The CRSP Index behind VTV incorporates book-to-price, forward-earnings-to-price, historic-earnings-to-price, dividend-to-price and sales-to-price ratios.

Such performance differences highlight that investors should not just choose to tilt their portfolio toward value, but to look inside to understand what they’re getting. CFRA’s ETF research provides insight on a forward-looking basis and does not rely on past performance.