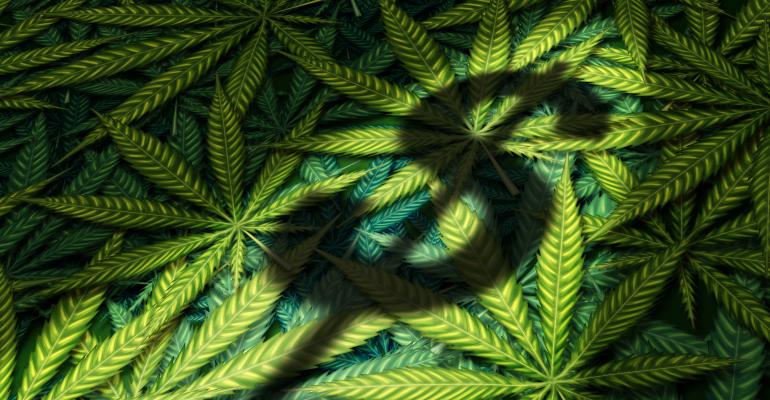 One day after pot was fully legalized in California, assets into the ETFMG Alternative Harvest ETF swelled.

By Kristine Owram and Tom Lagerman

(Bloomberg) --Investors are falling over themselves to get into the first pure-play marijuana ETF to list in the U.S., sending its assets up more than 13-fold in five trading days.

Assets into the ETFMG Alternative Harvest ETF swelled from $5.7 million on Dec. 26, its first trading day, to $77.4 million by Tuesday. That was one day after pot was fully legalized in California, creating the biggest cannabis market for recreational use and giving pot stocks another shot in the arm.

“There was obviously a lot of pent-up demand,” Sam Masucci, chief executive officer of Summit, New Jersey-based ETF Managers Group LLC, which runs the exchange traded fund, said by phone on Wednesday. “People want to play the theme and the theme is simple: the growing acceptance of marijuana.”

At the current pace of inflows, Alternative Harvest would reach $1 billion in less than two months. That would make it the second-fastest ETF to reach $1 billion after the SPDR Gold Shares fund, which hit the mark in just three days, according to Bloomberg Intelligence.

The surge in assets outpaced that into Canada’s Horizons Medical Marijuana Life Sciences ETF, which billed itself as the world’s first pot ETF when it launched in April. Its assets grew from C$10.2 million ($8.1 million) to C$88.1 million in its first five trading days. Horizons’ ETF had a market value of C$643 million on Wednesday compared with $83 million for ETFMG’s.

Alternative Harvest has gained 29 percent since it pivoted to marijuana amid a broad rally in pot stocks. It previously invested in Latin American real estate, a theme that “wasn’t resonating with the investing public,” Masucci said.

The U.S. Securities and Exchange Commission allows ETFs to change their benchmark after a 60-day notification period, a strategy that’s cheaper and faster than launching a new ETF and allows existing investors to stick around if they like the new approach.

“We had a very high number of existing shareholder phone calls and emails to us that they were very excited about the change, so I’m going to assume that most are still involved,” Masucci said.

Although recreational pot is legal in eight states plus Washington, D.C., it’s illegal at the federal level. This creates a sort of legal limbo that has prevented many pot stocks from listing in the U.S. Canada meanwhile plans to legalize the drug nationally by July, hence Canada’s dominance of the ETF.

“California legalizing recreational marijuana use has definitely put the spotlight on the sector," Steve Hawkins, president and co-CEO of Horizons ETFs Management Canada Inc. said in an email. "It has certainly boosted the long-term prospects of cannabis stocks, as well as HMMJ, and we are optimistic this upward trajectory will continue."

U.S. stocks held by the fund include pharmaceutical companies like Insys Therapeutics Inc., which makes a synthetic version of THC for treatment of chemotherapy-induced nausea. Masucci said none of the fund’s holdings can be in violation of any federal, state or local laws.