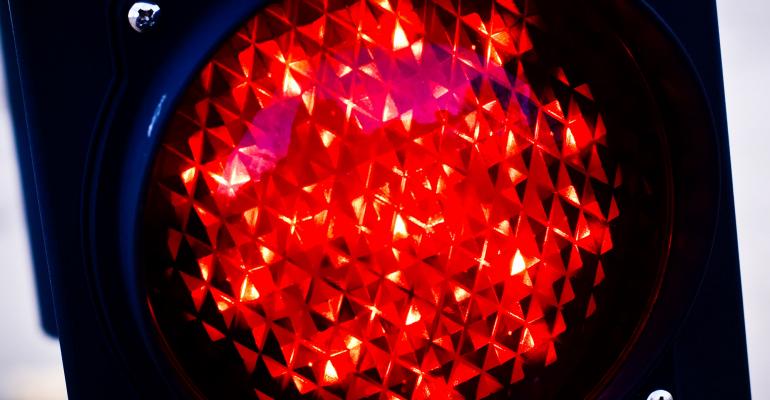 Too Many Funds, Too Few Investments

In the investment world, too much of a good thing can be bad, and right now some advisors see red lights flashing with ETFs, hedge funds and commercial credit.

Some observers say there is a danger when there’s an oversaturation of investment vehicles in a market, and right now advisors see red lights flashing with exchange traded funds, hedge funds and commercial credit.

There are now 2,122 ETFs (with $3.72 trillion in assets), more than triple the 627 (with $531 billion in assets) from 10 years ago, according to Morningstar. That’s happening at the same time when the number of publicly traded U.S. stocks is falling—to about 3,600 at the end of last year, according to Bloomberg. That means larger asset managers are prompted to carpet bomb the market with ever-more creative funds in the hopes that one or two will survive, while smaller ETF boutique managers struggle to stand out amid the noise.

“Every flavor of ETF is probably overdone, especially the thematic ones,” says Jack Ablin, chief investment officer at Cresset Wealth Advisors in Chicago. Remember the Whiskey & Spirits ETF, which launched with a splash in 2016 and closed with a thud this year.

“I don’t see a use for many of the niche funds,” Ablin says. “A lot of them have only a handful of names.” If you like the stocks in a thematic ETF, you can simply buy them yourself. “Save yourself the 60 basis points,” he says.

Niche funds are especially vulnerable in times of overall market weakness. “The more esoteric the strategy, the more likely those funds will get clobbered in a market sell-off,” says Karim Ahamed, an investment advisor at HPM Partners in Chicago.

And it’s not just thematic ETFs that are overdone, experts say. There’s too much of the plain vanilla variety as well. Broad equity ETFs now account for much of the stock market’s activity. That’s all well and good when the market is going up, but some argue that ETF selling can exacerbate a market downturn.

Individual investors act rationally most of the time, crowds do not, he says. “ETF investors could run for the exits because that’s what others are doing.” The ability for ETFs to be sold as quickly as a stock makes it easy to overreact.

As for hedge funds, their assets totaled a record $3.24 trillion globally as of June 30, according to hedge fund research firm HFR. While the number of global hedge funds has stagnated since 2007, it still totaled 9,790 on June 30 this year.

“It’s been said that hedge funds are not an asset class, but a compensation scheme” for their managers, Anderson says. “There are not a lot of good ones, though there certainly are some. They aren’t as oversaturated as 2007, but they are overutilized by various folks.”

Ablin echoes some of that. “Aggressive fees will always attract mediocre managers,” he says. Hedge funds have charged as much as 2 percent of assets plus 20 percent of profits.

Hedge fund returns have suffered because the stock market’s run-up since 2009 has made most strategies pale in comparison to the going-long equities. To be sure, a stock market decline might lift hedge funds’ flagging fortunes, experts say. Good times may be coming for hedge funds that are short stocks.

“If we are seeing a return to volatility, hedge funds will not only help to buffer portfolios, they will also help for differentiation,” Ahamed says. “Markets have been moving in unison. As we see more differentiation, hedge fund managers’ skills will come to the forefront.”

Another crowded investment area is commercial credit, experts agree. “There’s a big saturation in private credit funds,” Ablin says. “It’s an area where we want more exposure, but you have to be very careful.”

Nonbanks, including many private equity firms, had more than $500 billion of loans outstanding to midsize companies at the end of last year, up from about $300 billion in 2012, according to private equity firm Ares Management, itself a lender. Some lenders are extending credit to individuals too.

Lenders are using investor demand to go after customers banks don’t want, Ablin says. “Now interest rates are low and the economy is strong,” he says. “But what happens when the tide rolls out? We will have to see who has their bathing suit on, as Warren Buffett said.”

Ahamed shares his concern. “The nonbank lenders have relaxed underwriting standards,” he says. “They’re making covenant-light or no-covenant loans. That’s an area to be cautious.”

He’s particularly concerned about direct lending from nonbanks. “When a lot of money flows into a small space, valuations get out of whack and the potential for disappointment runs high,” he says.