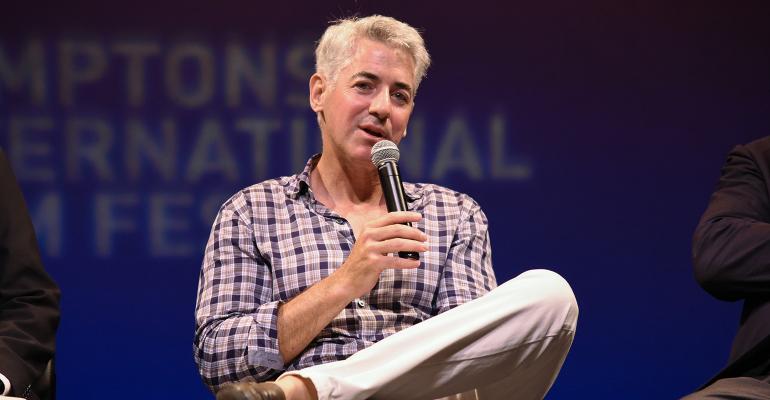 The Three Half-Truths of Activist Investors

Are activist shareholders good or bad for business?

The number of activist campaigns, in which an individual or small group of investors uses its stake in a company to pressure changes in board composition or enterprise to boost operational performance, has increased 18 percent since 2012, according to research firm FactSet. 2016 saw 319 high impact activist campaigns against U.S. incorporated companies, which marked the third highest annual count since 2009.

Investors flock when activists put an organization in their crosshairs. On average, shares of companies targeted by activists gained 48 percent on average from 2009 to 2017, according to Bloomberg research, beating the S&P 500-stock index by about 17 percentage points. Investor demand for this kind of yield has spawned the creation of a handful of ETFs expressly designed to buy stock in the companies targeted by activists.

But for retail buy-and-hold investors, the long-term effects of investor activism on companies are still not well understood. Some analysts see activists as an important counterweight to hold executives accountable, serving as a check against wanton spending. But others contend that activists distract corporate leaders from well-considered, long-term strategies in favor of decisions that are more aligned with the short-term interests of the activists.

There are many half-truths about the relationship between activist investors and the companies they target. Three of the most prevailing assumptions reveal that the myths often can’t be reconciled with the facts.

Half-truth No. 1. Target Companies Are Hurt by Activist Investor Campaigns

These outcomes were corroborated by data from Merrill Lynch and Bank of America. The one-year alpha—the amount by which a stock outperforms its benchmark—after the beginning of the average activist campaign dropped from 52 percent in 2012 to -5 percent in 2015. More to the point, whether activists won or lost, the average one-year returns for activist-targeted stocks trailed the S&P 500 over this stretch.

Many theories have been proposed to explain why companies underperform when successfully targeted by activist investors. Perhaps an enterprise that is attractive to an activist investor is struggling in ways that take years to remedy. It’s also likely that companies whose shares witnessed a big run-up immediately after the announcement of an activist campaign may see a comedown after it ends.

When the Wall Street Journal examined 71 activist campaigns against firms with market caps of over $5 billion from 2009 to 2015, it concluded that the results of the agitation were often uninspiring. Many investors looking for a quick jump in operational results were disappointed. Considering changes at targeted companies in terms of earnings, spending, margins and shareholder returns relative to peers, the changes attributed to the activism were often less than 5 percent. Of the 71 activist campaigns studied, just 38, slightly more than half, yielded shareholder returns superior to industry peers for the same period.

Studies do not support the belief that companies targeted by activists reliably increase capital spending as a percent of operating cash flow. In fact, of the 48 companies in the WSJ study with good data to test the hypothesis, 25 raised capital spending or left it at the same level, while 23 lowered spending.

One takeaway is clear. Investors who want to jump aboard a campaign with the best chance of driving performance should focus on campaigns in which the activist has the best chance of success at gaining a board seat for themselves or a nominee. Of the 38 campaigns in which companies targeted by activists outperformed industry peers, 24 featured the activists extracting a durable voice in the boardroom.

Is there data to support the assumption that shares will rise when an activist takes a seat on the board? Not quite. In the 71 campaigns of the study, 46 sought board representation and 40 succeeded. Yet 16 companies that yielded to pressure to seat an activist on the board underperformed their peers. The study included the sad case of J.C. Penney, in which activist investor William Ackman’s intervention did the company no favors. J.C. Penney was the worst performer in the study compared with peers and had the second-worst total-shareholder return.