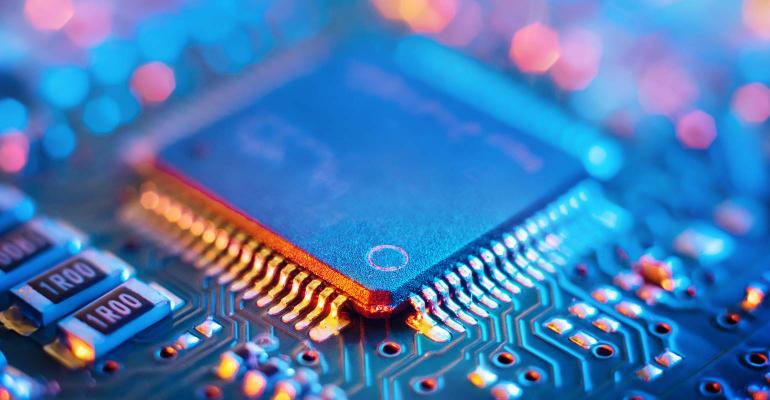 In the first quarter of 2021, companies were 14 times more likely to have positively raised or initiated a dividend than negatively cut or suspended dividend payments. This was nearly triple the ratio from a year earlier.

Dividend growth returned in early 2021 as the economic impact of the pandemic began to ease. In the first three months of 2021, 906 U.S. companies either raised or initiated a dividend, according to S&P Dow Jones Indices, up 24% from a year earlier as COVID-19 fears were first heating up. Meanwhile, the number of companies that either cut or suspended dividends fell by more than 50% to just 64. The 14-to-1 positive/negative ratio was much higher than way before the pandemic, with the 7-to-1 ratio in 2019 the recent high-water mark in the past six years. Among S&P 500 companies, there was just one dividend suspension in the first quarter of 2021, down from 10 a year earlier and 31 in the second quarter of 2021.

The median dividend increase for S&P 500 constituents in the first quarter of 2021 was 7.7%, up slightly from a year earlier but much stronger than the 4%–5% during the second and third quarters of 2020 as companies sought to balance dividend payments with a slowing economy and increased uncertainty.

Figure 1: Ratio of Positive-to-Negative Dividend Actions in the First Quarter of the Year 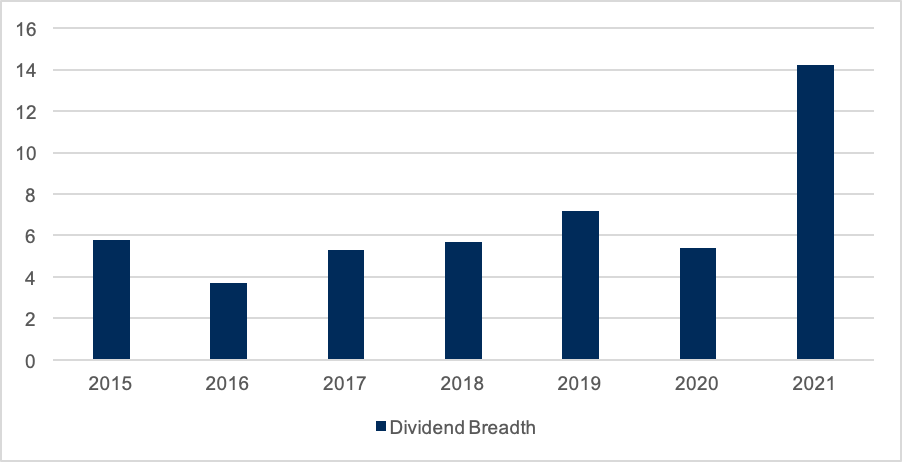 Meanwhile, many tech companies raised their dividends notably in recent months. Software company Oracle boosted its quarterly payment by 33% in March, while semiconductors Analog Devices Inc. and Applied Materials Inc. hiked the dividends 11% and 9.1%, respectively, during the first quarter. There were also more modest single-digit dividend increases from Cisco Systems and Intel. 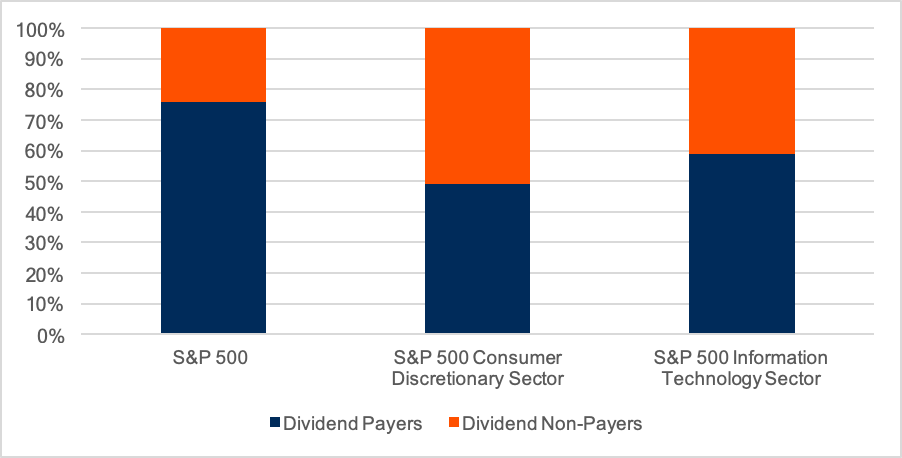 Despite the current dividend growth focus, many of the larger dividend-growth ETFs have limited exposure to the Information Technology sector. For example, ProShares S&P 500 Aristocrats ETF (NOBL) and SPDR S&P Dividend ETF (SDY) have approximately 3% of assets tied to the sector, as many companies do not have 20 years or more of raising the dividend.

In contrast, the $100 million TDV requires a dividend-paying company to have raised the dividend for seven consecutive years, providing an additional growth, not just a quality component. Furthermore, the portfolio is equally weighted with only CDW Corp., Hewlett Packard Enterprise and HP Inc. comprising slightly more than 3% of fund assets. ADI and TXN are only modestly smaller positions.

The exposure differences help explain the recent relative performance, much more than the slight expense ratio distinction. Indeed, TDV charges a 0.46% expense ratio, less than TDIV’s 0.50% fee, but rose 83% in the year ended April 5, significantly more than the 63% gain for TDIV and ahead of Technology Select Sector SPDR Fund (XLK). Regardless, CFRA thinks both TDV and TDIV are appealing and are likely to outperform the broader equity category over the next nine months.

S&P 500 constituents returned to raising dividends at a rapid pace and with higher frequency than last year, amid signs of an economic recovery. As Information Technology companies continue to return cash to shareholders, we think investors should look to ETFs providing high exposure to the sector.