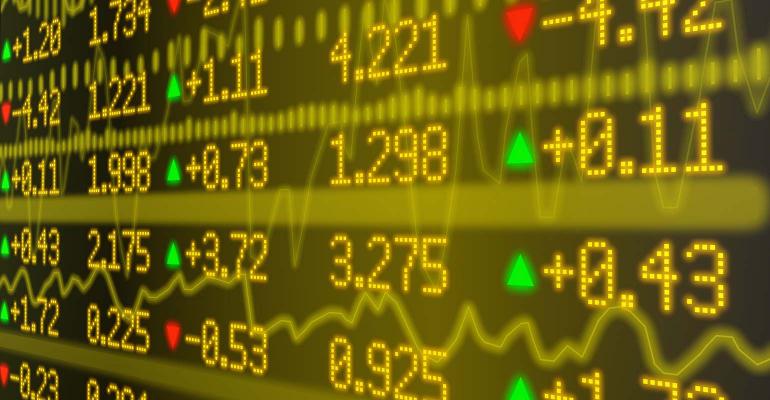 As Smart-Beta Spreads, Former Fan Wonders If It's Actually Dumb

"If everyone’s doing it, it’s not going to work anymore," says Vincent Deluard.

(Bloomberg) --A few years ago Vincent Deluard was a huge cheerleader for smart-beta ETFs, which slice and dice the market using indexes tuned to classic investing factors like momentum and value.

But times change and so has Deluard’s take on factor-based exchange-traded funds. With smart-beta portfolios becoming increasingly popular, the global macro strategist at INTL FCStone Financial Inc. recently reached the conclusion that the strategies aren’t as shrewd as they seem. So he set out to prove it by building his own “DUMB” portfolio. The results were enlightening.

“If everyone’s doing it, it’s not going to work anymore,” Deluard said.

This is a significant change of heart for a 35-year-old Wall Streeter who’s spent the past 10 years enamored with the quant theory. Deluard even helped build a multifactor smart-beta ETF. But he said working behind the scenes was a disconcerting experience.

“The more I’ve seen this become mainstream, and the more I see how easy it is to fool people with facts -- some long-term backtests, short-term stats -- you realize quickly you can really prove anything,” Deluard said. “My faith in quant academic finance has really come down quite a bit.”

Use of factors in ETF investing has exploded in the past few years. Assets under the smart-beta umbrella in the U.S. have almost tripled since 2012, reaching about $600 billion in 2017, according to data compiled by Bloomberg. Since 2017, issuers have started 67 new smart-beta ETFs, according to BlackRock Inc. The firm estimates that factor strategies will grow to $3.4 trillion by 2022, while smart-beta, a subset of the broader factor world, will reach $1.4 trillion. To test the genius of the smart-beta industry, Deluard spent Nov. 7, 2016 -- the night before the presidential election -- concocting an experiment. He created what he called a “basket of deplorables,” an index made up of the outcasts of the smart-beta world, which he named DUMB. To do it, he put together a market-capitalization weighted index with about 200 companies that are in the S&P 500 Index but didn’t make the cut for these five factor-based funds:

He then combined those five smart-beta funds to create an equal-weighted portfolio that he named SMART. From the experiment’s start through April, the most recent period for which the data is available, DUMB beat SMART by more than 2 percent. Deluard says he remains bullish on the “DUMB beta” index, in part because he expects rates to rise and most smart-beta funds have a negative correlation to yields, he said. A Bloomberg portfolio analysis shows Deluard’s hypothetical fund benefited from positive exposure to financials, which made up about 30 percent of the holdings, as well as its positions in profitable and cheap companies.

Of course, there are caveats. Many portfolio managers would argue that a year-and-a-half isn’t long enough to draw a conclusion on an investing thesis. Plus, equally weighting five different smart-beta ETFs doesn’t really mimic the reality of what the industry is trying to do. The point of the strategy is that different factors work in different market environments, so an investor probably wouldn’t want equal exposure to these characteristics at the same time.

“These strategies go in and out of favor,” Melissa Brown, managing director of applied research at Axioma Inc., said by phone. “If you’re going to combine them, you’ve got to be smart about combining them.”

Compare Deluard’s DUMB portfolio with the five individual smart-beta ETFs he used, and the winning characteristic is clear. MTUM outperformed by 18 percent through April as winners kept on winning and investors continued to buy the trend. Meanwhile, QUAL, which aims to track companies with high return on equity and low debt burdens, beat DUMB by 1 percent. And the three other smart-beta strategies fell short.

When you combine factors without a guiding principal or reason, you also could end up with factor dilution -- the idea that the conviction of a factor is lessened when mixed with others, according to Mark Carver, head of factor index products at MSCI.

“You end up with something that is closer to the benchmark than getting factors,” he said in an interview at MSCI’s New York office. “And if you do that across four different ideas, you’re diluting your ultimate exposure to the factors. You’re not even representing what that factor portfolio could look like in a well-designed sense.”

Plus, not all smart-beta ETFs are meant to beat the market at all times, according to BlackRock. Instead, they can be used for different purposes. Funds that select companies based on their dividend yields could provide quick income for investors, for example.

“Investors recognize that factor investing offers multiple strategic outcomes such as improving returns, reducing risk and increasing income,” BlackRock said in a statement. “Short-term performance is not an indication that a factor strategy is working.”

Across the industry, firms are preaching smart-beta to the masses, focusing on teaching investors how to use factor-based strategies effectively. OppenheimerFunds Inc. has gone the creative route, inviting investors to “race” their portfolios a-la the Kentucky Derby, educating along the way. BlackRock Inc. launched a free online tool that users can use to analyze stock funds with a factor lens.

Two years ago, Arnott, one of the founders of smart-beta, wrote a paper warning that most of the ETFs were only succeeding because of their growing popularity with investors and henceforth inflated valuations. Ultimately, the strategies are poised to crash, he argued.