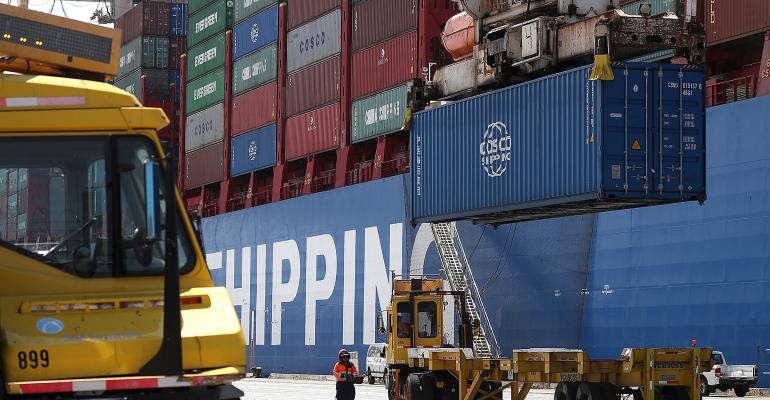 Rotation to Safety Is Key for ETFs Amid Trade Fears

(Bloomberg) --Across the exchange-traded fund universe investors are fleeing risk. From stocks to bonds, from cyclicals to more defensive sectors, money is on the move in search of safe landing spots.

It’s a change from April and May, when ETF buyers responded to the largest correction in two years by adding exposure to equities. But with the heightening of tariff concerns, the deconstruction of the global synchronized growth mantra, and the outlook for further interest rate hikes by the Federal Reserve, fund investors are tightening the reins on stock purchases.

Fixed-income ETFs have taken in $4.6 billion in July, almost double the total flows into equity ETFs and the most of any asset class, according to Bloomberg Intelligence data. That follows the $7.5 billion added to fixed-income exchange-traded products in June, compared with losses of $7.2 billion in equity ETPs. “When we came into 2018, we started talking about risk management,” Emily Roland, head of capital markets research at John Hancock Investments, said in an interview at Bloomberg’s New York headquarters. “Now we’re starting to see that happen more.”

Investors keep pulling cash from the world’s largest ETF, the $265 billion SPDR S&P 500 ETF Trust, known by its ticker SPY, which saw more than $5 billion in outflows the week ended June 29. The losses continued last week, with a combined roughly $1.5 billion pulled from the fund on Thursday and Friday. It continued leaking cash Tuesday, although some of those outflows stemmed from a trade into a similar, cheaper equity fund.

Interestingly, the riskier corners of the bond market are getting attention too. The $15.7 billion iShares iBoxx $ High Yield Corporate Bond ETF, ticker HYG, has seen seven straight days of inflows, taking in $1.6 billion since the end of June. That winning streak is the longest in 10 months. Investors are also moving cash into the $56 billion iShares Core U.S. Aggregate Bond ETF, known by its ticker AGG, which has seen nearly $1 billion in inflows since the second half of June. The likely reason for the interest in junk bonds? They’ve performed well in past rising rate environments, according to Invesco. The firm found that there have been 17 quarters since 1987 in which yields rose significantly, and high-yield bonds posted positive returns in about 65 percent of them.

Investors also have a good reason to play defense with their equities purchases. The performance of a custom basket of defensive SPDR ETFs as designated by MSCI has beaten its cyclical counterparts since June 6, according to a Bloomberg analysis. Funds that track some of the more classically non-cyclical sectors such as consumer staples and telecommunications are up more than 2 percent this month. This pattern could continue now that the Trump administration has released its plans to impose tariffs on an additional $200 billion of Chinese goods.

“The S&P 500 has rallied 2 percent since the $34 billion in reciprocal tariffs were announced early Friday morning,” said Michael O’Rourke, chief market strategist at JonesTrading. “This latest story will serve as a reality check for the market, reminding investors to reconsider how aggressive they want to be.”