A Look Back at Rising Rate Equity ETFs

A new fund delivers alpha on its first anniversary.

With Labor Day barely in our rearview mirrors, it may be a bit premature to sing a chorus of “Auld Lang Syne,” but a look back to the start of 2018 is still instructive.

No doubt the February selloff unnerved stock investors—at least temporarily. The volatility spike was scary, sure enough, but there was an underlying anxiety that made the market exquisitely sensitive to exogenous events. The anxiety? The prospect of higher interest rates. Many investors were, and still are, unsure about the impact of higher rates on stocks.

Much of anxiety centers around the equity risk premium: the telltale yield spread offered by stocks over the risk-free return of a U.S. Treasury obligation. A low risk premium typically is the consequence of frothy stock prices, suggesting limited further upside. A fat premium suggests richer returns ahead and resilience to the depredations of higher bond yields.

A classic computation of the equity risk premium pits the expected dividend yield of the S&P 500 against the 10-year Treasury yield. For those challenged by the calculation of the present value of future dividend streams, a simple subtraction of the Treasury rate from the S&P’s current yield will suffice to paint the premium’s contours. Measured that way, the equity risk premium is currently 0.91 percent, well below its historic 2.82 percent average. The backdrop for this is a snug-up in the 10-year rate to 3.07 percent from its 2.41 percent level at the top of the year.

Keep in mind that a hike in interest rates won’t necessarily precipitate a knee-jerk reaction in equities. While higher yields are generally a headwind for stocks, the reason for the rise is every bit as important as the level attained. The equity risk premium may be cranked down when rates rise in anticipation of greater economic growth, but can also vary with inflation expectations. The ability of companies to pass on price increases then determines the outlook for growth and the subsequent effect on the yield spread.

In any event, we seem headed for a higher rate environment. Just ask the Fed. Eventually, those rate hikes will impact equities. So what’s an investor to do? Bail out of stocks? Go to cash? Rates on cash aren’t that good—yet.

So, can you hold stocks and still insulate yourself against rising interest rates? Exchange traded funds sponsors say you can. We looked at three portfolios making that claim back in February, just ahead of the market break, but they’re worthy of a revisit to see how they’re faring now—against their competition and against a naked equity position. 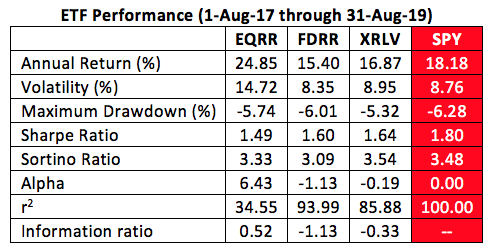 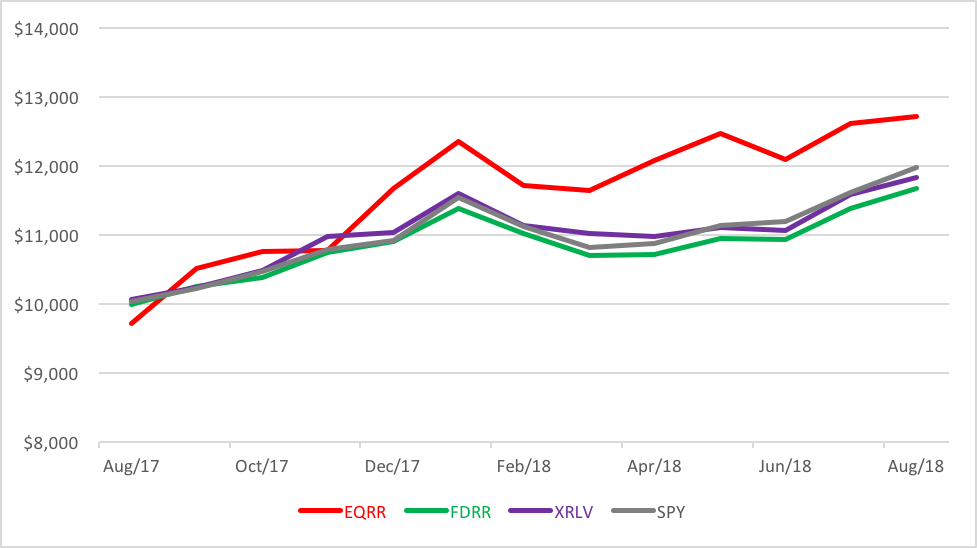 During a period in which the 10-year T-note yield rose 16 basis points end-to-end, the alpha dog has been the ProShares EQRR portfolio. Even with its higher volatility, the new fund outperformed the benchmark and its competitors on the basis of its gross and risk-adjusted returns. Better still, the fund produced a positive information ratio, the holy grail for portfolio runners. The ratio measures the persistence of a fund’s over- or underperformance.

Still, EQRR’s volatility can be disconcerting to investors. Despite its positive information ratio, the fund has lagged in discrete periods within its one-year record. In the seven months since the publication of our February column, for example, EQRR’s return outperformed its competition but trailed the benchmark.

All this suggests that objects in your rearview mirror are more complex than they first appear. Drive safely.

Brad Zigler is WealthManagement’s Alternative Investments Editor. Previously, he was the head of Marketing, Research and Education for the Pacific Exchange’s (NYSE Arca) option market and the iShares complex of exchange traded funds.