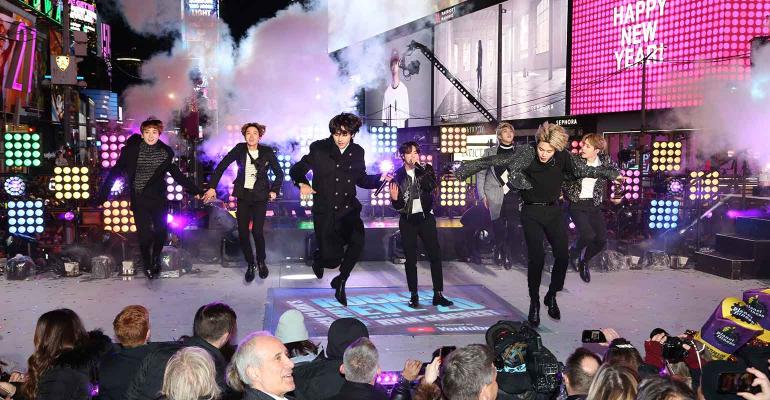 Exchange Traded Concepts plans to launch the KPOP ETF (KPOP) that will track companies on the Korea Exchange.

(Bloomberg) -- A small issuer in the $6.8 trillion U.S. exchange-traded fund industry wants to be the first one to capture the roaring popularity of South Korea’s biggest entertainment export.

Exchange Traded Concepts plans to launch the KPOP ETF (ticker KPOP) that will track companies on the Korea Exchange. If approved by the U.S. Securities and Exchange Commission, it would be the first ETF in the U.S. or Europe investing in firms benefiting from Korean pop music, according to Bloomberg Intelligence.

South Korean music has continued to gain fans since it captured the world’s attention in 2012 with the hit “Gangnam Style.” In February, one of K-pop’s most popular boy bands, BTS, was named the global recording artist of the year, beating Taylor Swift and Adele.

Exchange Traded Concepts’ passively-managed fund will invest at least 80% of its net assets in securities included in an index designed by CT Investments Inc., according to an initial prospectus. The index provider will screen for firms engaged in Korean music, movies, drama and other entertainment.

If listed, KPOP will join Exchange Traded Concepts’ more than 50 ETFs and over a dozen that the Oklahoma City-based firm sub-advises. The firm has roughly $8.6 billion in assets under management as of Feb. 28, a regulatory filing shows.

“ETFs are looking at increasingly niche themes in their search for an edge,” said Henry Jim, ETF analyst at Bloomberg Intelligence. “In spite of a plausible investment case for the growing K-pop industry, the commercial appeal of such a product is hard to fathom. In other words, this could be an example of throwing ETF ideas out to see what sticks.”