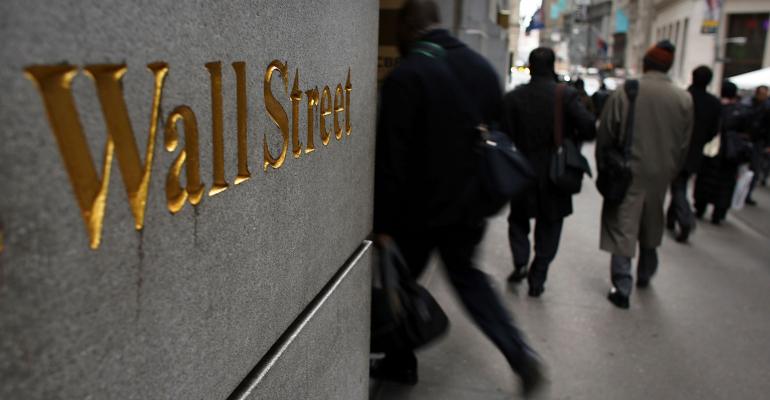 More than $7 billion has poured into exchange-traded funds tracking emerging market stocks and bonds this year through Feb. 19.

(Bloomberg) --U.S. President Donald Trump has supported many policies that could harm emerging market economies. But investors are betting that his bark will turn out to be worse than his bite.

More than $7 billion has poured into exchange-traded funds tracking emerging market stocks and bonds this year through Feb. 19, according to Bloomberg data. That runs counter to the six weeks after Trump’s election victory, when investors yanked $2 billion from the funds on concerns about his promises to reshape America’s trade agreements. Clearly those fears have receded.

Trump’s rhetoric had a “temporary impact” on emerging markets, according to Edward Kerschner, chief portfolio strategist at Columbia Threadneedle Investments. Developing markets are “growing at double or triple the rate of Europe or Japan” and the expansion will accelerate through 2020, he said.

Emerging market bulls point to the strong fundamentals in the sector, improving local regulation and the opportunity to pick up assets on the cheap. After falling to a four-month low one week after the U.S. election, the MSCI Emerging Markets Index, which is heavily weighted in China and South Korea, had climbed by 12 percent to 944 on Monday, according to Bloomberg data.

“This is how people are going to be positioning portfolios moving forward as the next big thing,” said Heidi Richardson, head of U.S. investment strategy at BlackRock’s iShares.

The iShares’s Core MSCI Emerging Markets fund, symbol IEMG, has grown by nearly $4 billion, or around 20 percent, this year, the most of any U.S.-listed ETF, according to Bloomberg data. The biggest emerging-market ETF, Vanguard’s FTSE Emerging Markets ETF, symbol VWO, has seen roughly half the inflows, though its expense ratio is slightly higher than IEMG’s.

Countries that are attracting bargain-hunters this year include Mexico and Turkey, according to Fran Rodilosso, head of fixed income ETF portfolio management at Van Eck Associates Corp.

Mexico ETF Rises
“For value seekers, Mexico is like the eye of the Trump storm,” he said.The Mexican peso was battered after the election as Trump pledged to build a wall to stem immigration and implement a border tax. But the biggest Mexico fund, the iShares MSCI Mexico Capped ETF, is up 4 percent this year, according to Bloomberg data.

It’s not just equities, either. The iShares J.P. Morgan USD Emerging Markets Bond ETF has swelled by $750 million in 2017, according to the data.

“You’d think that a reflationary trade is bad for debt, but people are still looking for yield and cushion,” Rodilosso said. With local emerging market bonds, “you have 6.5 percent yield and different dynamics for all of the countries.”

Of course, there’s no telling if investors will abruptly change course and start unloading emerging market assets again. But if they do, it’s unlikely to be because of Trump administration policies, according to Columbia Threadneedle’s Kerschner.