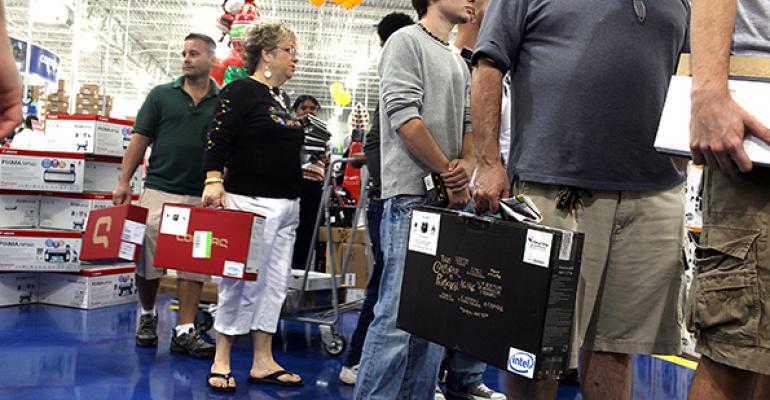 Investors Are Piling Into Retail ETFs After Holiday-Fueled Rally

The demise of the retail sector has been greatly exaggerated, and these ETFs are cashing in.

By Carolina Wilson and Janet Freund

(Bloomberg) --It’s not just holiday shoppers who have been on a spending spree this week. Shop ‘til you drop also seems to have been the mindset of investors, who have flocked into retail exchange-traded funds.

Related: New ETF Bets on the Decline of Brick and Mortar Stores

About $320 million has been poured into the SPDR S&P Retail ETF over the past two days, the most since Jan. 17, according to Bloomberg data. The fund, known as XRT, has climbed 11 percent this month as tax-reform buying and hopes for cheerful holiday results have pushed up the shares of apparel and specialty retail companies. The S&P 500 index has risen 2 percent over the same time period.

"With holiday shopping season having started, investors are likely looking closely at ways to participate," according to Todd Rosenbluth, director of ETF & mutual fund research at CFRA.

XRT has almost $870 million in assets and 87 members, among which the top holdings are Express Inc., Urban Outfitters Inc. and L Brands Inc.

Other retail-focused ETFs have also seen notable flow activity. The Amplify Online Retail ETF, known as IBUY, has received $39 million in November, its largest month of inflows since April 2016 inception. The fund, which tracks companies that generate at least 70 percent of their revenue from online purchases, has returned almost 40 percent this year.