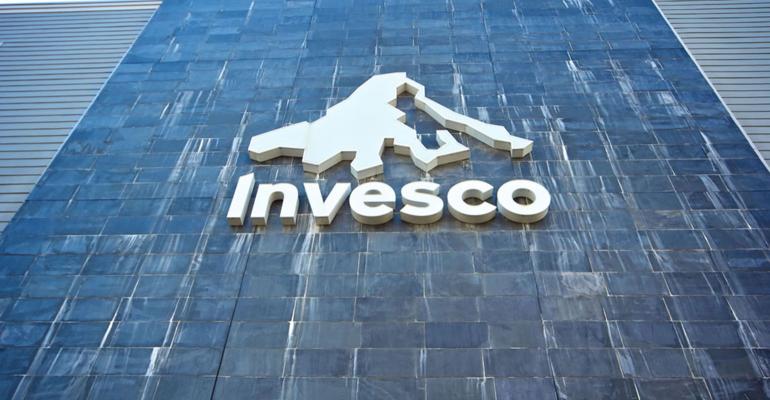 The asset manager completed its acquisition of Guggenheim Investments’ $39 billion ETFs, it announced Monday, and already it’s slashing fees on some of those funds as it looks to lure new assets.

(Bloomberg) --Invesco Ltd. is playing aggressive defense as it shores up its spot among the largest U.S. issuers of exchange-traded funds.

The asset manager completed its acquisition of Guggenheim Investments’ $39 billion ETFs, it announced Monday, and already it’s slashing fees on some of those funds as it looks to lure new assets. It’s a savvy move for the Atlanta-based firm, which is in a state of limbo within the industry -- battling to protect its market share from smaller rivals while seeking to join the industry’s leaders.

With its American business growing 28 percent with the purchase, Invesco has solidified its position as the fourth-largest ETF issuer in the U.S. with $177 billion in assets. That’s a substantial sum and roughly $70 billion more than its next closest competitor, Charles Schwab Corp. But it’s still miles away from the Big Three of ETFs -- BlackRock Inc., Vanguard Group and State Street Corp. -- each of which has more than half a trillion dollars in assets and as a group is so far ahead that Invesco would have to buy the 20 next biggest issuers to inch into third place. “The market is very competitive,” said Dan Draper, global head of ETFs at Invesco. “A big part of our job is making sure that we represent our products at the right price level but also make sure that we deliver on performance and liquidity, and continue to really add value to our clients.”

Acquiring Guggenheim’s funds broadens the variety of products that Invesco can offer and complements its expertise in so-called smart-beta ETFs, which weight their holdings based on investment factors and styles rather than market capitalization, Draper said.

Invesco’s fee cuts will help fend off competition from the likes of Charles Schwab. Started less than a decade ago, Schwab’s ETF unit has swelled to $105 billion on the back of its distribution platform and plain-vanilla funds at ultra-low fees. Meanwhile, new factor-focused ETF shops like Goldman Sachs Group Inc. have also made low fees a key selling point.

Lower fees have certainly helped the Big Three stay one step ahead. BlackRock created a stir in 2016 when it cut the cost of 15 ‘Core’ funds. State Street meanwhile intensified the battle last October when it cut fees on 15 ETFs it rebranded as ‘SPDR Portfolio.’

For its part, Invesco is more than halving the cost of some of its most popular new funds. The 10 investment-grade debt products, which have a defined-maturity date like bonds and will continue to trade under the BulletShares brand, will charge 0.1 percent, down from a 0.24 percent management fee previously. Invesco will also look to expand both the range and reach of these products, Draper said.

More than 50 percent of inflows this year have gone to ETFs that charge less than 0.1 percent, data compiled by Bloomberg show. Invesco’s ETFs -- before the acquisition and fee cuts -- averaged 0.49 percent.

Invesco’s purchase is its second major deal in less than a year, after buying Source, a European issuer, in August. It’s in this light that Draper sees the competitive landscape -- not as a battle for U.S. dominance, but about positioning Invesco as a global player.

“Source and now Guggenheim really put us in a pretty strong position,” said Draper. The firm could consider bulking up further, but “there’s not a lot of scalable large firms that are really left that can be significant.”