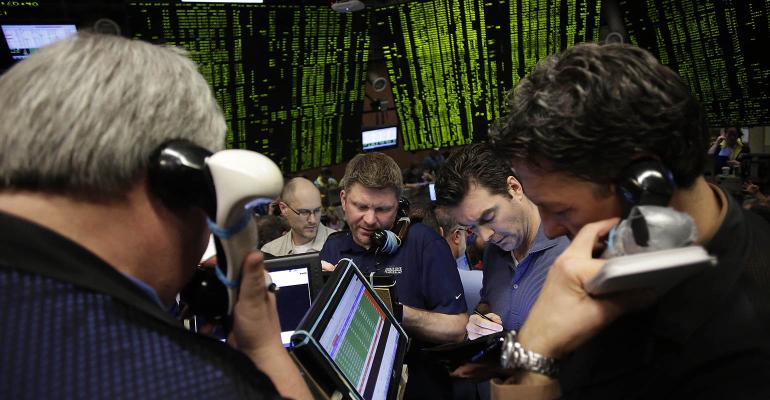 Index Funds Are Finally Sexy, and That's a Shame

(Bloomberg View) --When Peter Lynch managed the Fidelity Magellan mutual fund from 1977 to 1990, he was the most famous investor in the country, bigger even than Warren Buffett. During his tenure, Magellan earned an average annual return of 29.2 percent, while its assets grew from $18 million to $14 billion.

Once the 1980s bull market began in August 1982, the star power of Lynch and a handful of other fund managers caused investors to flock to actively managed mutual funds. For the next decade or so, hot mutual funds, and the managers who ran them, were all the rage.

Then came Aug. 9, 1995, the day Netscape went public. Almost overnight, mutual funds became passé, relegated to boring, employer-sponsored 401(k) retirement plans, as investors became fixated instead on fast-rising technology stocks. By the end of the 1990s, the Nasdaq had risen a staggering 685 percent in a decade. At dinner parties, people talked about Internet stocks with the same fervor they had once reserved for mutual funds.

In my 1994 book about Americans and their money, "A Piece of the Action," I took pains to note that Lynch was an anomaly. In any given year, at least four out of five fund managers underperformed their benchmark. Later, in covering the tech bubble at Fortune, I often pointed out that most hot tech stocks had become unmoored from reality, and sooner or later reality was going to bite back. But most people didn’t want to hear that, and as a result, far too many investors wound up buying high and selling low.

Instead of chasing hot funds or hot stocks, investors would have been better served putting their money in index funds. These funds, baskets of stocks that replicate a stock index like the S&P 500 or the Russell 2000, don’t try to beat the market, but simply aim to match it. That’s enough to beat 80 percent of actively managed funds in any given year, and better than almost all of them over a longer stretch of time. In addition, their low fees make a meaningful difference to an investor’s return.

To my mind, however, there were always two big stumbling blocks to the wholesale embrace of index funds. The first was that Wall Street hated them. Index funds not only didn’t try to beat the market (and generate the fees that came with that effort), they illustrated how pointless the exercise was for most people. Brokers were hardly going to push a product that showed up their business model.

Second, index funds flew in the face of human nature. People were always going to chase the hot investment of the moment, even when they knew better. It was a little like going to Vegas to gamble; sure, you knew the casino stacked the odds against you but you went anyway. My working assumption was that index funds would always be a niche product.

So imagine my surprise when I read just two weeks ago in the New York Times that index funds were more or less taking over the world. Written by veteran business journalist Landon Thomas Jr., the Times article focused on Vanguard Group Inc., which has always marketed itself as a low-cost, index-fund-oriented company, mainly because of its founder, Jack Bogle, who was — and remains — the great proselytizer of index investing. In 1999, when Bogle cut his official ties to Vanguard, his original index fund — the Vanguard 500, which tracked the S&P 500 — had $100 billion in assets. Today, Vanguard has an astonishing $3 trillion in customer assets invested in its various index funds.

My first thought was that people had finally come to their senses. Indeed, the Times article seemed to buttress that view; Thomas described Vanguard’s success as "the triumph of index fund investing."

If only it were so.

"You think that everybody suddenly became rational and said, 'I’m not nearly as clever as I thought I was?'" chuckled the personal finance expert Jonathan Clements when I told him my reaction to the Times article. Clements, and several other people I spoke to, then proceeded to set me straight.

Yes, some of the popularity of index funds has been the result of investors realizing that trying to beat the market is a mug’s game. But that was hardly the whole story. There were actually three drivers of index-fund growth: the explosion of exchange-traded funds, the rise of fee-based advisers, and the powerful bull market that began in 2009, when the Dow Jones Industrial Average, now over 20,000, stood at around 7,000. Let’s take them one at a time.

Even after 2008, however, the vast majority of ETFs were index funds. Why? Because investors by then had become accustomed to viewing them as a way to quickly get in and out of the market. In addition, fund companies, Vanguard included, had created hundreds of ETFs that amounted to sector bets. Thus, you could buy a technology ETF to invest in the tech sector or a Latin American ETF to gain exposure to the Latin American markets. And if the sector started to swoon, you could get out as quickly as you could say "sell." The key point is that rather than use index funds to make long-term investments, many investors were using ETFs to time the market, and make quick buy-and-sell decisions, just as they’d always done.

Fee-based advisers have their own reason for liking ETFs: Because they take a percentage of a client’s assets, the lower the cost of the assets they invest in, the more money goes directly to them. According to ThinkAdvisor over $600 billion in ETF assets was controlled by fee-based advisers at the end of 2016, up 20 percent from 2015. By contrast, advisers only increased their active holdings by 2 percent last year.

As for the market itself, its rapid rise has made index funds hot, just as mutual funds and tech stocks once were. In 2009, the S&P 500 was up 26 percent; the following year it was up 15 percent, and so on. With that kind of performance, why would an active investor want to be anywhere else?

ETFs have gathered more than $2.7 trillion in assets today, of which around $400 billion is held in the three biggest S&P 500 ETFs (one of which is Vanguard's). But as SeekingAlpha noted recently, in March "$484 billion worth of these ETFs changed hands" — a turnover of 121 percent in one month. "This is not the action of buy and hold investors," the author concluded dryly.

Indeed, it’s not. If you look at fund flows, you’ll see that when the market dips, as it did early last year, money pours out of index funds — only to pour back in once the market is climbing again. In other words, just as they had in the days of hot funds and hot stocks, too many investors are buying high and selling low. Except this time, they are doing it with index funds.

When I broached this with Bogle, his first response was to point out that traditional index funds were growing at the same pace as ETFs. Which meant, of course, that more people were seeing the light than ever before. Still, he worried about what ETFs were doing to his idea.

"Nathan Most came to me with his Spider," said Bogle — Most is the man who devised that first ETF in 1993, the Standard & Poor’s Depository Receipt, nicknamed Spider — "and I said, 'No way. That’s not what index funds are for.'" He continued: "Now you can trade the S&P 500 all day long. What kind of nut would do that?"

As it turns out, there are lots of people who want to trade the S&P 500 all day long. If they had followed Bogle's advice starting in 1982, when the '80s bull market began, they would have made 50 times their money, Bogle told me. Instead, the current index-fund boom shows something else: Human nature never changes.

Joe Nocera is a Bloomberg View columnist. He has written business columns for Esquire, GQ and the New York Times, and is the former editorial director of Fortune. He is the co-author of "Indentured: The Inside Story of the Rebellion Against the NCAA."