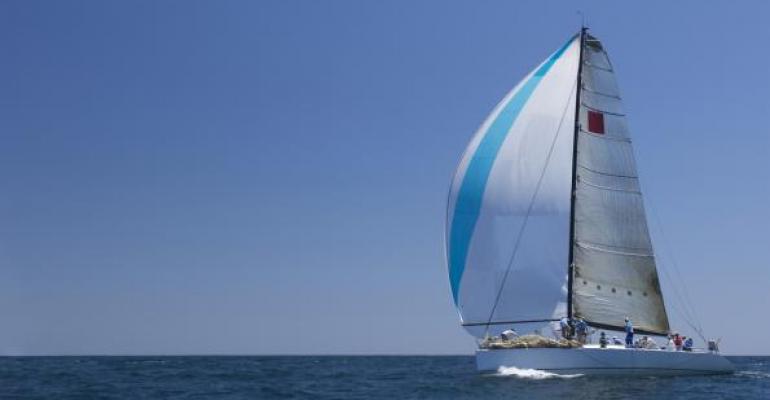 You can’t help but be bullish on stocks now. I mean, really. That’s the simple message being told by the ETF market. Well, two ETFs to be sure.

Take a look at the price spread between the SPDR S&P 500 ETF (SPY) and the iShares S&P 100 ETF (OEF). It’s widening. Nothing new in that: the SPY portfolio's been gaining on OEF since early 2009. From the looks of it, though, there seems a lot more widening yet to come.

Consider this: the S&P 100, a subset of the S&P 500, is made up of the bluest of the blue chips. This traces back to the benchmark’s birth as the CBOE 100. In 1983, the Chicago Board Options Exchange fashioned the index from the stocks underlying its most actively traded contracts. Given the listing requirements then in effect, the stocks in the S&P 100 tended to be largest issues in its parent index.

The S&P 100’s median market capitalization is four times higher than that of the S&P 500. The narrow index, too, has a lower price-to-earnings ratio, a higher dividend yield and lower volatility. Still, the correlation between the two metrics is very high.

All this says the S&P 100 is a more defensive play on U.S. equity than the S&P 500. Put another way, if you’re an aggressive bull, you’re more likely to pick the broad market as your playground rather than its more staid subset. Likewise, when your risk appetite diminishes, you’ll tend to eschew all but the biggest stocks.

The four-year congestion area anchored by the Great Recession’s 2009 bottom at $33  set up a run to the $105 level. Between March and May this year, the $105 level was tested three times before a breakout to the upside. Now SPY’s premium is $110 and, if the bulls continue their hold on the market, a $138 premium is in the cards.

The SPY/OEF spread’s a risk barometer and it’s saying there’s still some clear sailing ahead. Keep a weather eye peeled, though, for any gathering gloom on the horizon.