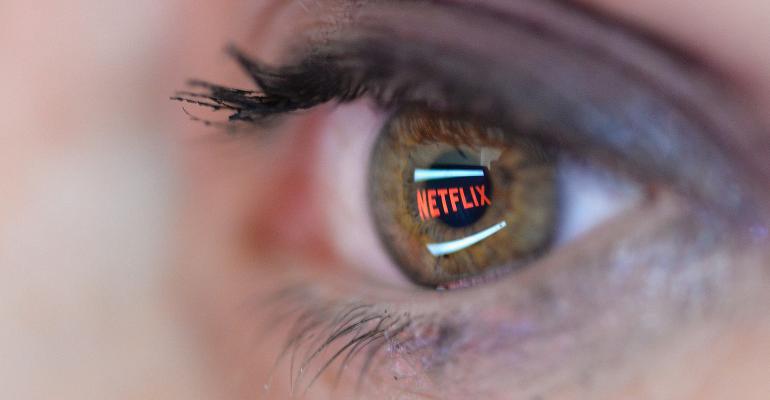 While the XLK saw its biggest weekly outflows since January 2016, the QQQ added $1.78 in a single day.

(Bloomberg) --After a stellar run in tech stocks this year, some ETF investors are cashing in their chips. Others are trying their luck with a new hand.

Investors yanked $716.9 million from the Technology Select Sector SPDR Fund, ticker XLK, in the week ended May 26, the biggest weekly exodus since January 2016, according to data compiled by Bloomberg. The same week, they added $1.78 billion in a single day to the PowerShares QQQ Trust Series 1 ETF, a fund that tracks the Nasdaq 100 Index. While not a pure tech play, QQQ holds companies like Amazon.com Inc. and Netflix Inc. that the SPDR fund lacks.

"This speaks to the appeal of QQQ over the technology sector ETF," said Will McGough, portfolio manager and senior vice president of Stadion Money Management Inc. "Technology can’t be defined by a single sector anymore."

Tech companies are the top performers in the S&P 500 Index this year, gaining 22 percent. However, some of the names most associated with innovation aren’t tech firms at all. Amazon and Netflix, for instance, are consumer-discretionary companies that rely heavily on technology. With tech powering this year’s U.S. stocks rally, companies in sectors as diverse as health care and retail are being caught up in the exuberance. "What you’re seeing is QQQ having better asset flows than various tech sector ETFs thanks to broader diversification to the technological revolution theme," said McGough.

Amazon and Netflix make up around 8 percent of the QQQ fund, alongside companies such as Twenty-First Century Fox Inc. and Starbucks Corp. "Historically, the Nasdaq was where small cap and tech firms listed, before graduating to the New York Stock Exchange," said McGough. The $53.1 billion fund has been around since 1999, and in that time has become among the most liquid ETFs in the world, trading around 24 million shares a day, according to data compiled by Bloomberg.

Amazon and Netflix are conspicuously absent from XLK, which is heavily weighted in software and internet giants Apple Inc., Microsoft Corp. andFacebook Inc. A week before investors removed $700 million from the fund, they pulled $115.4 million from the the second-biggest ETF devoted to the sector, Vanguard’s Information Technology ETF.

XLK has returned 18.6 percent this year, lagging QQQ, which is up 20.8 percent. The Vanguard ETF is beating them both, up 21.2 percent.

Investors may be looking to QQQ to take a more cautious position on a rally that might have grown long in the tooth. "You’re diluting your tech a fair amount" when comparing XLK to QQQ, said Doug Sandler, chief U.S. equity officer for RiverFront Investment Group LLC. He said that most people use QQQ "to get cheap beta" and not necessarily as a big tech bet.

May 23’s massive inflow into the fund could also be the work of a single large investor rebalancing its portfolio. "Because QQQ is highly liquid, occasionally we see large traders use it to adjust their portfolio exposure day to day," said John Frank, lead strategist for the fund at PowerShares.

"But the expansion of technology across all sectors begs the question of whether we should really see QQQ as a core strategy," he said.