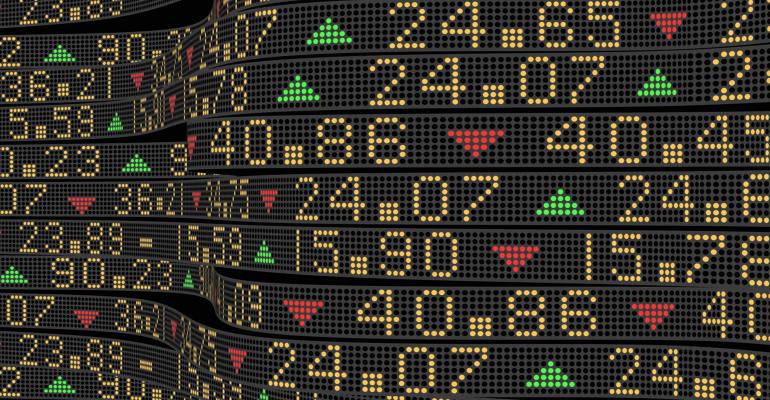 Don’t Sell in May, Rotate Away

With the mid-terms coming, it may be prudent to prune your client’s exposure to historically volatile stocks, and these ETFs make it easy. Here’s what CFRA suggests.

The S&P 500 has usually experienced challenging times in the six months leading up to the early-November mid-term elections, possibly due to the uncertainty associated with the change in the presidential party’s representation in Congress. Since 1946, the S&P 500 fell in price in 50 percent of all observations, declining an average 1.1 percent and slipping by double-digits in five of the nine times.

Since 1998, the S&P 500 Low Volatility Index climbed 3 percent on average in the May to October period, stronger than the 1.2 percent total return for the broader S&P 500 Index. During times of traditional large-cap market volatility, history suggests that investors would benefit from tracking the more defensively oriented low volatility index. PowerShares S&P 500 Low Volatility ETF (SPLV) seeks to replicate this index, but what’s inside it currently makes it particularly appealing, in CFRA’s view.

The S&P 500 Low Volatility Index is constructed by taking the 20 percent least volatile stocks within the broader S&P 500 Index and reconstituting and rebalancing them on a quarterly basis. SPLV has no sector constraints, unlike some peer offerings, including iShares Edge MSCI USA Minimum Volatility (USMV) and Fidelity Low Volatility Factor (FDLO), and currently leans more to defensive than the S&P 500 Index.

As of late April, utilities (23 percent of assets vs. 3 percent in the S&P 500 Index) and real estate (8 percent vs. 3 percent) stocks were overweighted, while information technology (9 percent vs. 25 percent) and consumer discretionary (4 percent vs. 13 percent) stocks were underweighted. That’s interesting because according to Sam Stovall, CFRA’s chief equity strategist, real estate was the second best performing sector in May to October in mid-term election years since 1990, rising 5.4 percent on average in contrast to the 1.5 percent decline for the broader S&P 500 Index. In contrast, the consumer discretionary sector lost 3.6 percent in this period.

From a bottom-up perspective, CFRA views many of SPLV’s holdings favorable on a valuation and risk perspective. Nine of the fund’s 10 largest holdings are CFRA Strong Buy or Buy recommendations or are undervalued based on CFRA’s quantitative fair value assessments. Meanwhile, nine of the 10 earn a S&P Global Market Intelligence quality ranking of B+ or higher. Companies with such quality rankings have consistently strong records of growing earnings and dividends.

Coca-Cola (KO) is a Strong Buy recommendation and earns a B+ quality ranking. CFRA Equity Analyst Joseph Agnese sees KO as having an attractive relative international footprint, particularly in faster-growing emerging markets, with the capability to generate strong free cash flow. He thinks cash will be returned to shareholders through dividends and stock repurchases. KO offers a 3.6 percent dividend yield, after raising its dividend in February 2018.

In addition to our holdings analysis, SPLV earns a top rating from CFRA due to fund-specific attributes. The exchange traded fund has a low 0.25 percent expense ratio and trades with a tight bid/ask spread. SPLV also trades with bullish technical tendencies.

As investors should expect, SPLV has incurred below-average volatility. As of March 2018, the three-year standard deviation was 9.3, below the 10.2 for iShares S&P 500 (IVV).

A lower volatility approach has also had benefits historically down the market cap structure heading into the summer. Over the last 20 years, the S&P MidCap 400 Index rose only 0.7 percent on average in the May to October period and advanced 60 percent of the time. Meanwhile, the S&P MidCap 400 Low Volatility Index generated a 2.8 percent average total return in this six-month period and rose 65 percent of the time.

Investors that want to focus solely on the real estate sector, with a multi-cap strategy, should look to Vanguard Real Estate Index Fund (VNQ). The $29 billion ETF has a modest 0.12 percent expense ratio and holds a mix of large-, mid- and small-cap stocks. These include American Tower, Simon Property and Sunstone Hotel Investors.