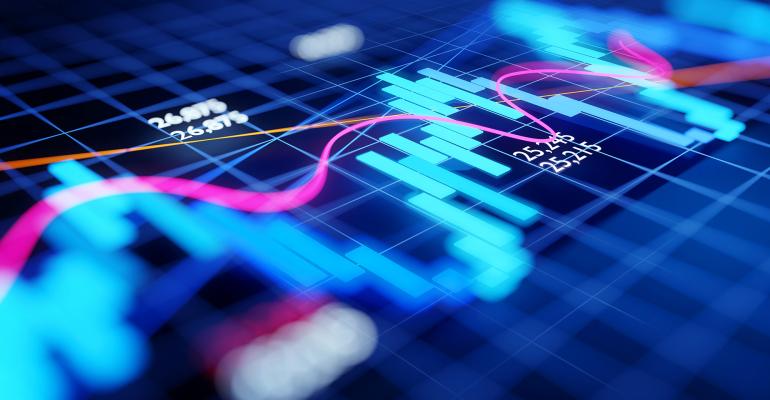 Janus Henderson is planning a U.S. exchange-traded fund that will seek floating-rate exposure to the highest-quality CLOs.

(Bloomberg) -- At a time of mounting corporate defaults and deepening economic gloom, a new fund may be about to bring collateralized loan obligations to the masses.

Janus Henderson is planning a U.S. exchange-traded fund that will seek floating-rate exposure to the highest-quality CLOs, according to a filing with the Securities and Exchange Commission this week. While many loan ETFs exist, there are currently none dedicated to CLOs.

CLOs, which package and sell leveraged loans into chunks of varying risk and return, have drawn scrutiny in recent months as the coronavirus pandemic spurs a wave of corporate distress. They typically don’t attract retail investors, though an ETF would in theory make them far more accessible.

Read more: A $158 Billion CLO Bet Is Putting the Insurance Industry at Risk

Whether or not it lures mom and pop, the proposed fund is likely to find buyers thanks to record-low bond yields, reckons David Schawel at Family Management Corp. The riskiest corners of the $700 billion CLO market may be signaling trouble, but the highest-rated tier tends to be a safe space, he said.

“In the case of AAA CLOs, it’s a safe and low-risk asset class,” said the chief investment officer. “Yields are fairly low on AAA CLOs in the first place, but if investors can earn 150 to 175 basis points of spread on a short duration asset, it can be attractive.”

Federal Reserve stimulus to cushion the economic blow from the pandemic has sent yields tumbling throughout the bond market, and there are few signs of a reversal. The rate on five-year Treasuries fell to a fresh record this week after policy makers held rates near zero.

The central bank’s intent to keep them low for the foreseeable future could mean the more-than $4 trillion U.S. ETF market sees a spate of launches like the fund planned by Janus Henderson, according to Ken Monahan at Greenwich Associates.

“Given that yield suppression is here to stay it would seem, you’ll probably see a lot more of this,” said the senior analyst covering market structure and technology. “RMBS and CMBS are probably not far off.”

CLOs are a cousin of collateralized debt obligations, which became notorious for their starring role in the 2008 financial crisis. There are several major differences, however, not least that CDOs bundle loans to consumers rather than businesses.

Janus Henderson isn’t the first to plan a CLO-focused ETF -- Alternative Access Funds LLC filed for one in late December, but it has yet to start trading.

If the SEC gives it a green light, the actively managed Janus Henderson AAA CLO ETF, ticker JAAA, is expected to launch in October, the $337 billion asset manager said in a press release.