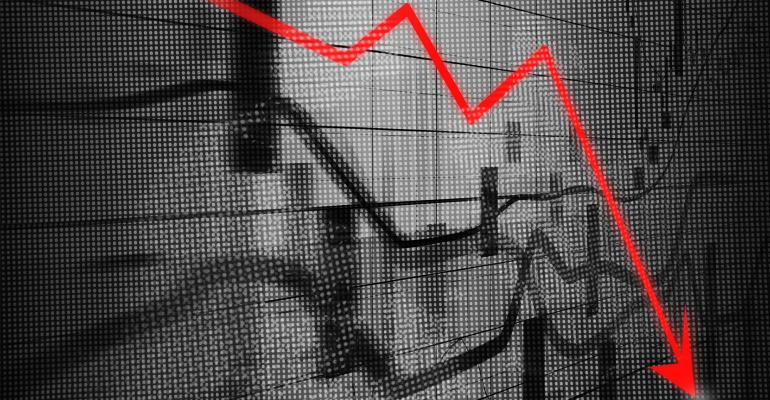 Bond ETFs Will Never Be the Same After Coronavirus

Instant price discovery and liquidity have come at the expense of unprecedented losses.

(Bloomberg Opinion) -- Fixed-income exchange-traded funds have always been, and will continue to be, a contentious subject. Just the idea of a liquidity mismatch between the products and the underlying securities raises tough questions. Which is the more accurate reflection of a market: the benchmark index full of bonds that don’t trade or the ETF that does?

As with most things, the truth probably lies somewhere in the middle. But for now, bond ETFs across the world are trading at staggering discounts to their net asset values in what some have dubbed an “illiquidity doom loop.” More recently, that spiral has ensnared even funds that invest in some of the most stable fixed-income securities in the world. It’s one thing if the largest high-yield municipal-bond fund is going berserk — as I wrote last week, that could be chalked up in part to steeply repricing a few securities tied to senior-living facilities. It’s quite another for supposedly safe assets to get hammered. For better or worse, fixed-income ETFs can never be looked at quite the same way going forward.

A Bloomberg News article on Friday spotlighted the $6.2 billion iShares Short Maturity Bond ETF (ticker: NEAR). As the name suggests, it holds very short-term corporate debt, with an average duration of less than a year. Some of its biggest holdings include debt from Charter Communications Inc., Ford Motor Co., General Electric Co. and CVS Health Corp., all of which matures within the next eight months. Some of these businesses have had their struggles, yes, but they’re not going belly-up imminently, even with the coronavirus outbreak.

Heading into this month, NEAR never swung more than 0.25% in either direction at any point in the previous year. It traded in a 35-cent range over 12 months. Most days, it would barely move at all.

Then, something snapped. On March 18, the fund dropped 1.4% in its sharpest decline since inception in 2013. On March 19 it collapsed, tumbling as much as 8.9% because of rumors that BlackRock Inc. was restricting cash redemptions for traders looking to redeem more than one unit. It closed down $3, equivalent to roughly 30 months of dividend payments. The Bloomberg Barclays Short-Term Government/Corporate Total Return Index, meanwhile, was little changed.

My colleague Eric Balchunas at Bloomberg Intelligence refers to ETFs as a “release valve” for investors to find liquidity when it’s vanishing across bond markets and investors aren’t confident they can sell the underlying securities. It supports the argument that the funds are a better indication of where the market is clearing than the bonds themselves. Or, at the very least, ETFs get out ahead of the ups and downs to come. He said that a vast majority of purportedly bad optics aren’t really that bad at all.

What happened to NEAR was different. On Twitter, Balchunas called the huge price drop “unacceptable.” It was a “bad move” by BlackRock, he said. The money manager realized its mistake and reversed course, he added, “but damage was done.”

While it’s possible that NEAR and the other ETFs will recover soon from their violent drops and company missteps, this feels like a moment of truth for the fixed-income ETF industry. If investors are simply turning to them for instant price discovery and liquidity, then the funds have certainly held up their end of the bargain. If, however, institutions expected the ETFs to minimize tracking error to a benchmark index, they’ve been let down amid this market turmoil. Heading into Friday, roughly 70 fixed-income ETFs were trading with at least a 5% discount to their net asset value, and 16 traded at a discount of 10% or greater.

Again, there could be a snapback. In fact, evidence of one began emerging on Friday across a range of fixed-income ETFs. After reaching a stunning 28% discount on March 18, the VanEck Vectors High Yield Municipal Index ETF (ticker: HYD) staged its biggest two-day advance since inception in 2009. Its short-term cousin, SHYD, surged 9.4% on Friday alone. It’s not clear whether that’s because the underlying securities have stopped selling off or just because the fund became so heavily discounted. If it’s the latter, then the open-end ETF has taken on similar characteristics as closed-end funds, with enterprising investors closing the NAV gap.

None of this means the ETF industry is in jeopardy. It just means investors need to realize they won’t function as steady, index-based products during crisis-like periods. Investors were pulling cash from bond funds of all types at a record pace in the week through March 18, which is often the impetus for a vicious cycle. Combine that with a lack of liquidity as banks step back as market-makers, and it’s no wonder that ETFs spiraled.

I have little doubt that fixed-income ETFs will get through this rough stretch. But the experience will forever change the conversation about how they’ll perform in a worst-case scenario.