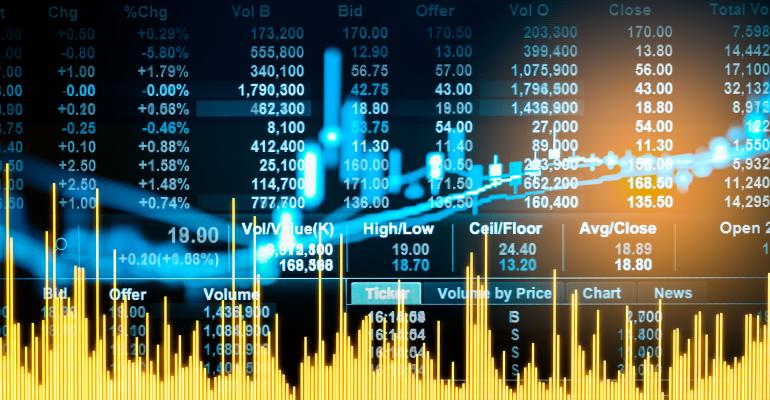 (Bloomberg) --Bond investors are running from anything that smells of interest-rate risk. 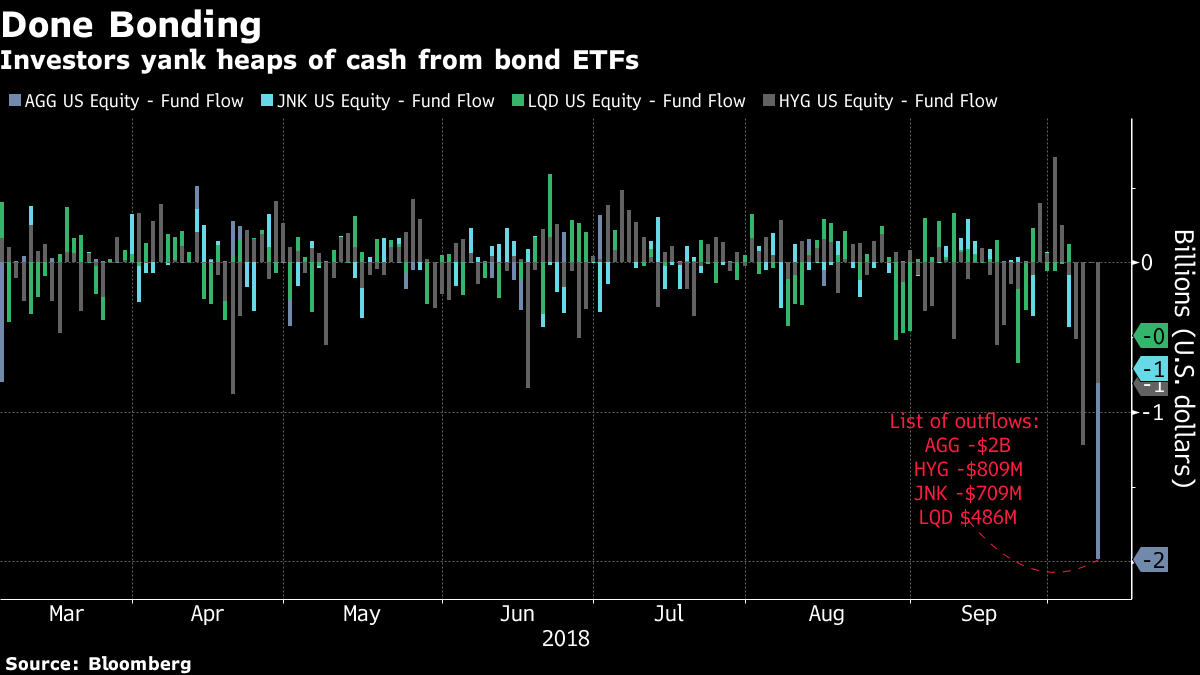 The yield on benchmark 10-year bonds ticked up as high as 3.24 percent Wednesday, after dripping lower Tuesday in the wake of Monday’s holiday. Previously, investors had gotten used to ignoring bump ups in rates, since every time they hit 3 percent, they came back down, said Bloomberg Intelligence ETF analyst Eric Balchunas.

"But this one has broken through, so investors are nervous. This is a sign that investors do not think that rising rates are crying wolf," Balchunas said. "There’s less safe spaces where bond ETFs are not negative on the year, and that’s why you’re seeing more extreme flows. Rising rates have shaken things up for real this time."

The iShares Core U.S. Aggregate Bond ETF, known by its ticker AGG, saw outflows of nearly $2 billion on Tuesday. It was the biggest single outflow in the fund’s 15-year history. Investors also pulled close to half a billion dollars from the iShares iBoxx $ Investment Grade Corporate Bond ETF, or LQD.

AGG has about 20 percent of its underlying exposure to longer-dated bonds that have more than 10-year maturities. LQD has a heftier 38 percent exposure to that category of debt.

While the junk bond strategies don’t have as much exposure to the longer-duration securities, they still have interest rate risk like any other bond ETF, said Mohit Bajaj, director of exchange-traded funds at WallachBeth Capital.

"The risk/reward just doesn’t justify holding these funds," Bajaj said. "The incentive isn’t there to continue holdings positions as both equities and bonds sell-off." 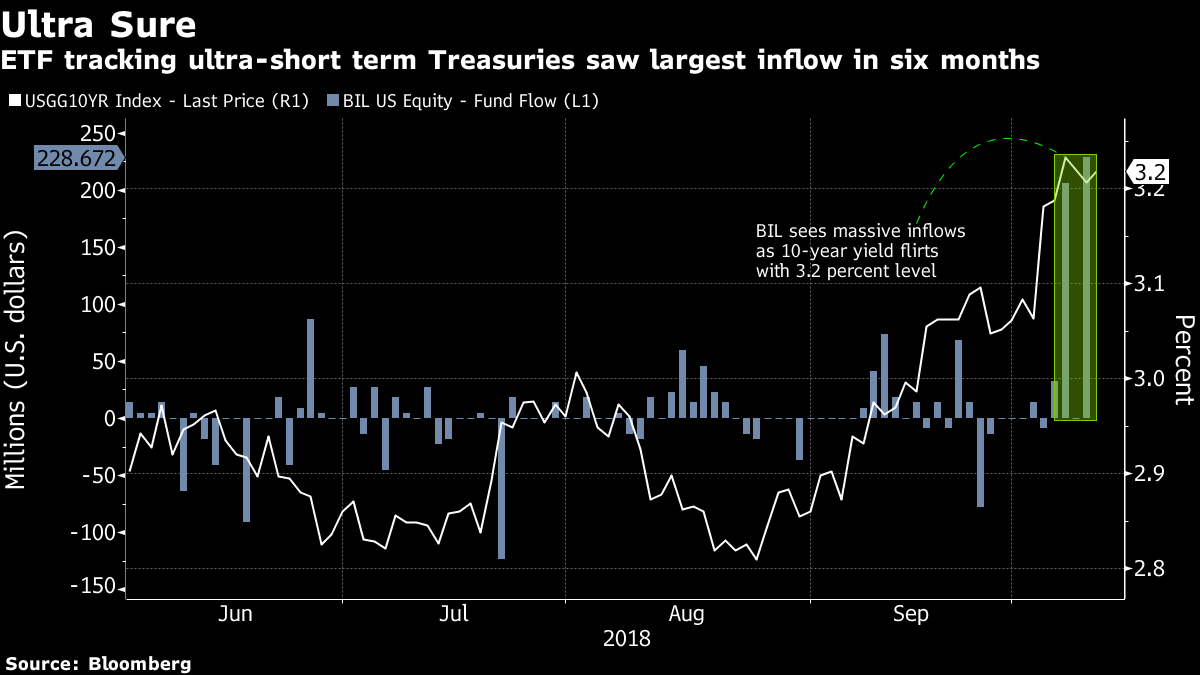 On the flip side, ETFs tracking short-term debt lured in flows. The SPDR Bloomberg Barclays 1-3 Month T-Bill ETF, or BIL, saw the eighth-largest amount of inflows among all U.S.-listed funds on Monday. Investors poured $228 million into BIL yesterday, the largest daily inflow in more than 6 months.