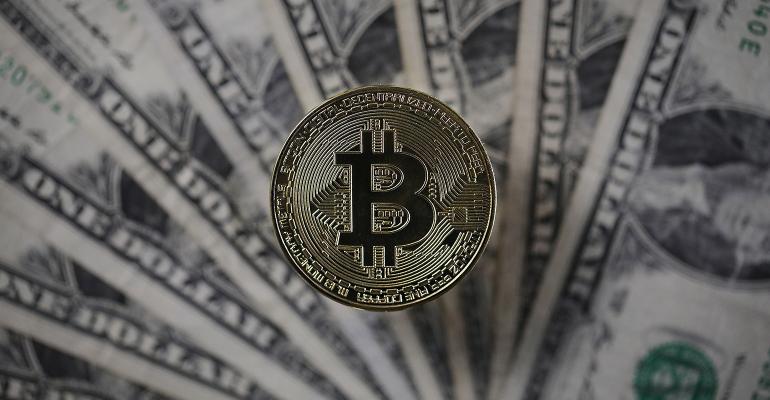 Bitcoin Pushes Toward Record as Futures ETF Poised to Debut

ProShares announced it plans to launch its first Bitcoin-linked ETF on Tuesday on the New York Stock Exchange.

The largest cryptocurrency gained as much as 5.5% and was trading at about $61,799 as of 1 p.m. in New York. It fell both Saturday and Sunday to nearly $59,000. Bloomberg News reported Thursday that the SEC isn’t likely to block the products from starting to trade this week, according to people familiar with the matter.

“We plan to launch the first Bitcoin-linked ETF on Tuesday on the NYSE,” Michael Sapir, chief executive officer of ProShares, said in an interview with Bloomberg.

Bitcoin has more than doubled since the start of the year, though the ride has been volatile as the market confronts narratives from increasing institutional adoption and greater asset-class maturity to a crypto crackdown in China and concerns about energy usage. Other cryptos also gained Monday, with second-largest Ether rising as much as 5.3%. Binance Coin has retaken the third spot in crypto market value after a 17% rally in the past seven days, according to CoinGecko.com.

The technical setup for Bitcoin in its latest rally is a concern for Rick Bensignor, the president of Bensignor Investment Strategies and a former strategist at Morgan Stanley. Depending on Monday’s price action it might “make me think twice about buying Bitcoin now, especially as it’s against all-time highs,” he said in a note Monday.

Bitcoin’s 43% surge so far in October has pushed the crypto into overbought territory, according to relative strength index data. It hit a record high of $64,869 in mid April. Many have attributed the latest leg of the rally to optimism over the Bitcoin-futures ETF.

But, there is no evidence the market wants such a product and even if there is demand for it, it might not be as good a product as a spot-Bitcoin ETF could be, Noelle Acheson, head of market insights at Genesis, said on Bloomberg’s “QuickTake Stock” streaming program. Genesis is affiliated with Grayscale Investments, which reiterated Monday that it will seek to covert its Bitcoin trust to an ETF.

“It’s psychologically and symbolically a very important event -- I mean, it signals regulatory acceptance that Bitcoin is an investable asset,” she said. “It’s another big step in the convergence between traditional and crypto markets. But, I do think that there will be perhaps not quite as much monetary demand for this product as the market seems to be signaling.”

--With assistance from Katie Greifeld and Joanna Ossinger.