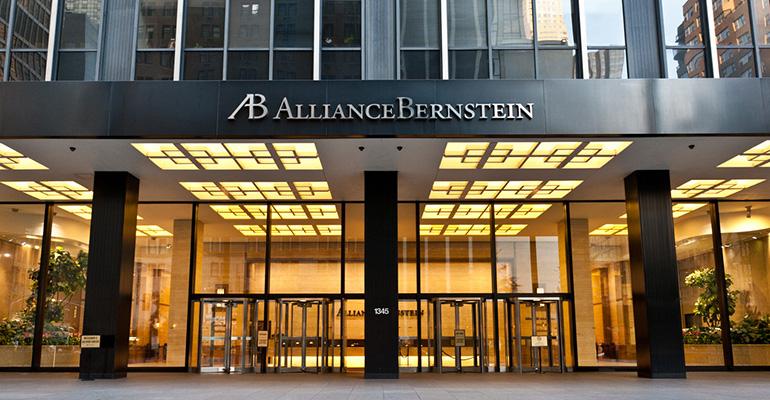 Bernstein's pivot toward ETFs includes stocks that are rated “outperform” by their research analysts and are highly rated in the firm’s quantitative alpha model.

Bernstein, the research shop that garnered a lot of attention earlier this year with a provocative report comparing passive investing to Marxism, has launched two new exchange traded funds based on its sell-side research. The Bernstein U.S. Research Fund (BERN) and Bernstein Global Research Fund (BRGL), issued under Exchange Traded Concepts’ platform, include stocks that are rated “outperform” by Bernstein’s research analysts and are highly rated in the firm’s quantitative alpha model.

“It’s technically a passive ETF, because it follows a given set of rules, but those rules are based on very active ingredients in the form of Bernstein Research,” said Robert van Brugge, chairman and CEO of Bernstein.

When asked about the Marxism paper, van Brugge responded, “You’ve got to separate the debate between active management and passive management from the debate about what is the better package—an ETF or a traditional mutual fund, because those two things are not the same. Even though ETFs have almost become synonymous with cheap and passive, they don’t have to be. That is precisely what we’re trying to do with this product. We’re trying to say ‘here’s an ETF that’s based on very active, fundamental, bottom-up research, i.e. the thing that underpins the entire belief in active management, yet it’s in ETF format.”

The Silent Road to Serfdom: Why Passive Investing Is Worse than Marxism argued the rise of passive investments means the mass of securities march in lock step, dictated by the index, when efficient capital allocation really depends on valuing an individual security on its own merits.

“The Bernstein report was trying to make a broad statement about passive investing in the formation and allocation of capital,” said Dave Nadig, CEO of ETF.com. “That’s a bit of an ivory tower perspective on the nature of capital markets. The reality of day-to-day investing is that ETFs have proven to be the vehicle of choice for all kinds of investors. Even active managers, who may not particularly like the fact that they’re 4 basis point passive ETFs in the world, recognize that if they want to access customers, if they want to access investors, the ETF as a structure has won, regardless of what you do underneath that structure.”

“You have to chuckle a little bit because they probably came out with the most-read, most-impactful anti-passive research report in the last five years, and then you hear them launching ETFs,” said Eric Balchunas, ETF analyst at Bloomberg Intelligence. But he believes these new ETFs could be an innovative product; sell-side research is one of the last places that hasn’t yet been "democratized" by ETFs yet.

“Whether we’ll see this knock down this new frontier of ETFs, where it’s big, gigantic, very intelligent sell-side research shops opening up and basically packaging their stuff into an ETF, is yet to be seen,” he said.

The portfolios include all the stocks that are rated “outperform” by the firm’s analysts. Then, to limit the number of holdings, they screen it further with their published quantitative research; they take the top 60 percent in terms of valuation attractiveness.

Analysts’ recommendations change every couple years, while the quant screens change more often. The holdings are rebalanced every month, and the funds have an annual turnover in the 150-200 percent range, which van Brugge says is high compared to most mutual funds, at about 100 percent.

Each new stock goes in at equal weight, while the others are reduced proportionately. Then they rebalance back to equal weight for all the stocks at year-end. The U.S. fund charges 50 basis points.

Balchunas said it does open them up to potential embarrassment because if their picks don’t outperform over a long period of time, and that could be a stain on their research. Investment gurus tend to get a lot of media attention for bold, bombastic calls, he pointed out. “As long as you make an outrageous call or a strong call or a bold call, you get coverage. But no one ever follows up on it. This will be one big follow-up on your calls.”

ETF.com’s Nadig believes the funds will only appeal to Bernstein’s existing customer base.

“The market for it is a little limited in a sense that if you’ve never heard of Sanford Bernstein before and you don’t particular know anything about their research, you’re not just going to pile into this because you saw a name,” he said.

But van Brugge expects there to be a big market for the funds among registered investment advisors, who no longer have access to in-house research.

“If they were at one of the big wirehouse platforms, they used to get model portfolios, used to get these stock recommendations from their research department, and then when they go off on their own, they’re going without it,” he said. “We believe that this is actually a great way for them to tap into a well-known research brand, where they know there’s a lot of deep fundamental research behind the recommendations and buy it in one, easy convenient package.”

It's a recognition of a trend toward low-cost indexing that many traditional active managers are grappling with. “They’re an active shop that is relatively late to the party and relatively late to embracing and accepting that ETFs, whether they’re truly passive or something else, like smart beta or purely active, they’re here to stay, and that market is growing,” said Todd Rosenbluth, director of mutual fund and ETF research at CFRA.