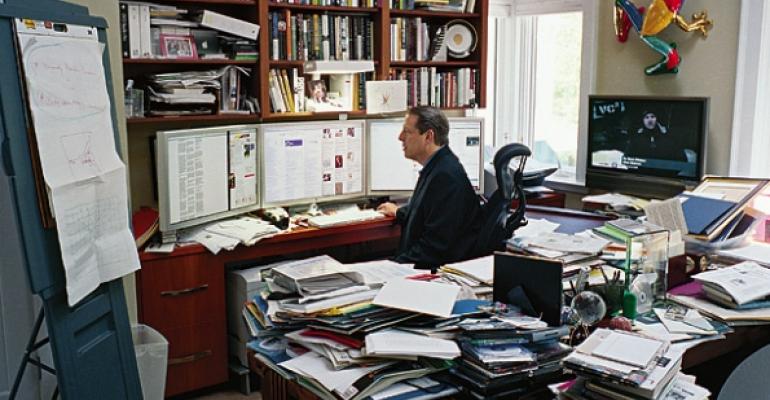 As America Heads Back to the Office, Work-From-Home ETFs Diverge

One of the biggest drivers of performance among the work-from-home funds over the past year has simply been timing.

A clutch of upstart exchange-traded funds launched to capitalize on the shift to remote work during the pandemic are proving that a good theme will only take you so far.

While Direxion Investment’s Work From Home ETF (WFH) has surged 50% since launching last June, a pair of newer challengers from the likes of BlackRock Inc. and Emles Advisors haven’t been as fortunate. Both are significantly trailing the broader S&P 500 index since their inceptions.

But now, with Americans increasingly headed back to the office as vaccination rates rise and lockdowns are lifted, the funds have an opportunity to tweak their strategies. For Emanuel Zareh, senior vice president and portfolio manager at Emles in New York, that means pivoting to names that will not only benefit from people working remotely, but also spending more of their leisure time at home, too.

One of the biggest drivers of performance among the work-from-home funds over the past year has simply been timing.

“We were doing research prior to the pandemic and noticed one of the trends emerging was around remote work,” said Dave Mazza, head of product at Direxion. “No one could predict a global pandemic to the scale that we saw, so we were a bit lucky in that regard to be thinking about the space, and we reacted quickly.”

Of course, buying into firms such as headset maker Plantronics Inc., which is up 1,628% over the past year, and cyber-security firm CrowdStrike Holdings Inc., which has gained 268%, doesn’t hurt either.

The combination of being both the first into the space and the performance leader has allowed Direxion to lure the most cash, too. At $121 million in assets, it dwarfs its rivals, which each have less than $10 million.

For ETF behemoth BlackRock Inc., being the underdog isn’t a position it finds itself in often these days.

Still, head of U.S. iShares Megatrend and International ETFs Jeff Spiegel says the Virtual Work and Life Multisector ETF (IWFH) was built with a five to 10-year outlook in mind.

“We actually see this as a great entry point” into the work-from-home theme, Spiegel said.

“This isn’t a gimmick play,” he said. “This is a trend that’s going to stay here and will be more pronounced for the next decade.”