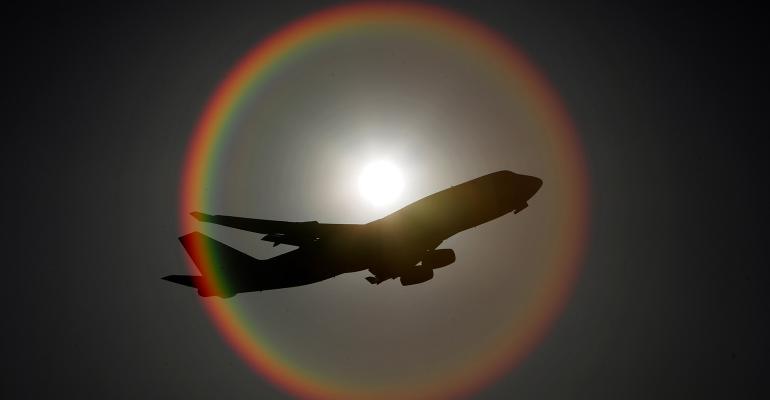 ETFs that offer meaningful exposure to the industrials sector—particularly air freight and logistics—are primed to do well in the second half of 2018, according to a CFRA analysis.

Through CFRA’s MarketScope Advisor platform, clients can benefit from the integrated research tools to sort through sectors as well stocks and ETF investments. For example, we are bullish on the industrials sector heading into the second half of 2018. Not surprisingly, we are also positive on many air freight and logistics, airline companies and the ETFs that offer meaningful exposure to these stocks.

At the Sectors tab of MarketScope Advisor, U.S. Industrials is one of four recommended Overweight sectors, joined by Energy, Information Technology and Materials. In 2018, the S&P 500 Industrials sector is projected to generate 20 percent earnings growth, yet the sector trades a slightly below-average P/E multiple of 17. CRFA Equity Analyst Jim Corridore thinks the disparity between expected EPS growth and valuation is likely to lead to outperformance for the Industrials sector in the second half of 2018 relative to the rest of the market.

CFRA’s equity analytical team is particularly bullish on the air freight and logistics and airline subindustries, which have positive fundamentals and attractive valuations, according to Corridore.

Trends in e-commerce and a growing U.S. economy support CFRA’s positive fundamental outlook on the air freight and logistics subindustry. Corridore thinks recent efforts by the Trump administration to pressure the U.S. Postal Service to raise rates charged to Amazon could be a boon for private sector carriers, which could see market share growth if rates the U.S. Postal Service charges to Amazon and other e-commerce companies are increased. Corridore also sees air freight and logistics providers as well positioned to benefit from strong expected growth in e-commerce volumes, most of which end up shipped by logistics providers, as well as U.S. economic growth, which should drive volumes higher and lead to the opportunity for rate increases.

Via a Research Note published on June 20, CFRA reiterated a Strong Buy recommendation on FedEx Corp (FDX) and a 12-month target price of $300. FDX’s May-quarter adjusted EPS of $5.91 vs. $4.25 a year earlier, was well ahead of our $5.54 estimate and beat the consensus of $5.71. Revenue growth was also above our target. Corridore notes FDX saw strong revenue growth and margin expansion at each of its three major business units.

Using the Stock Screening tool on MarketScope Advisor reveals that CFRA also has a Strong Buy on United Parcel Service (UPS) and a Buy recommendation on mid-cap XPO Logistics (XPO).

Meanwhile, U.S. airlines all reported better-than-consensus EPS for the first quarter of 2018, according to data from S&P Capital IQ. CFRA’s analysis of trends from the first quarter shows that revenues were largely better than expected, aided by higher yields on rising prices and higher cargo revenues due to strength in cargo demand and pricing. While higher fuel costs did impact operating margins, net margins expanded across the board, aided by lower tax rates. CFRA expects rising airfares as we move into the strong summer travel season. We see fuel expenses leveling off near current levels allowing for airlines to grow EPS after recording lower corporate tax rates.

CFRA Strong Buy recommended Delta Air Lines (DAL) had a 5 percent increase in unit revenues in the first quarter, the best momentum of any of its peers, which Corridore attributed to its leading market share among business travelers. Overall, revenues rose 8 percent and were better than CFRA was expecting. While fuel expense rose 20 percent, EPS still came in a penny ahead of the consensus, aided by lower taxes. Corridore is encouraged by the positive unit revenue momentum the company is experiencing and he expects this to strengthen in the summer months. Corridore is also encouraged by what he sees as strong cash from operations, which Delta has used to pay down debt levels, buy back stock and pay a dividend (the stock currently yields 2.2 percent).

Given in part to the favorable view on a diverse array of transportation stocks, CFRA has top ratings on two popular ETFs that focus on this segment of the industrials sector.

Using the ETF research on MarketScope Advisor reveals that the market-cap weighted iShares Transportation Average (IYT) had 30 percent in air freight and logistics companies and 18 percent in airlines. IYT is a concentrated ETF, with 70 percent of assets in the top-10 holdings, including a 15 percent stake in FDX. CFRA finds the stocks inside both attractively valued and having above-average S&P Global Market Intelligence Quality Rankings.

Meanwhile, the equally weighted SPDR S&P Transportation (XTN) has 25 percent in air freight and logistics and 23 percent in airlines. The ETF is more diversified at the security level, with just 28 percent of assets in the top-10 holdings. CFRA also views the stocks inside XTN to be attractively valued.

While IYT has a higher expense ratio of the two ETFs, it trades with a tighter bid/ask spread, according to CFRA research.

Investors in the more subindustry diversified Industrials Select Sector SPDR (XLI) and Invesco S&P 500 Equal Weight Portfolio (RGI) have 12 percent and 13 percent in airlines and air freight and logistics companies combined, respectively. While CFRA has a top rating on these ETFs too, aerospace and defense and machinery companies provide additional diversification.

Reports can be found on MarketScope Advisor, which has been named a finalist for the 2018 Wealth Management Industry Awards.