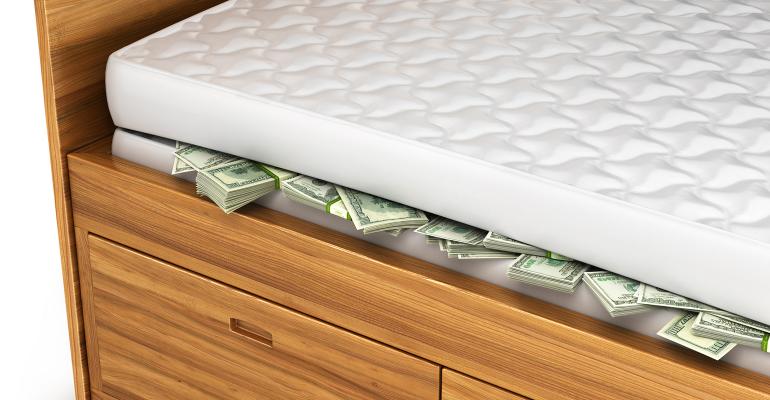 In Wilson vs. U.S., No. 20-603 (2d Cir., July 28, 2021), the U.S. Court of Appeals for the Second Circuit rejected a taxpayer’s attempt to limit tax penalties after failing to report a distribution from a grantor trust.  The story began in 2003, when taxpayer Joseph Wilson moved $9 million to a self-settled trust outside the United States to hide assets from his spouse.  Four years later, Joseph terminated the trust and brought $9.2 million back to the United States.

As soon as Joseph, a U.S. taxpayer, created a foreign trust for his own benefit, he had several U.S. reporting requirements.  As the owner of a foreign trust, Joseph was required to report the trust balance each year of the trust’s existence, 2003-2007, on Form 3520-A.  As the beneficiary of the same foreign trust, Joseph needed to file Form 3520 for each year of the trust’s existence.  Most notably, Joseph needed to report the $9.2 million distribution that he received in 2007 on Part III of Form 3520.  The trust almost certainly generated other reporting requirements for Joseph in addition to Forms 3520-A and 3520.  However, the only penalties Joseph contested in this case were the penalties on his failure to file Form 3520 and Form 3520-A in 2007.  The penalty for failing to file Form 3520 is 35% of the $9.2 million trust distribution.  The penalty for failing to form Form 3520-A is 5% of the $9.2 million.

Joseph argued that the Internal Revenue Service can only charge one penalty for his failure to file, and it has to be the 5% penalty related to Form 3520-A.  His arguments relied on very rigid readings of the forms and the penalty statutes.  A District Court agreed with Joseph and granted him that relief.  On appeal, the Second Circuit rejected all of Joseph’s arguments and held that both the 35% penalty and the 5% penalty applied.

Argument 1:  Joseph argued that technically, he had no obligation to report the distribution on Form 3520.  If Joseph properly reported the trust in 2007, he first filed Form 3520-A as a U.S. owner of a foreign trust.  That form is due a month earlier than Form 3520, and it includes a statement showing all amounts distributed to each U.S. beneficiary.  If Joseph filed both Form 3520-A and Form 3520 as required, then he didn’t need to list any distribution amount on Form 3520.  Instead, he would check a box and attach the beneficiary statement from Form 3520-A.  Joseph interpreted this to mean that he hadn’t “reported” any “amount” on Form 3520, so the penalty should be 35% of $0.  The Second Circuit rejected this argument on two grounds.  Joseph never filed Form 3520-A, so he must fill out every line of Form 3520.  Even if he had filed a timely 3520-A, he still must report his distribution on Form 3520 by attaching a beneficiary statement.  His 3520 penalty is based on the amount reportable, and the amount reportable on Form 3520 is the entire distribution from the foreign trust to Joseph, a U.S. beneficiary.  The reportable amount is the same whether Joseph shows the distribution on an attached schedule or as a dollar amount in Part III of Form 3520.

Argument 2:  Joseph interpreted the penalty statute to say that only one penalty can apply, and when a person is a grantor and beneficiary of the same trust, the 5% grantor penalty substitutes for the 35% beneficiary penalty.  This interpretation is derived almost entirely from the words “a penalty” at 26 U.S.C. Section 6677(a)(2) and the provision at 6677(b)(2) “substituting ‘5 percent’ for ‘35 percent.’”  Joseph argued that the use of the singular phrase “a penalty” prevented the application of two penalties under the same statute.  Extending this argument, Joseph concluded that the singular penalty must be the lower amount of 5% because one subsection of the statute substitutes 5% for 35%.  The Second Circuit agreed that “In interpreting any statute, we start with the plain meaning of the text, and absent any ambiguity, we end there too.” However, the Second Circuit pointed out that words can’t be interpreted out of context.  The first part of the penalty statute says a 35% penalty applies for failure to file any return required under Section 6048, meaning Form 3520 and Form 3520-A.  The next part of the penalty statute limits the penalty to 5% for any return required under Section 6048(b), meaning Form 3520-A.  The Second Circuit holds that the meaning of the statutory text is clear when read together and can’t be interpreted phrase by phrase.  A penalty can apply to each violation of Form 3520-A and Form 3520, and the penalty for any violation of Form 3520-A is limited to 5%.

Other Items of Note

It may be worthwhile to note that the original case in favor of Joseph comes from a federal District Court.  The United States has a specialized federal Tax Court that only hears tax cases, but a taxpayer can choose to be heard in the District Court by paying a tax and suing the United States for a refund.  This case joins a series of cases related to international information reporting in which a taxpayer received a favorable decision at District Court, but lost on appeal.

This case also represents the IRS’ recent focus on 35% 3520 penalties, which can have an unlimited statute of limitations and don’t require a threshold finding of willfulness.  U.S. advisors must be vigilant to spot foreign trusts and to advise our clients regarding reporting obligations and deadlines.