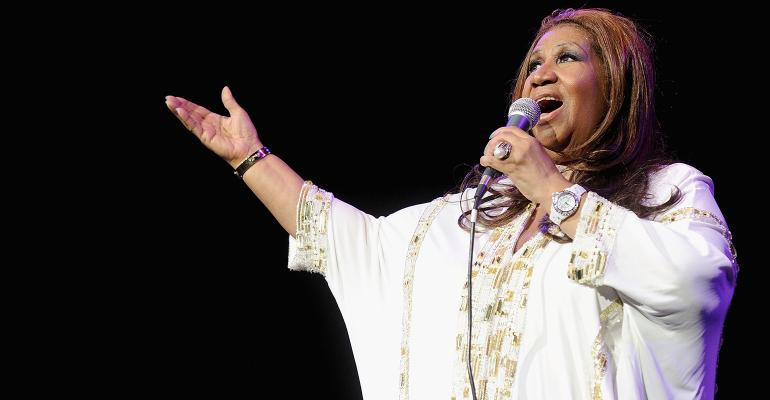 Not having a will or trust doesn’t always negatively impact administration.

Following the death of Aretha Franklin, “chicken little” articles abound—but the reality is that the sky isn’t falling.

Having a plan in place and proactively addressing and understanding the options available for management and disposition of assets is optimal. Proactively planning can result in tax savings and even provide various levels of creditor protection for heirs, especially when shares are held in discretionary trusts. However, the failure to have a will, when the decedent desires an outright distribution to children (especially adult children), isn’t necessarily catastrophic. In the case of Aretha specifically, it may also be notable, that the absence of a written instrument doesn’t necessary mean that no other disposition is in place, as Michigan recognizes oral trusts if the terms can be established by clear and convincing evidence.

Where a decedent isn’t survived by a spouse, the desire to leave an estate to a surviving spouse won’t be thwarted by a share that might statutorily be required to go to a child, in the absence of a will. Property given during life, which the decedent stated at the time of the gift was to be treated as an advancement, will still be treated in that fashion. Debts owed by an heir to the decedent will be allocated and charged to the heir’s intestate share. Adopted children will be treated the same as naturally born children. Exempt property and allowances remain applicable. And, disclaimer planning remains an option.

Concerns over the lack of privacy, when a trust isn’t utilized, may be overstated. In Michigan, unless supervision is requested, the administration of a decedent’s estate generally proceeds independent of court oversight. This could mean that other than statements contained within the initial petition and testimony of heirs required to open probate proceedings, other specifically private information won’t be made accessible to the public. The initial petition and testimony will generally reflect: (i) the name, age and residence of the decedent and whether she died intestate; (ii) the names and addresses of the heirs and whether they suffer from any disability, incapacity or minority; (iii) the name and address of the individual that seeks appointment as personal representative and whether there’s any person with higher priority; and (iv) the person appointed to act as personal representative. Other information that may be ascertained by the public under an independent administration will include: (i) an estimate of the value of the estate, which is often listed in the petition as unknown at the time of filing to protect privacy or which under-values the size of the estate; (ii) the date when administration is completed and the estate closed; (iii) a very general reason why administration needs to be continued if administration must extend more than 1 year from the date of commencement; and (iv) an idea of the size of the estate by applying an algebraic formula to the inventory fee collected by the probate court, which will be reflected on a receipt in the public file.

While it may be advisable for the personal representative to request formal administration as to certain portions of the estate, for example, determining heirs, approving final distributions, obtaining allowance of accounts, which may subject information to public review, the personal representative isn’t obligated to do so. A personal representative may choose to enter into a settlement agreement relative to distributions and/or obtain receipts, acknowledgments or other forms of waivers akin to those utilized in private trust administration which takes place outside of the court system. Anyone who doesn’t have a financial or property interest in the decedent’s estate generally isn’t entitled to notice or other information regarding the estate’s administration.

While the personal representative’s duty to serve an inventory on the interested persons and annually account remain applicable, these documents need not be filed in the public file. The right to receive an account may even be waived.

Having a will or a trust doesn’t guarantee privacy! Should a dispute arise, whether premised upon a claim of breach of a fiduciary duty, undue influence, lack of capacity or other basis or should a cautious fiduciary wish court approval for a proposed course of conduct, supervision of the trust or the decedent’s estate may result. Should this occur, limited or full supervision may result in the need for the filing with the court of (i) all or a portion of the trust or other dispositive document, (ii) pertinent information or allegations relating to the claim or proposed course of action; and/or (iii) accounts and their formal allowance.

If an heir is subject to a disability other than minority, distribution of the heir’s share to a conservator or an attorney in fact under durable power of attorney authorized to receive property on behalf of the heir, as well as other options, can occur. In some circumstances, a special needs trust may even be established to facilitate retention of Medicaid benefits payable to a disabled beneficiary.

The personal representative may close the estate by filing a statement with the court and sending a copy of the statement and accountings to all estate distributees, and if unable to pay off all creditors whose claims weren’t paid and not barred to such creditors. The accounting must reflect, among other things, the amounts paid out of the estate in fiduciary, attorney and other professional fees, but the account need not be filed with the court. If no objections to the account and closing statement are filed within 28 days of filing, the personal representative will receive a certificate of completion. The right to proceed against the personal representative for breach of fiduciary duty will be barred if an action is not commenced to assert a right within 6 months of the filing of the closing statement, except for fraud, misrepresentation or inadequate disclosure related to the settlement of the decedent’s estate. Even if estate property is later discovered, which requires reopening of the decedent estate more than 1 year after the closing statement is filed, a claim previously barred will not be resurrected.

In the case of Aretha Franklin’s estate, all of her children appear to be adults and none were identified as being under a disability. While the estate may require a significant period of administration, as a result of royalties and/or copyrighted assets, the public need not necessarily know any significant facts relating to the estate’s assets or administration beyond that which was disclosed in the initial filings to open the estate.

Engaging in estate planning is always recommended, preferred and can provide benefits not otherwise attainable through the mere intestate succession of assets. However, privacy isn’t necessarily lost and administration need not significantly differ from what might occur under a trust providing for outright distributions to grown children of sufficient capacity.

Whether you follow the fable of Chicken Little or Henny Penny, the moral is either don’t be a chicken and have courage OR don’t believe everything you’re told. In Aretha’s case, it doesn’t appear that the sky is falling. One can only play the cards dealt and when a decedent dies intestate, it becomes important to examine the statutes so that one might avail the personal representative and interested parties of rights, powers and procedures otherwise provided for by statute.