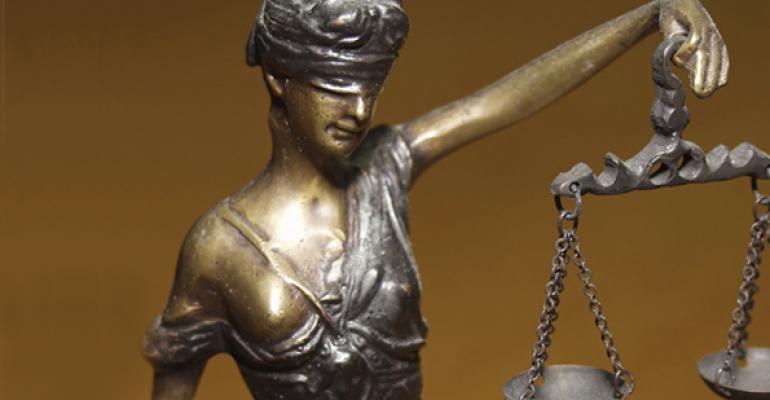 Res Judicata Not a Bar to Beneficiary Liability

In United States v. Whisenhunt, et al., Civil Action No. 3:12- CV-0614-B (March 25, 2014), the U.S. District Court for the Northern District of Texas, Dallas Division, declined to adopt a magistrate’s recommendation that the government’s claim against an estate beneficiary was barred by res judicata.  The court did adopt the magistrate’s conclusion that the beneficiary was personally liable for the estate’s unpaid tax liabilities as the recipient of an individual retirement account distribution.

In 2002, Jacob Lindy Kay died testate, naming defendant Fred K. Whisenhunt as executor.  Whisenhunt had distributed the estate’s assets prior to fully paying the estate tax due.  The Internal Revenue Service assessed penalties on the delinquent taxes.  As of the date the instant lawsuit was filed in 2012, penalties, delinquent taxes and interest totaled $178,406.41.

In 2010, the law firm of Strasburger & Price LLP, as Whisenhunt’s counsel, filed an interpleader action in federal court to determine the appropriate beneficiary of $96,931.24 that was held in escrow.  The estate’s beneficiaries had given the money to the law firm for the purpose of paying income taxes.  The law firm named the federal government (the plaintiff in the instant case), Whisenhunt and several beneficiaries as defendants in the interpleader action.  The government filed an unopposed motion for summary judgment for the funds, and the court found that the government had priority by virtue of a tax lien that attached to the estate’s assets.  Accordingly, the court awarded the government the $96,931.42, in addition to accrued interest.

On Oct. 9, 2013, the court referred the two summary judgment motions to a magistrate.  On Feb. 28, 2014, the magistrate determined that the government met its summary judgment burden to show that Voelker was personally liable for the estate’s unpaid tax obligations up to the value of his IRA distribution at the time of the decedent’s death.  The magistrate also concluded, however, that res judicata barred the government’s claim and recommended that its motion be denied, Voelker’s motion be granted, and the claim against Voelker be dismissed with prejudice.

The government’s objections focused on two issues. First, it claimed that general res judicata principles can’t override Congress’ specific statutory structure to assess and collect estate taxes.  Specifically, the government argued that the “comprehensive structure for tax assessment and collection” that Congress has provided to the government to collect estate taxes “provides a carefully timed sequence of events designed to limit court jurisdiction and empower the United States with a flexible set of collection tools.”  It argued that courts have “uniformly held that res judicata principles cannot alter or limit the statutory structure for tax assessment and collection.”

The district court then focused on the government’s second issue, that its present claim against Voelker didn’t meet the standards for res judicata set forth by the U.S. Court of Appeals for the Fifth Circuit and thus wasn’t barred from consideration.  Specifically, the government argued that the operative facts on which its claim against Voelker turned are different than those on which the interpleader action had been based.  The government argued that the interpleader action considered penalties only.  This case, argued the government, hinged on the date the decedent died, the date the estate filed its estate tax return and the date the estate paid its estate tax.  The magistrate’s findings and recommendation related to the value of Voelker’s IRA distribution, which was unrelated to the claims in the interpleader case.  Thus, argued the government, res judicata didn’t apply.

For res judicata to apply, the Fifth Circuit requires that a four-part test be satisfied: (1) the parties must be either identical or in privity; 2) the judgment in the prior action must have been rendered by a court of competent jurisdiction; 3) the prior action must have been concluded to a final judgment on the merits; and 4) the same claim or cause of action must have been involved in both cases.  With respect to the fourth element, a court must determine whether “the two cases under consideration are based on the ‘the same nucleus of operative facts’”(citations omitted).  In other words, said the district court, it must look beyond claims that were actually litigated and focus instead on “all issues that could have been raised in the previous proceeding given the same nucleus of operative facts.”

The district court agreed with the government that the two cases didn’t involve the same nucleus of operative facts.  The interpleader action required the court to determine who was the lawful beneficiary to the money.  The present case involved a different inquiry: whether Voelker was personally liable for the estate’s tax liabilities.  That determination depended on separate key and undisputed facts, such as: 1) Voelker received a distribution from the estate valued at $526,506.50 at the time of inheritance; 2) he received the property from the estate before the federal estate tax was paid; and 3) at the time the suit was filed, the estate still had outstanding tax obligations in the amount of $178,406.41.  Although the estate’s liability for unpaid taxes supports the government’s positions in both actions, the district court found that the scenarios of the two actions ultimately weren’t parallel, and res judicata wasn’t applicable to the present matter.  The interpleader action involved only the disposition of the money collected by the law firm, and neither the government nor the court had to address Voelker’s transferee liability for the estate’s tax obligations.  The district court also distinguished the instant case from other cases involving res judicata and transferee liability, noting that the government wasn’t attempting to relitigate the tax due or otherwise contest what was settled in the prior proceeding.  Rather, it was moving against Voelker to satisfy the estate’s penalties that remained outstanding.  Though “connected” to the interpleader action by the estate’s underlying liability, the instant case wasn’t “so tethered to the former case that anything which was settled therein must be here accepted or otherwise re-decided by this Court.”  Voelker’s transferee liability wasn’t an issue that was or could have been raised in the interpleader action.  Therefore, the district court found that res judicata wasn’t an appropriate defense and sustained the government’s objection.  The district court also overruled Voelker’s objection that the magistrate should have concluded that the doctrine barred all claims against him, given that the fourth element of res judicata wasn’t established.

The district court also reviewed the pleadings, records and magistrate’s findings and recommendations.  The court adopted the magistrate’s conclusion that the government met its burden to show that Voelker was personally liable for the estate’s delinquent federal estate tax penalties up to $526,506.50, the value of Voelker’s distribution at the time of decedent’s death.