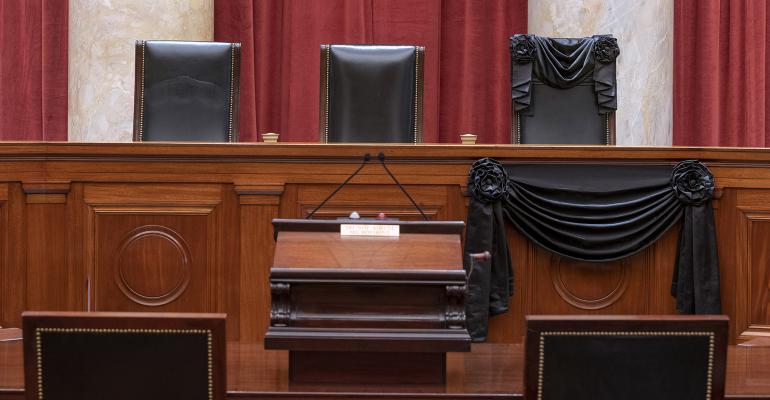 Reflections on some important decisions.

With the passing of U.S. Supreme Court Justice Ruth Bader Ginsburg last Friday, the Court is currently dominating the news and is therefore on the minds of many of us. Will Justice Ginsburg’s place on the bench be filled before the results of the presidential election are known? Only time will tell, but recent events have gotten me thinking about the important decisions that the Supreme Court has made that affect the area of estate planning. While there are many, I’ll focus on only a few.

In an October 2010 Marquette University Law School Faculty Blog post, J. Gordon Hylton opined that the most important decision the Supreme Court made affecting the law of trusts and estates was decided back in 1875. In the Nichols v. Eaton, 91 U.S. 716 (1875), case, the Court was asked to rule on the legitimacy of a spendthrift clause in a trust. Under a spendthrift clause, the beneficiary of a trust is restricted from alienating his interest, either voluntarily or involuntarily. That is, it protects one’s beneficiaries from the claims of their creditors. The trust in question provided a lifetime interest for the beneficiaries but also provided limitations on the ability of creditors to reach the life interests. The Court refused to invalidate the spendthrift provisions, paving the way for spendthrift trusts to become commonly used.

The Supreme Court’s decision in United States v. Windsor, 570 U.S. 744 (2013), radically changed estate planning for same-sex married couples. With marriage comes certain tax privileges. The unlimited marital deduction allows spouses to transfer as much as they want to each other, either during life or at death, without having to pay federal estate and gift taxes. Until the Windsor decision, same-sex married couples didn’t get the benefit of the marital deduction. By striking down the definition of marriage contained in the Defense of Marriage Act as between one man and one woman, the Court made many laws and regulations applicable to same-sex married couples. Those laws and regulations having to do with estate planning include, but are not limited to, portability (the ability of a surviving spouse to use the deceased spouse’s unused estate tax exemption), gift splitting (doubling the amount you can give to each recipient annually without having to pay gift tax), the right to be the sole primary beneficiary on a company retirement plan and the ability to roll over a deceased spouse’s IRA into one’s own.

The Court’s 2014 decision in Clark v. Rameker, 134 S. Ct. 2242 (2014), impacted how practitioners plan for the inheritance of an individual retirement account. In the hands of the individual who contributes to an IRA, the account is typically protected for bankruptcy purposes. However, the Court ruled that the same doesn’t apply to someone who inherits an IRA. In light of this decision, many estate planners now consider using a plan involving a spendthrift trust and naming the trust as the beneficiary of an IRA instead of an individual.

While we have no control over the political maneuvering that will be taking place over the next several weeks, we do have control over what we can do now to properly plan for a smooth transition of our assets to our loved ones.