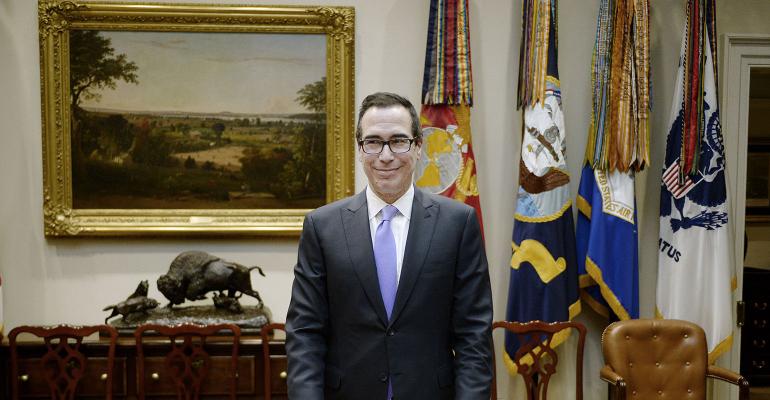 Professionals Could Have Lower Tax Rates Than Their Employees

We welcome you to Mnuchin land.

Ostensibly inspired by Kansas, the Trump and Ways & Means tax plans would reduce but not eliminate taxes on pass-through entities.

If the low tax on pass-through income is enacted, professionals now doing business as LLCs, etc., or who become LLCs, will pay lower taxes than their secretaries and other employees.

Treasury Secretary Steven Mnuchin says that the low pass-through rate would be drafted in a way that it “won’t be a loophole for rich people who should be paying higher rates.”

Does the Wizard of IRS have enough employees to assure that every farmer and his cow won’t be able to take advantage of a special low pass-through tax rate?

1 When I graduated from law school, one of my classmates was a double threat: a lawyer and a notary. Back then, notaries got 25 cents per document. A large admiralty law firm had 600 documents to be notarized. My classmate, the lawyer/notary, landed the job and made $150 for the day. That was more than he made in a week as a law firm associate. They may have also given him lunch.

© Conrad Teitell 2017. This is not intended as legal, tax, financial or other advice. Check with your advisor on how the rules apply to you.