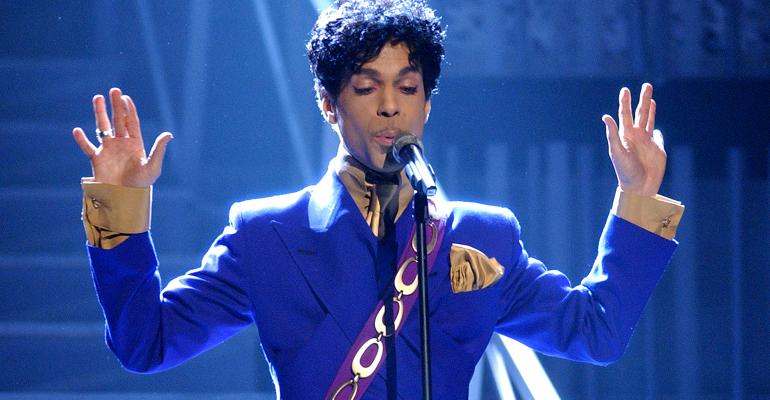 A portion of the protracted legal battle will finally be put to rest.

The legal battle between the Internal Revenue Service and the estate of Prince has finally been settled, according to a Nov. 30 Tax Court order.

Judge Mark V. Holmes has called off the trial that was set to start on March 21, 2022, writing that the parties have reached a settlement agreement. The settlement now awaits approval at the state level, as the estate remains under the supervision of a state probate court. The terms of the settlement aren’t publicly known.

Harvey I. Bezozi, a tax expert based in Boca Raton, Fla., notes that this case reminds him of the recent IRS settlement with the Michael Jackson Estate. "Valuations are always highly scrutinized, and can vary greatly due to their subjectivity especially when dealing with non-mainstream items like a superstar’s name and likeness. That being said, valuing estate assets is of utmost importance with every music estate I represent," says Bezozi.

The estate’s already protracted legal battle was complicated further when the IRS claimed the estate had undervalued its worth by nearly 50%, or some $80 million, in a filing last year.

Related: With No Will, Prince Loses the Control He Zealously Guarded

The estate’s administrator, Comerica Bank & Trust, and the tax agency’s values differed greatly on everything from Prince’s real estate assets to music rights and particularly the value of the late pop star’s name and likeness. In total, a June 2020 IRS notice of deficiency claimed that the estate owes an additional $32.4 million in federal taxes as assessed by their expert’s valuation, plus a $6.4 million penalty. Comerica responded with an August 2020 petition contesting the alleged deficiency.

According to Tax Notes, prior to this settlement, the parties had already reached an agreement in June this year regarding the real estate assets after “they agreed on the values of 14 property interests owned directly or indirectly by Prince.”