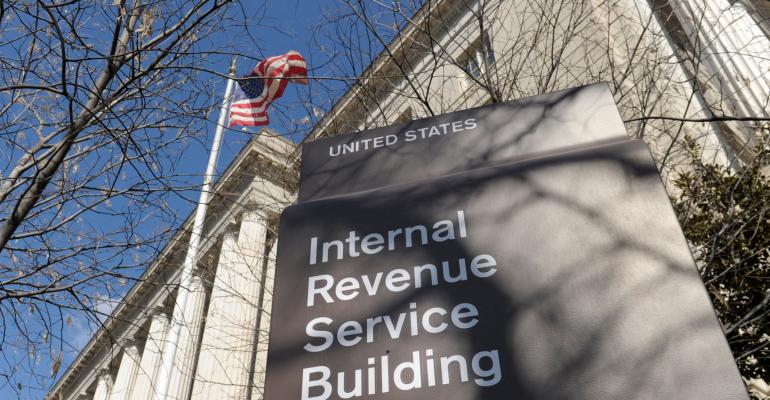 In a private letter ruling of first impression, the Internal Revenue Service expanded Section 1035 exchanges to include the exchange of one non-qualified annuity for another after the owner's death.  PLR 201330016 (July 26, 2013) opens a valuable opportunity for life and annuity agents, tax professionals and estate planning attorneys when advising beneficiaries by allowing for more flexible management of these accounts.

The taxpayer's mother died, and the taxpayer timely elected to receive the death benefit provided by each annuity contract over her life expectancy.

To take advantage of an opportunity to increase her payout, the taxpayer applied for a new annuity contract with a different company.  The values of the amounts due the taxpayer from the original contracts were to be remitted directly to the new company, which would then credit these amounts to the new annuity.  Under the new annuity, the taxpayer was granted the same rights available to an owner of an annuity, except that she couldn’t transfer ownership, and she couldn’t make any new purchase payments other than the assignment of the amounts due her from the original contracts.

The new annuity was a deferred variable annuity contract, but was bound to immediately commence making payments that would continue the payouts being made by the original annuity companies in an amount determined pursuant to new annuity.

Internal Revenue Code Section 1035(a)(3) provides that no gain or loss is recognized on the exchange of an annuity contract for an annuity contract, as long as certain requirements are met. IRC Section 1035(b)(2) defines an annuity contract for these purposes to be a contract of endowment insurance (that is, a contract with an insurance company, which depends in part on the life expectancy of the insured, but which may be payable in full in a single payment during his life), which may be payable during the life of the annuitant only in installments.  This exception was designed to eliminate the taxation of individuals who merely exchanged one insurance policy for another better suited to their needs and who haven’t actually realized gain.  IRC Section 1035 exchanges are limited to cases in which the same person is the obligee under the contract received in exchange as under the original contract.  In addition, the transmission of funds must be directly between the life insurance companies for the transaction to qualify as a tax-free exchange.

The IRS ruled that the taxpayer’s direct transfer of the value of the original contracts to acquire the new contract is an exchange of annuity contracts within the scope of Section 1035(a)(3).  In granting the favorable ruling, the IRS pointed out that the following conditions were met:

·      The new annuity contract continued the terms of the taxpayer's election to receive the interest over her life expectancy,

·      The taxpayer became the owner of the original annuities on her mother's death for purposes of Treasury Regulations Section 1.1035-1(c),

·      The new contract was also an annuity contract.  The combination of the new contract, the election form and the contractual agreements taxpayer made when applying for the new contract obligated the annuity company to pay the taxpayer the entire interest her mother had in the original annuities consistent with the distribution regime required by Section 72(s)(2),and

·      The value of the original annuities was transmitted directly to the new annuity company.

Opportunity to Beneficiaries of Annuities

Previously, beneficiaries of annuities were bound by the terms of the inherited annuity, without much flexibility for change.  This PLR provides a huge opportunity to beneficiaries of annuities who wish to exchange their inherited annuity for an annuity with more favorable options, such as offered investments or lower fees.  Whether annuity companies will allow similar exchanges, however, remains to be seen.  In addition, PLRs are only binding on the IRS for the taxpayer who requested the ruling, and they can’t be cited as precedent.  PLRs do, however, provide important insight on how the IRS would likely rule on similar issues and helps shape planning strategies. Accordingly, an exchange of an inherited annuity for one with a better payout, higher rated company and/or lower fees is now an option that should be considered and discussed with clients.