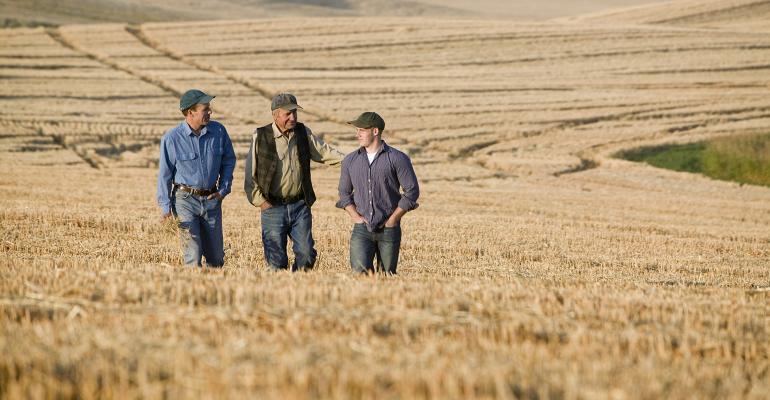 Parents Shouldn’t Wait to Pass Down Their Wealth

They can help their children build financial security now.

(Bloomberg Opinion) -- In the coming decades, a Great Wealth Transfer will be upon us. Gen Xers and Millennials are expected to inherit trillions of dollars. Some estimates say as much as $68 trillion will be passed down from Baby Boomers.

For parents (or other family members) who indeed plan on leaving behind a financial legacy, it can be far more effective to gift early instead of waiting for the triggering event of your death to transfer wealth. This idea tends to elicit a negative reaction. Afterall, the risk of passing on money too early, or at all, is it will lead to spoiled kids and little motivation for them to be successful. It’s a valid concern, but gifting early could also help someone flourish and build their own legacy, as access to capital creates more opportunities.

A common refrain when discussing generational wealth is, “The first generation makes it, the second generation builds it and the third generation blows it.” Such idioms come into existence because they have a kernel of truth. Family fortunes have been built and lost in just a few generations, which may be why some parents are reluctant to pass down their wealth too early.

There’s a strain of the “bootstrap” narrative that pervades in this thinking: The concept is that if you withhold an inheritance, your child will be forced to pull themselves up by their bootstraps and make something of themselves on their own merit. They’ll be less likely to overindulge and loaf around.

Or perhaps parents think, “No one handed me seed money or paid for my college education or bought my first home, and look what I did.” Is that true, though? Can everyone replicate your level of success? Is it not perhaps a confluence of timing, talent and a dash of luck (or a strong labor market, affordable housing, etc.) that propelled you forward?

Millennials are already predicted to be the first generation to be worse off than their parents. This isn’t for lack of participating in the system that promised success. According to a report from Pew Research Center, 39% of millennials aged 25 to 37 have a bachelor’s degree or higher compared to approximately 35% of Baby Boomers. According to New America’s The Emerging Millennial Wealth Gap report, “Millennials now have 41% less wealth than a similarly aged adult in 1989.”

Tough love can be a motivating tactic for some, but it doesn’t guarantee successful children. Instead of withholding an inheritance from a child until your death, when the child may be in their 40s, 50s or even 60s, why not gift early to encourage your children to start building their own financial freedom?

See the impact of your legacy. One benefit to beginning the gifting process early is being alive to see how your children benefit. You can watch and advise them on taking risks, making key purchases (like owning a home or an investment property) and enriching their lives.

Access to resources and capital has long made a huge difference in the ability to build and innovate. Many of the currently notable wealthy men and women in this country had seed money from a family member or a free place to live while building a business or access to a network and resources. And yet we still often herald these people as “self-made.” They’re not. Yes, there are outliers and expectations to the rule, but they’re rare.

We often fixate on the ultra-wealthy, but there are many ways to pass on legacy. Not all legacies have to be about passing on a fortune. Some are simply about reducing economic struggle. Providing support like paying off medical debts, heavily subsidizing the cost of college education, contributing to 529 Plans or similarly setting aside money for grandchildren’s educational expenses are ways to pass on your legacy that often aren’t framed as gifting early.

These aren’t the cash-in-hand gifts we often thinking about when we discuss passing on wealth, but enabling your children to get out (or stay out) of debt is a gift toward helping them build financial security.

Not ready to gift early (or at all)? Be open. It’s a parent’s prerogative on how they plan to spend and gift their wealth. It can all be donated to an important or beloved cause, given to a specific family member or spent entirely before death. Someone simply being your child doesn’t buy them the entitlement to your money in their adulthood.

However, if you plan to leave your child with nothing, it’s wise to tell them — particularly if your child is aware of your wealth and assumes they’ll inherit at least some of that money. Listen, I get that your child should not be counting coins that aren’t theirs too early, but it’s important to ensure that their financial planning isn’t built upon an assumption of inheritance.

Should you plan to pass on wealth in a trust or in your will after your death, then you may want to have a discussion about that with your children so they can actually incorporate that into their financial futures. It could make a difference in the level of career or investing risk they’re willing to take today, how they save and invest for their own lives or even if or when they’d start a family of their own.

To contact the author of this story:
Erin Lowry at [email protected]