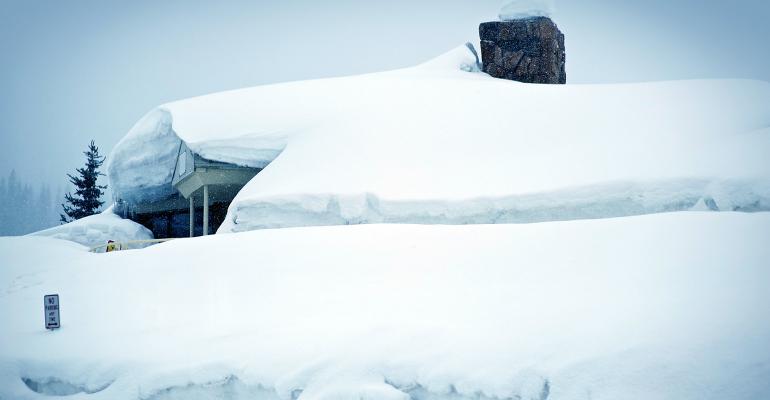 Now’s the Time to Winterize Those ILITs

Interest in estate tax liquidity may recede for now, but interest in insulating exposed plans should snowball.

A couple of months ago, I wrote about a group of boomers who were talking about a webinar they would like to attend. The webinar would be about planning for possible dependency when they get “old.”

Now, the group is together once again. The subject this time is estate planning. More particularly, the subject is estate tax planning. Let’s tune in. We won’t identify the speakers. We’ll just capture what they’re saying.

Has the Storm Passed?

“Back when we met last time, some of us were hearing from our estate-planning attorneys and our life insurance agents about some bad stuff that was going to happen to our irrevocable life insurance trusts, our ILITs. Basically, if you can say ‘basically’ about any of this stuff, what was proposed would have destroyed the foundation of some plans and made any plans left standing a lot more expensive to maintain. Well, apparently, whatever that stuff was, it never materialized.”

“I know what you’re talking about. In fact, my life insurance agent sent me an article by two guys named Brody and Ratner. He walked me through the article and pointed out specifically how and why certain of our current plans could be upset by the proposed changes. I don’t know what your plans are, but in our case, our continued support of the ILIT with gifts would have had adverse estate tax implications. He’s urging us to assemble our planning team to think through the options for getting our plan out of harm’s way.

“So, are you going to do that? I mean, is it really necessary?”

“I told him that I appreciated his concern but didn’t think I needed to do anything. From what I can tell, the storm has passed. The estate and gift tax laws aren’t scheduled to change for another few years and, who knows, maybe for a lot longer than that. The exemption is now something like $12 million and change, which means over $24 million for some of us. Are you kidding me? We’re fine. And, our annual gifts apparently won’t cause a problem after all. So, basically again, if it ain’t broke …”

“Anybody else want to chime in?”

Need for an Exit Strategy

“I do. Our case is different from yours in the sense that our game plan for supporting the ILIT involves loans, not cash gifts. But here’s the rub. My agent and everyone involved in setting up that plan told us at the outset that we needed to build in what they called an “exit strategy” to deal with the loan before it became a problem. Well, I never got around to that. You know how it goes. But, apparently, whatever they were proposing would have made it very difficult and expensive tax-wise to create that exit strategy. In fact, some of the techniques I would have used for the exit might no longer even be available. In his own way, he’s telling me that my plan may not be broke today, but it’s on borrowed time and, if and when it does break, it could be too expensive to fix. Anybody else?”

“Well, here’s the message that I’m getting from all quarters. ‘You know what you have. We told you how much damage those proposals would have done and how expensive the repair bill would have been. You shouldn’t take the risk of being complacent. The changes that were scuttled back in the fall could very easily be brought back into play.’ Our attorney said, ’Don’t think for a minute that the legislative text isn’t still on their word processor. And don’t assume that if and when the proposals resurface, you’ll have ample time to figure out what to do and get it done. Last fall, we saw that things happened so fast and with such uncertainty about the effective date that it was nigh unto impossible to get everyone and everything together to react. And by the way, another reason not to be complacent is that interest rates could be moving up soon and that’s not good for the planning techniques you might use to make your plan more efficient, let alone to cope with any tax changes.’ The bottom line is that now we, meaning clients and advisors, have the time to take a deliberate approach to shoring up any plans that would be adversely impacted by those changes.”

“You’re not alone about that exit strategy business. My tax advisor sent me that same article. We just got off the phone talking about this year’s income and gift tax returns. She gently reminded me that we had discussed various ways of what she calls “funding the ILIT” on more than one occasion. Again, it’s all about an exit strategy. She told me that, based on those proposals, if I put off funding the trust too much longer, the only thing that could exit will be the exit strategies. The point, she said, is that I may as well do now what I could and should have done a while ago while I still can. Can’t argue with that! So, we’re meeting with her and others next week.”

“You know, I have to run soon because I have a tee time. I have also decided to get moving on this, mainly because of something my agent said that really got our attention. She said, ‘Don’t worry. We’re not talking about further wealth transfer. I know that you’re done with that. All we’re talking about is moving the plan that you’ve already invested so much in to higher ground. It’s about minimizing the potential tax and cash flow impact associated with protecting that investment.’ I had to remind myself that she’s generally been right about things like that. It just takes me 10 to 15 years to realize it and another few years to admit it. Only kidding. So, I thought, why wait?”

“OK. You make a lot of sense, as usual. You’re right, why wait and run the risk of getting caught in the rush all over again? I’m sending a message right now to my agent, my attorney and my tax advisor to schedule a call. I’ll see all of you on the webinar next week.”