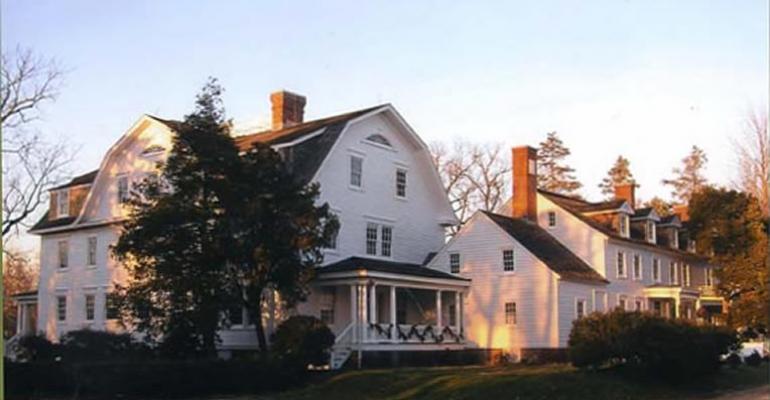 No Standing to Enforce a Charitable Trust

A recent New York appellate court decision – the latest in the tumultuous saga of Gardiner’s Island in the town of East Hampton, N.Y. – provides a nice opportunity to re-visit the rules regarding who has standing to enforce a charitable trust.

Lion Gardiner, an early English settler, is said to have purchased the island in 1639 from the Montaukett Indians in exchange for a large black dog, some powder and shot and a few Dutch blankets.  He also secured a charter from England making him “Lord of the Manor” and giving him the “right to possess the land forever.”  Lion himself called the island the “Isle of Wight,” but it’s since become known as “Gardiner’s Island.”

Gardiner’s Island is home to forests, meadows and streams, treasure buried by William Kidd, New York’s first witch hunt (and trial) and Sagtikos Manor, a 10-acre plot improved with a historic manor house where George Washington once slept while president.  The original house burned down in 1947, and then-owner Sarah Diodati Gardiner built the current house that same year.

When Sarah died, she left the Gardiner’s Island property in trust to her nephew, Robert David Lion Gardiner (Bob), and her niece, Alexandra Gardiner Creel.  Bob saw himself as the custodian of his family’s history and, in addition to giving tours of the island himself for many years, allowed the Sagtikos Manor Historical Society to maintain the property and give tours as well. All the while, Bob was deeply concerned that his sister’s family was secretly plotting to sell Gardiner’s Island off to developers and destroy the place he loved.  For roughly 30 years, Bob was embroiled in highly-publicized fights over the ownership and development of the island with his niece, Alexandra Creel Goelet, who eventually inherited her mother’s interest when she died.

Bob had no children, but he established a charitable foundation – the Robert David Lion Gardiner Foundation – and conveyed the manor to the Foundation, in trust, in 1985.  Bob didn’t name specific beneficiaries of the charitable trust, but provided generally that the Foundation’s purpose was, among other things, to educate and inform the public about the history of the area and encourage and sponsor existing and future historical societies relevant to the area’s tradition and heritage.  In 2002, while Bob was still alive, the Foundation sold the manor to Suffolk County.  The Historical Society wasn’t aware of the sale at the time, but later entered into an agreement with the County to continue its maintenance and preservation of the manor.

Bob died in 2004, leaving his estate in trust for the benefit of his wife, Eunice, during her lifetime, with the remainder to the Foundation when she died.  Eunice died in 2011, at which time the trust contained over $80 million, which was distributed to the Foundation.

No Standing to Sue

The Historical Society filed suit in the Suffolk County Supreme Court, seeking a declaratory judgment that Bob’s intent had been to preserve and support the manor, that this was the true charitable purpose of the Foundation and that the Historical Society was an intended beneficiary.

The Foundation argued that the Historical Society lacked standing and that, therefore, the case should be dismissed, but the trial court denied the motion.  The Foundation appealed.  The appellate court applied the general rule (codified by statute in New York) that persons who may be affected by the administration of a charitable trust but who aren’t identified beneficiaries lack standing to commence an enforcement action.1 Rather, the attorney general typically represents the beneficiaries of charitable trusts and is tasked with enforcing their rights.

There are limited exceptions to this rule.  For example, courts often find that co-trustees, former trustees, directors of a charitable trust and other similarly-situated fiduciaries have standing to represent the beneficiaries in an enforcement action against the current trustees.  Additionally, a party may have standing based on a “special interest” in enforcing the trust if it’s one of a class of intended charitable beneficiaries entitled to a preference.  The class of intended beneficiaries must be sharply defined and limited in number for this exception to apply.

As it turned out, the Foundation had amended its certificate of incorporation in 1987.  The amendment stated that its charitable purpose included educating the public about state and local history and encouraging and sponsoring existing historical societies.  The Historical Society wasn’t named as a beneficiary, and therefore wasn’t part of any sharply defined class with standing.  Notably, the fact that the purpose had been amended was inconsequential, as the Historical Society wouldn’t have made the cut under the original stated purpose either.

Bob didn’t name any specific beneficiaries, so with no sharply defined class to speak of, the attorney general may be the only one with standing to bring an enforcement suit against the Foundation.  To date, it’s declined to do so.