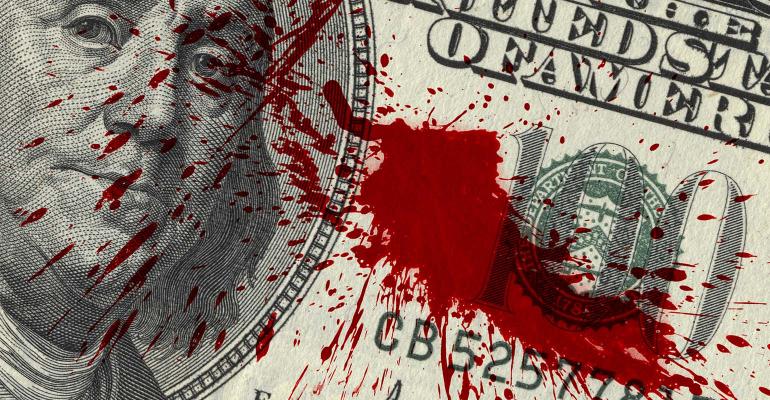 In a story that sounds straight out of a Netflix crime thriller, Nathan Carman, a 28-year-old Vermont man, is being accused of murdering his mother, Linda Carman, and grandfather John Chakalos to inherit the family fortune. Nathan was arraigned on multiple fraud charges, including defrauding the family estate and a first-degree murder charge in a Vermont federal court last week, to which he pleaded not guilty on all counts.

In an allegedly elaborate premeditated scheme, Nathan is said to have lured his mom on a fishing trip off the coast of New England in 2016. During that trip, the boat they were on sank. Nathan was rescued eight days later, after a commercial ship spotted him floating on a life raft. Linda’s body was never recovered. Federal prosecutors stated in the indictment that Nathan planned to report the sinking of the boat and his mother’s disappearance as accidents and that he tampered with the boat ahead of the trip making it unseaworthy. Even though Nathan denied harming his mother, he stated in court that it’s not considered a criminal offense to abandon her on a sinking boat.

Court documents also revealed that Nathan has been treated for mental health issues since a young age and that he’s avoided any treatment since reaching adulthood.

As if the case wasn’t bizarre enough, the alleged scheme to inherit his grandfather’s estate dates back even further. Prosecutors claim that Nathan was responsible for the murder of his grandfather, John, a wealthy real estate developer, back in 2013. Nathan allegedly shot John in his sleep with a rifle Nathan owned, but Nathan was never charged in the case. Despite denying any involvement, the indictment accuses Nathan of discarding his computer hard drive and the GPS unit that had been in his truck the night of the murder. Nathan was also said to have been the last person seen with John the day of his murder.

According to NBC News, Nathan spent a lot of time with his grandfather during 2012 and 2013, and John deposited $550,000 into Nathan’s bank account (which he quickly spent in a matter of a few years) at some point prior to his death. The indictment further alleges that, during the same time period, Nathan convinced his mother to designate him as a beneficiary of her inheritance, a $42 million estate that was bequeathed to Linda and her three sisters by John.

After the death of their sister and father, Linda’s sisters publicly accused Nathan of both murders and took him to court, filing what’s known as a slayer petition, to try to prevent him from inheriting. Nathan countered their claims, claiming that they themselves had substantial motive to kill John. In a separate case, Nathan also accused his grandfather’s young mistress and her boyfriend of potentially killing him, citing money and greed as a motive. Nathan has vehemently refused to take a lie detector test in connection with his grandfather’s murder.

As is clear in this case, Nathan appears to have struggled with mental health issues from a young age, but it’s reported that he stopped treatment as soon as he reached an age at which he was responsible for his own decisions. Although it’s unlikely that any amount of planning can prevent the events that transpired here, it’s possible to use planning to encourage certain behavior. One way to do so is to make contingent gifts. “As long as contingent gifts align with public policy and there’s a practical mechanism for their enforcement, these types of gifts have been upheld,” says Jessica G. Babrick, shareholder/director at Weinstock Manion in Los Angeles. “For example, it’s not uncommon to require a child to finish college or remain drug-free to receive a bequest from a trustor. Here, there could have been language that required Nathan to receive a certain amount of counseling on an annual or monthly basis to receive his gift,” Babrick continued. “Another option would be to require Nathan to submit to annual exams by a physiologist or psychiatrist and have the report provided to the trustee to determine whether the mental health requirements are met.”

Can He Still Inherit?

As far as the fate of Nathan's inheritance, "If Nathan is found guilty of murdering his mother, there are statutes to prevent him from receiving any inheritance either as an heir of her estate or as a beneficiary of her trust," says Babrick. According to Babrick, in California, a person who feloniously and intentionally kills a decedent is prohibited from receiving any property, interest or benefit under the decedent's trust or estate. If Vermont probate code applies in this case, it's similar to California’s in that it prohibits an individual from inheriting from a descendent who they killed. "If the individual intentionally or unlawfully kills the decedent, the individual’s share in the decedent’s estate shall be forfeited and pass to the remaining heirs or beneficiaries," Babrick concludes.