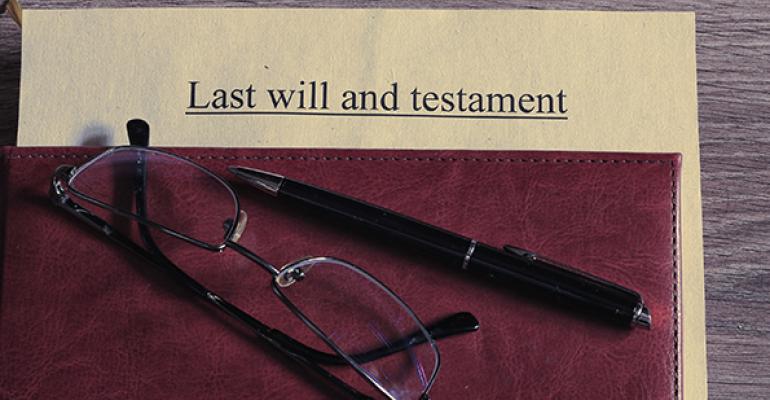 The taxpayers sought guidance from the Internal Revenue Service as to potential tax consequences of the transaction. Specifically the taxpayers were interested in the tax consequences flowing from the termination of the GST taxable marital trust. In PLR 201615004 (released April 8, 2016), the IRS made three rulings with respect to these facts.

In Revenue Procedure 2001-38, the IRS set forth a rule that a qualified terminable interest property (QTIP) election is treated as null and void when the election isn’t necessary to reduce the estate tax liability to zero. In the present case, the estate tax liability would have been zero even if the executor failed to make a QTIP election for the GST taxable trust because the surviving spouse had an income interest and testamentary general POA sufficient for her spouse’s estate to receive a deduction under Internal Revenue Code Section 2056(b)(5). Reaffirming the rule in the Revenue Procedure and finding the QTIP election was null and void, the IRS concluded in the PLR that the property held in the GST taxable marital trust isn’t includible in the gross estate of the surviving spouse under IRC Section 2044. Thus, because there’s no valid QTIP election and no “qualifying income interest,” the surviving spouse isn’t treated as making a gift under IRC Section 2519 by disposing of the income interest with respect to the property. No GST tax consequences resulted from the release of the income interest, as there was no deemed gift under Section 2519.

Though no gift resulted under Section 2519 as the result of a release of a “qualifying income interest,” the release of a general POA creates a taxable gift under IRC Section 2514(b). When a donor transfers an interest in property for less than adequate consideration, Treasury Regulations Section 25.2512-8 values the gift as equal to the value of the property transferred by the donor that exceeds the value in money or money’s worth of the consideration given therefor. Accordingly, when the surviving spouse released her POA and transferred the assets of the GST taxable trust for less than an adequate and full consideration, the surviving spouse is deemed to have made a gift. While the IRS declined to make a factual determination as to the value of any gift, it indicated that only the excess value of the fair market value of the GST taxable marital trust assets at the time of the release over the value of the consideration received by the surviving spouse in exchange for those trust assets would deemed a taxable gift.

IRC Section 2652(a) deems the donor of any gift to be the transferor. To the extent a taxable gift was made when the general POA was released over the assets held in the GST taxable trust, the IRS concluded that the surviving spouse was also deemed to have been the transferor for GST tax purposes.