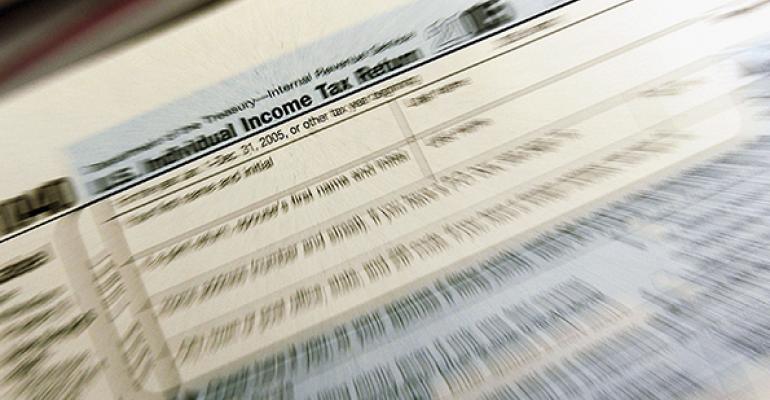 Income tax filing season has arrived.  Executors and trustees overseeing portfolios of real estate or interests in businesses holding tangible property have a new set of complex and far reaching regulations to contend with.  Despite the burdensome nature of the new rules, if followed properly, many clients have the potential to receive massive reductions in their 2014 tax liability.  Given scant attention by the traditional trusts and estates literature, these new rules involve other professional practice areas.

The tangible property regulations, also known as the “repair regulations,” were finalized in September 2013 and are effective for tax years beginning on or after Jan. 1, 2014.  They are the Internal Revenue Service’s attempt to codify comprehensive guidance for taxpayers as to how they should account for expenditures related to tangible property.  Prior to the issuance of the new regulations, taxpayers were forced to comply with a patchwork of IRS guidance and Tax Court decisions that were often in conflict with each other.  This new set of rules attempts to more closely align IRS guidance with precedent set in court cases over the course of many years.  Crucially, enforcement of the “use it or lose it” concept with respect to depreciation deductions requires most taxpayers (with exceptions for those qualifying for small business relief) to apply for accounting method changes to avoid the denial of deductions on IRS examination.

Generally, when businesses or real estate owners spend money to acquire, improve or repair tangible property such as a building, equipment or furniture, these expenditures are either: (1) capitalized and depreciated over time, or (2) deducted as ordinary and necessary business expenses.  In the case of rental real estate, which is the primary focus of this article (though the regulations impact all taxpayers with business-use tangible property), the difference between accounting for an item as a current year expense as opposed to depreciating that same item over 39 years is significant enough to be a major purchase decision consideration.  That is, the tax treatment of these transactions can truly alter the economics of the purchase.  Though they touch on many topics, the core of the new regulations is the IRS’ attempt to guide taxpayers in their decisions of whether to deduct as a “repair” or capitalize as an “improvement.”  According to the regulations, an expenditure must be capitalized as an improvement if it represents a restoration, adaptation or a betterment to a unit of property.  Should the expenditure fall outside of these three categories, it must be deducted as a repair expense.

Frequently, after business transactions, relevant tax law changes.  One crucial and unique aspect of the new tangible property regulations is they require taxpayer application as if they had been in effect from inception.  This necessitates a review of depreciation schedules and general ledgers to identify whether expenditures related to tangible property would have been accounted for differently were the new regulations in effect at the time of purchase.  The result of this analysis is a cumulative adjustment, either a one-time reduction of 2014 taxable income or a taxable income increase recognized over four tax years.  When it comes to applying the new rules to building repairs and tenant build-outs, many practitioners are finding taxpayers have historically “over-capitalized.”  In fact, many investors in rental real estate are set to receive exceptionally large tax deduction windfalls on their 2014 tax returns that relate to expenditures previously capitalized as improvements that represent deductible repairs under the new regulations.  We don’t intend to provide a detailed analysis of the regulations.  Rather, we attempt to emphasize to executors and trustees certain important points to ensure they uphold fiduciary responsibilities.

How to Handle 2014 Tax Filings

We recommend that executors and trustees contact controllers or CPAs for their underlying investments to confirm necessary knowledge and procedures for implementation of the new regulations.  Many CPA firms not specialized in real estate may lack sufficient understanding of the complex new rules and staffing for the time consuming compliance details that are necessary to calculate the potentially significant 2014 tax savings.  With calendar year fiduciary and partnership tax returns both having extended due dates on Sept. 15, the work to calculate the cumulative adjustment to be reported on 2014 tax returns should begin as soon as possible to avoid incorrect or late filed returns.

An application for a change in accounting method (Form 3115) reports the “cumulative adjustment” (technically referred to as a Section 481(a) adjustment).  The Form 3115 will contain the Section 481(a) adjustment and can only be prepared after a thorough review of the taxpayer’s historical tangible property expenditures.  To complete the calculation of the Section 481(a) adjustment, supporting documentation for the expenditures must be compiled.  Generally, the most appropriate starting point for this exercise is the depreciation schedule for the property.  However, in most cases, this schedule won’t contain all necessary information.  With respect to a repair project undertaken by a building owner, one will often have to understand the nature of the work performed, create a breakdown of the costs incurred, calculate the work area as a percentage of the building as a whole, identify whether the work performed represents tenant improvements and gather other information as needed to make the appropriate tax classification.  Supporting information can come from retained invoices, cost segregation studies, public databases and even testimony from building managers.  We highly recommend that qualified real estate tax advisors play a substantial role in the decision process with respect to the calculation of the Section 481(a) adjustment.  The cumulative adjustment isn’t limited to entities owning property directly.  Investors with Internal Revenue Code Section 743 basis adjustments associated with their investments require specific attention, as they may have to file their own Form 3115 containing a Section 481(a) adjustment with respect to the underlying assets of their partnership investment.

Many rental real estate owners will find themselves in a position to take exceptionally large deductions on their 2014 tax returns in the form of the Section 481(a) adjustment.  The potential for large deductions for this particular industry exists mainly due to two factors: (1) historically, the capitalization policies of many real estate owners resulted in scores of expenditures being capitalized that would be expensed under the new regulations, and (2) the lengthy depreciable lives of real estate assets required by the Tax Code (27.5 years for residential, 39 years for commercial) means there’s often a significant amount of tax basis remaining.

As a practical and conservative approach, many taxpayers in the real estate industry traditionally approached their capitalization policy with a dollar amount threshold.  If an expenditure was considered “large” in dollar amount and related to the building or land, it was generally capitalized.  While dollar amount thresholds play a role in the new regulations in the form of a de minimis safe harbor, they’re no longer determinative when it comes to capitalization policy.  Instead, the IRS defines for taxpayers the criteria constituting a restoration, adaptation or betterment.  While very few bright lines were promulgated, the regulations contain many examples that point to a much higher frequency of currently deducting, as opposed to capitalizing, large building expenditures.

Another potential source of deductions windfall exists from tenant improvements.  Broadly speaking, to determine whether an expenditure is a material “betterment” under the new regulations, compare the work performed to the “unit of property.”  For building owners, the unit of property for this purpose is the entire building structure.  For this reason, landlords owning multi-tenant buildings that have historically capitalized all tenant improvements regardless of the amount of space occupied by that tenant may find that their depreciation schedules are full of tenant improvement costs that must be deducted on their 2014 tax return.  Generally, no bright lines were promulgated as to what percentage constitutes “material” when comparing the improved tenant space to the building as a whole.  Practitioners must look to the regulation examples and assess each case based on its particular facts and circumstances.

Unlike gains on the sale of stock in a corporation, which are taxed at 20 percent, when taxpayers sell real estate at a gain, 25 percent depreciation recapture applies to the extent of prior ordinary depreciation deductions.  In addition to reducing 2014 taxable income to the extent of remaining tax basis, the Section 481(a) adjustment reclassifies depreciable assets to ordinary repair deductions.  Accordingly, the 25 percent recapture rate won’t apply, as these expenditures will no longer be classified depreciable assets.  This represents a permanent 5 percent savings.  For this reason, taxpayers would be well advised to not only focus on fixed assets with remaining tax basis, but also to work to identify fully depreciated assets that can be removed from the depreciation schedule.

It’s important to note that the historical review of transactions related to tangible property is required.  Taxpayers failing to comply cumulatively as of Jan. 1, 2014 with properly filed changes in accounting methods could be exposed to a late payment penalty, the 20 percent accuracy penalty and interest on any tax adjustments resulting from an examination.   The idea of the IRS effectively penalizing taxpayers for not taking deductions may sound ridiculous but, indeed, they have the law on their side to do just that.  They can accomplish this by finding that the deduction taken by taxpayers for depreciation and the corresponding reduction to the tax basis of assets held by the taxpayer are the amounts “allowed or allowable” under the law.  If a taxpayer doesn’t take the proper depreciation deduction in the proper year, the taxpayer isn’t entitled to catch-up with additional depreciation deductions in a future tax year.  Additionally, the tax basis of the depreciable asset in the hands of the taxpayer is reduced by the amount of depreciation to which he was entitled but never deducted.  This quirk in the law has the potential to cause especially horrific tax consequences for taxpayers not in compliance.  Under a literal interpretation of the law, an unlikely but possible scenario could occur.  For example, assume a taxpayer performs work in 2010 on a commercial rental building.  The taxpayer capitalizes and depreciates the cost using a 39-year life.  The IRS audits the taxpayer’s 2014 tax return and determines that the asset being depreciated was actually a deductible repair expense that should have been deducted in 2010.  The potential adjustments to the taxpayer’s tax situation include: (1) incorrect depreciation deductions taken as the asset was determined to be an expense, (2) tax basis of the asset determined to be $0 because currently deductible expenses don’t have a tax basis, and (3) the taxpayer never gets to realize the benefit of the repairs deduction because the statute of limitations is closed on the 2010 tax year.

Practically speaking and leaving aside the discomfort of an IRS audit, the example above is extreme, and many practicing CPAs may submit that such a matter could be more reasonably settled with a Supervisor or Appeals Officer.  Despite the burden of implementing the new regulations retroactively, taxpayers are best advised to comply in 2014 for a number of reasons.  The changes in accounting methods associated with the new rules are predominantly “automatic,” meaning that taxpayers don’t need the IRS’ permission to make the change.  If the 2014 opportunity is missed, the required accounting method changes will need to be filed under the advance consent procedure, which currently costs $7,000 per application.  For 2014 tax returns, IRS officials have stated they expect nearly all taxpayers to file one or more applications for changes in accounting method.  As such, failure to properly apply for depreciation method changes may create additional income tax audit risk.