Inventor, statesman and founding father Ben Franklin left several interesting bequests following his death on April 17, 1790, at the age of 84. To his daughter, he left his printing press business, as well 408 diamonds. Franklin asked that she not have them made into jewelry, “and thereby introduce or countenance the expensive, vain, and useless fashion of wearing jewels in this country." The will also left Franklin’s son-in-law his musical instruments on the condition that his slave named Bob be freed.

But perhaps the most interesting and lasting provision in Franklin’s will was the £1,000 (about $4,400 at the time, or about $116,000 today) he bequeathed to the cities of Boston and Philadelphia. The money was put in trust, gathering interest for 200 years. When the trust came due, Philadelphia used the money (valued at $2 million) to established scholarships for local high school students, while Boston used its gift (valued at $5 million) to establish a trade school that became the Franklin Institute of Boston.

Unsurprisingly, George Washington was thoughtful and elegant when drawing up his last wishes and securing his legacy. Written six months before his death, Washington’s 15-page will called for the emancipation of his slaves following the death of his wife, Martha. However, in Martha’s will she did not free the slaves, so the only slave freed was the former President’s body servant, William Lee. Lee was granted freedom upon Washington's death, and given a $30 annuity "for his faithful services during the Revolutionary War."

Washington’s last will also made provisions for the significant amounts of land he acquired throughout his lifetime, including townhouse lots in Alexandria and Washington, D.C., plots along the Ohio River, as well as tracts of land in Maryland, Pennsylvania and New York. The will also made provisions for relatives, including the release of debts owed to him by his brother Samuel Washington's estate, as well as educational loans that he had advanced to Samuel's sons, George Steptoe Washington and Lawrence Augustine Washington.

Before John Adams served as the second U.S. President, he taught school for a few years in Massachusetts and had a lifelong commitment to and a passion for education. So it’s no surprise that he set aside funds in his estate-planning efforts to establish a local school. The almost-200-year-old Adams Temple and School Fund still exists today, although it’s been the subject of numerous legal battles between the city of Quincy, Mass.; the current recipient of the funding, the Woodward School; and Adams’ heirs.

Throughout his life Thomas Jefferson lived extravagantly (the wine bill for wine bill for the eight years he served as third U.S. President came to just under $200,000 by today’s standards), but he died broke. Before his death on July 4, 1826, the principal author of the Declaration of Independence tried to mitigate some of his debts by selling his books for $25,000. The books were later used to start what is today the Library of Congress.

Despite the debts, Jefferson’s last will did leave several gifts to friends and family, including a gold-mounted walking staff to James Madison, as well as his remaining library to the University of Virginia. Upon his death, his will also freed five of Jefferson’s slaves, each of whom left cash or property.

The fourth U.S. president and "Father of the Constitution" James Madison left his estate, including the Montpelier plantation, to his wife, Dolley, upon his death in 1836. Madison also left all of his personal papers to his wife, saying, “I also give to her all my manuscript papers, having entire confidence in her discreet and proper use of them.”

Dolley Madison eventually sold Montpelier in 1844. It wasn’t until the family of William DuPont bought the estate in 1901, and later willed to the National Trust for Historic Preservation in 1984, that the home was turned into the historic museum that it’s known as today.

Written the morning before he died in the infamous duel against sitting Vice President Aaron Burr, Alexander Hamilton’s will is perhaps one of the shortest. When the first secretary of Treasury succumbed to his wound from the duel on July 12, 1804, Hamilton left everything to his wife, Elizabeth Schuyler Hamilton, who he referred to as “the most devoted and best of mothers.”

Daughter of Revolutionary War General Philip Schuyler, Elizabeth came from one of the richest and most politically influential families in New York. Hamilton acknowledged this in his will, saying, “Probably her own patrimonial resources will preserve her from indigence.”

The “Common Sense” author's will is actually publicly available online (and mercifully fairly brief). It’s notable not only for the self-aggrandizing bombast with which it begins—the second line is “I, Thomas Paine, of the State of New York, author of the work entitled 'Common Sense' … which awaked America to a declaration of independence on the fourth of July following, which was as fast as the work could spread through such an extensive country … ”—but also for the people to whom he left the bulk of his estate and the sound manner in which he did so. Paine left just about everything to a woman named Marguerite Bonneville and her children. She was the wife of Paine’s friend, Nicholas Bonneville, a French printer and editor who had to go into hiding from Napoleonic authorities after achieving unwanted notoriety for harboring royalists in his home. During his life, Paine paid for Marguerite and her children’s passage to America, and she took care of him in his later years. His will not only left Marguerite most of his earthly possessions, but also established trusts to provide for her children and their educations, before conveying any remaining funds directly to them once the youngest reached age 21.

The end of Burr’s life is interesting less because of his estate and more for the popular archetype that he embodied—the disreputable gold digger. After his fateful duel with Alexander Hamilton, Burr lost everything after an attempted western land grab went awry. He fled to Europe for a period to escape creditors, eventually returning under the alias Aaron Edwards. Several years after his return, he married a wealthy widow named Eliza Jumel (in an interesting reversal, 19 years younger than the then 77-year-old Burr). He immediately set to investing (and losing) much of her fortune in land-speculation schemes. Jumel separated from him after only four months once she noticed his profligate spending, though the divorce took three years to take effect. He died broke in a boardinghouse in Staten Island on the day the divorce became final. 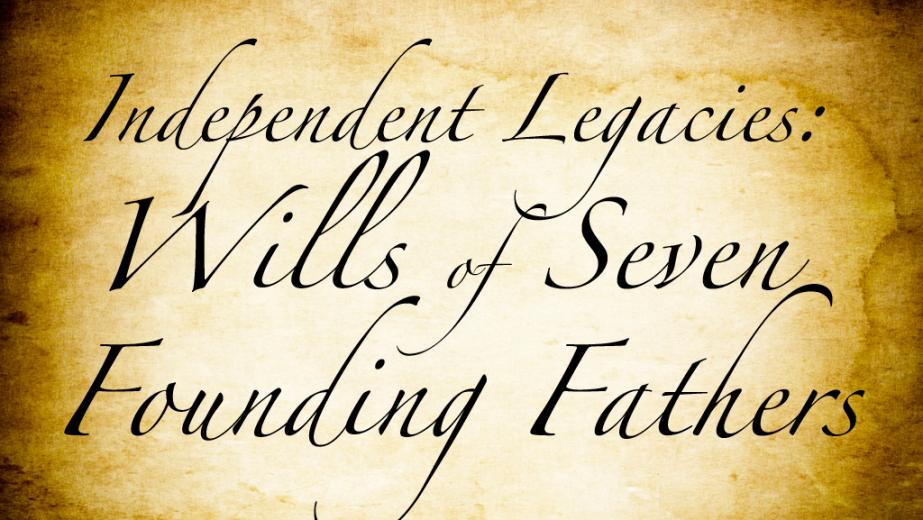