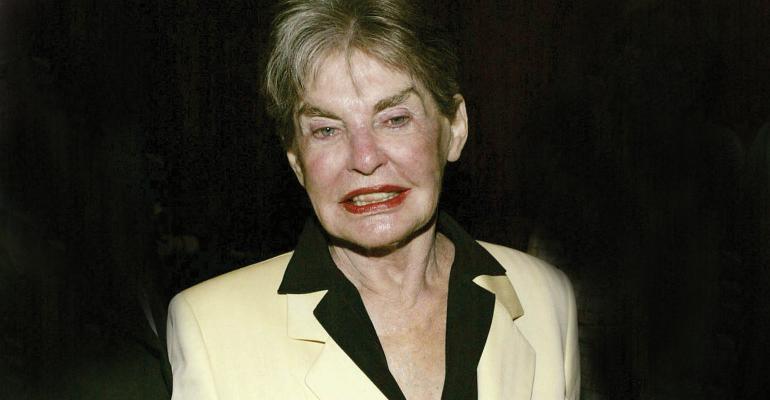 Court determines the amount to be fair compensation for services rendered.

In a recent New York surrogate court decision, according to documents obtained by The Wall Street Journal, the court awarded the executors of Leona Helmsley’s estate $100 million in fees, to be split equally. Additionally, the court awarded $6.25 million to her brother, Alvin Rosenthal’s, estate for his services as executor prior to his death.

Helmsley, a New York City hotel operator and real estate investor famously dubbed “the Queen of Mean,” passed away in 2007. She left an estate in excess of $5 billion, nominating her brother, her grandsons David Panzirer and Walter Panzirer, her attorney Sandor Frankel, and her longtime friend and business advisor John Codey as executors. In her will, Helmsley specifically stipulated that her executors are “entitled to receive reasonable compensation” for their services in lieu of following the statutory commissions scheme. Such language is standard practice, according to Kelsey A. Brock, an associate at The Blum Firm in Dallas, who says that “In general, the testator’s documents will allow for ‘reasonable compensation.’ This leaves the most room for flexibility, which is important since the testator will probably not know exactly who will end up serving in that role,” and in the case of Helmsley’s estate, how burdensome the task may be.

In June 2014, in accordance with Helmsley’s instructions, the remaining four executors asked the court to fix their final compensation at $100 million (plus the $6.25 million for Alvin’s estate). The New York State Attorney General’s office (AG) objected to the amount, arguing that it’s excessive and that the determination of compensation should consider only the reasonable amount spent multiplied by an appropriate hourly rate. Additionally, the AG urged the court to appoint a neutral expert to advise on the reasonable value of each executor’s services.

In its decision, the court agreed with the executors’ position that a multifactor approach should be used, finding that “a single hourly rate [cannot] accurately reflect the many varied services executors perform and the inevitable risk they incur in performing them.” The court went on to point out the particular “magnitude and complexity” of Helmsley’s estate and the myriad difficulties the executors faced. It highlighted the fact that the executors were able to increase the value of the estate by approximately $400 million during a challenging economic environment brought on by the financial crisis. The court also took into consideration the fact that the executors decided to forgo insurance coverage, choosing to bear the brunt of financial risk, because they reasoned that the costs to the estate would have been “prohibitive.”

The court also didn’t take kindly to the AG’s call for an expert, reminding her that it’s “uniquely qualified to determine compensation to be paid from an estate or trust based upon a reasonableness standard.” It further noted that the process of using an expert would be time-consuming and costly for both the executors and the estate.

Lastly, the court pointed out that had Helmsley called for the statutory commissions scheme to be applied, as is often the norm, the appropriate compensation for an estate of this size would exceed $215 million, more than double the fees that Helmsley’s executors are seeking.

In case you were wondering, the reason that the AG was able to object to the amount to be paid in fees is because its Charities Bureau is responsible for “supervising charitable organizations to protect donors and beneficiaries of those charities from unscrupulous practices in the solicitation and management of charitable assets.” This role includes the authority to challenge unreasonable or excessive fees associated with the administration of an estate that leaves a bequest to charity.