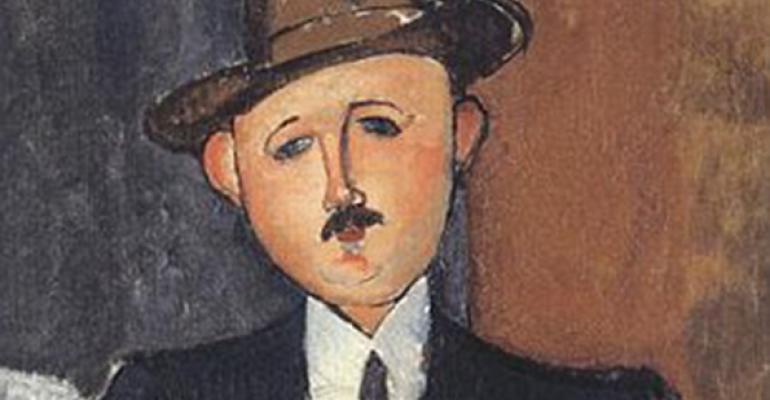 Bringing this type of claim can be a daunting task

The estate of a Jewish art dealer and gallery owner, Oscar Stettiner, recently filed a lawsuit against the Helly Nahmad Gallery in New York State Supreme Court seeking to recover an Amedeo Modigliani painting claimed to have been seized by the Nazis. The painting, titled “Seated Man With a Cane,” is said to be valued at over $25 million. Oscar’s New York estate administrator is bringing the complaint, as the court previously ruled that his grandson, Philippe Maestracci, doesn’t have standing to bring a claim in the United States.

According to the New York Times, the filed court documents state that Oscar fled Paris in 1939 leaving behind his art and antiques collection. The documents go on to say that his gallery was taken over by a Nazi appointed administrator in 1941, and the Modigliani painting was sold at an auction three years later. It was later resold again in a series of transactions. As evidence of ownership, French court documents submitted in support of the claim indicate that Oscar initially filed a civil claim in 1946 to regain ownership of various items, one of which was the same Modigliani painting (the only one he apparently owned). He was, however, unsuccessful in tracking down the location of the pieces at the time.

A researcher at Mondex Corp., a Toronto based company that specializes in the recovery of Nazi-era looted art, was able to trace ties of the Modigliani to Oscar based on documents that show that Oscar lent the painting for display at the 1930 Venice Biennale. One would like to think that such evidence should substantially bolster a claim of ownership, but alas, bringing a claim for recovery of stolen art is often a daunting task. Many owners aren’t willing to grant requests of original owners seeking to regain possession without a legal battle. In another recent case, the University of Oklahoma was encouraged by state legislators to return a painting believed to have been similarly stolen by Nazi forces during World War II. As the university refused to return the artwork on its own initiative, a legal action initiated by the alleged original owner is now pending in Oklahoma federal court.

It’s estimated that over 20 percent of European art was looted by the Nazis and that a large number is still missing or not in the possession of its original owner. Anglo-American and (some though not all) European law holds that a thief can’t pass good title regardless of whether a subsequent purchase was made in good faith, a well settled principle that courts often rely on when ordering the return of stolen art to the heirs of former owners. However, original owners often see their cases dismissed on either jurisdiction or statute of limitation grounds.

In the case of stolen art, courts are often tasked with determining which jurisdiction’s laws to apply, as the artwork usually transcends many borders. New York, a popular forum for such cases as a vast international art hub, is most favorable to original owners, and many plaintiffs are often scrutinized for forum shopping. For example, the University of Oklahoma case was first brought in New York before ultimately being transferred because the court lacked personal jurisdiction over the university.

Procedural law in New York allows an original owner to bring an action to reclaim stolen property up to three years from the date he makes a demand for its return and the good faith purchaser refuses. This rule alleviates the statute of limitations problem, an obstacle in many cases in which the original owner has difficulty tracking down the stolen property. Unlike other jurisdictions, New York’s rule disadvantages a good faith purchaser, as time only begins to run from the date of demand of return, meaning a plaintiff has a seemingly unlimited window as to when he can bring a claim. In most other states, an action accrues on the purchaser acquiring the property, significantly limiting the time frame during which an original owner can initiate a claim.

Even when the party in possession of the stolen property wants to take the morally correct path, returning the item without legal intervention isn’t possible. Donors often impose legal restrictions on donated works, necessitating institutions, such as museums, to obtain a release of claims prior to being able to transfer the property. Other legal issues that may need to be resolved is how to handle the publicity of such high-profile cases, as a goodwill return can often encourage a domino effect, with others volunteering to return similarly looted property. In fact, legal negotiations can sometimes lead to positive outcomes for both parties, with the original owner allowing an institution to retain possession, but with signage acknowledging the rightful owner.