The actor and producer most known for his role as mafia boss Tony Soprano didn’t slip anything by the IRS in real life. When Gandolfini died in June 2013, his will left $1.6 million to various friends and relatives, and bequeathed land and property in Italy to his kids (this element has its own issues). The rest of the estate was divided so that 30 percent went to each of his two sisters, 20 percent to his wife and 20 percent to his daughter.

Setting up the estate that way failed to take advantage of tax incentives for the surviving spouse, namely that by giving the entire amount to his wife, it could have transferred tax free. Granted, Gandolfini may have been concerned that his current wife wasn’t the mother of all of his children, which is reasonable. However, even in that case, proper trust planning could have been employed to allow him to take both the advantage of the spousal exemption and to ensure that his kids got exactly what he wanted them to inherit.

Taxes and fees on the legacy ultimately amounted to about 55 percent of Gandolfini’s total net worth.

The “Godfather of Soul,” who died in 2006, left a will that bequeathed his worldwide music empire to an education charity, as well as carving out personal and household effects to six children named in the will. For certain grandchildren, he created a family education fund of up to $2 million. Tomi Rae Hynie, who was his girlfriend at the time, received nothing. Hynie and several children contested the will. The fairly sloppy estate plan forced Brown’s heirs to spend over six years duking it out in court, ultimately losing millions to taxes. In May 2013, the South Carolina Supreme Court upheld Brown’s plans to benefit charities, which appeared to be his intent. However, it’s important to remember that statements that may seem easy to interpret when the client is standing right there to help clarify can be much more difficult to deal with when they’re no longer around.

Jackson’s estate plan was a mess. He created a trust, but never fully funded it, defeating a primary purpose of having one. This—along with naming non-family members, including attorney John Branca and music executive John McClain, as executors without properly explaining his decisions to family members while he was still alive—led to years of public family fights in probate court.

Following the death of the iconic businessman and aviation pioneer in 1976, a Nevada court eventually ruled Hughes died intestate, despite several wills put forth after his death. And while Hughes often noted while alive that he wanted his estate to advance medical research, he didn’t put it down in a binding, written will.

Eventually, the $2.5 billion estate was split in 1983 among 22 cousins, although the court ruled that the Hughes Aircraft Company was owned by the Howard Hughes Medical Institute, sold to GM in 1985 for $5.2 billion.

When Crichton, author of numerous bestsellers, including Jurassic Park, died in 2008 from cancer, he left behind a pregnant wife, Sherri Alexander—but failed to update his estate documents to include his eventual son. When Alexander sued to include her son in the will, Crichton’s daughter, Taylor Crichton, opposed the move and set off a public court battle. Eventually, a judge ruled Alexander’s son could inherit. Such conflicts are easily avoidable by simply updating existing documents.

A tobacco and energy heiress, on her death in 1992, Duke entrusted her wealth to her butler, who was to manage the over $1 billion foundation and charity work. Unfortunately, it turns out the butler was not the most trustworthy, using the funds to finance a lavish lifestyle at the cost of the charities. A costly court battle ensued.

Though clients’ initial instinct is often to choose those closest to them as trustees, that’s often not the best approach. Even if the person is honest, the duties of a trustee are complex and demanding, so they may lack the requisite expertise. Often professional advisors or even institutional trustees are the better option especially for high-net-worth clients.

The late disc jockey’s current wife and children from a previous marriage engaged in a highly public and often ridiculous conflict over his end of life treatment and, sadly, the disposition of his remains after his death. From public meat-throwing to accusations of kidnapping to alleged corpse theft, things got way out of hand.

However, as insane as this conflict seemed, its origins lay in the difficulties commonly faced by blended families everywhere. Disparate elements that are bound together by a single individual, particularly in the absence of blood relation, can often come unglued when that individual passes, and chaos can ensue.

This one is short and sweet. Philip Seymour Hoffman died unexpectedly and though he had an estate plan in place, the documents hadn’t been updated to reflect his current financial and family situation, which cost him some money and caused his family some strife.

His untimely death reinforces the reality that estate planning is not a one-off activity and that an estate plan is a living document that must be constantly updated. Often the best approach is to encourage clients to revisit their estate plans after major life changes or milestones: having a child, buying a house, getting a new job, birthdays ending in 5 or 0, etc.

Estate planning discussion often gravitate towards taxes and conflict prevention. However, another key role an estate plan can play is in ensuring privacy by helping avoid probate. Earlier this year we got an object lesson in the power of estate planning to ensure privacy with the deaths of Burt Reynolds and Aretha Franklin.

Franklin died intestate, which means that the fiercely private singer’s estate will pass through public probate (though there may be some ways to avoid this fate under Michigan law specifically).

Burt Reynolds, on the other hand, left a will that became public. However, it offered very little information about the disposition of his assets other than that his son had been taken care of in a separate trust. Since assets in trust pass outside of probate, that’s likely all we’ll ever know about that.

Even for clients who don’t have to worry about family fights or estate taxes, estate plans can still serve a valuable purpose in avoiding probate and ensuring privacy.

Frank Sinatra Jr., the son of the famous singer, passed away in March 2016. At the time of his death, his ex-wife Cynthia had filed for divorce and the two were locked in litigation.

The couple originally divorced in 2001, but continued to live together. They even purchased a home together after their separation. Sinatra Jr. also had been ordered to pay Cynthia $5,000 a month in spousal support in the divorce decree. While this decree only required the support to continue for 24 months, Sinatra Jr. paid for almost 10 years. Cynthia also claimed that Sinatra Jr. called her his wife at social events.

All this apparently led Cynthia to believe the two were in a common law marriage. In 2013, when Sinatra Jr.’s monetary support for Cynthia ceased when he apparently ran low on money, she filed for divorce again. Sinatra Jr. claimed that the two, while close, were not in a common law marriage. Despite his protest, a Texas district judge awarded Cynthia the second divorce. This judgment included a $500,000 equalization payment, a share of his property, and another $5,000 per month in spousal support. Sinatra Jr. appealed the judgment, an appeal that was pending at the time of his death. However, the appellate court reversed the trial court. In its decision, the appellate court was persuaded by the facts that the couple filed separate tax returns, listed themselves as single tenants in common for the house they purchased and that Sinatra Jr. labeled Cynthia as his ex-spouse in tax returns. The court also noted that a common law marriage requires a specific and mutual agreement under Texas law.

According to estate planning attorney Will Sleeth, Sinatra Jr. could have avoided this mess in large part by having been more careful with his decisions and actions (chiefly by consulting with and listening to his attorney). Many states don’t recognize common law marriage, but in those states that do, people need to be extremely careful that their actions don’t give their lover a basis to claim that the parties had a common law marriage.

The most basic estate planning advice possible is to actually have one. Pop artist Prince died in April 2016 without a will or estate plan of any kind.

Since his passing, a will still has not turned up. Prince’s younger sister and five half-siblings appear to be the singer’s only heirs, but that hasn’t stopped others from trying to get a piece of the purple one. The Minnesota judge overseeing the administration of his estate has had to deal with numerous people popping up out of the woodwork, claiming to be children of Prince (who would stand to take a share of his estate under Minnesota’s intestacy scheme). Many of the dismissed would-be heirs claimed that Prince was either their husband, biological or adoptive father or that they were a half-sibling of the singer (one even maintained the CIA had classified her marriage with Prince as top-secret).

The Prince incident underscores the most basic estate planning lessons of all: enact an estate plan, and put the instruments in a place where people can locate them upon your passing. 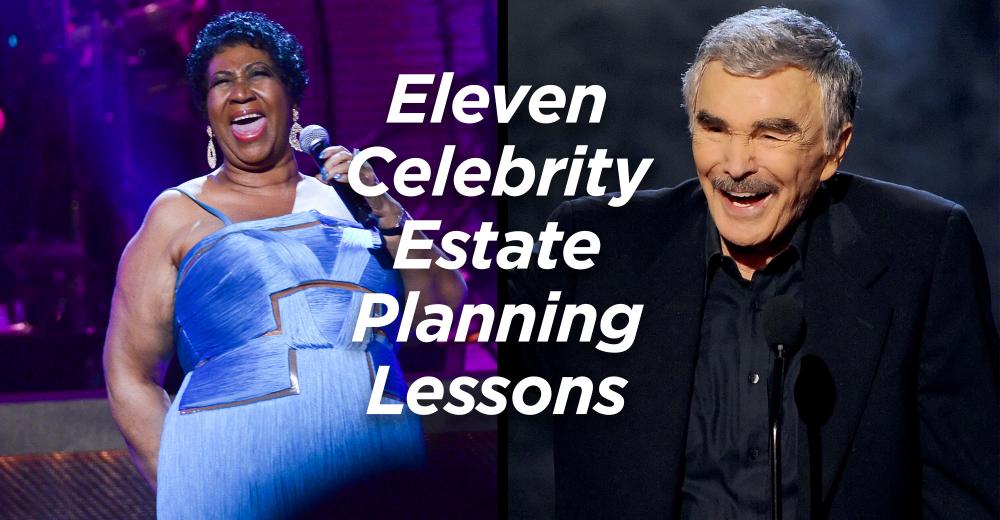 Next Up
War! What Is It Good For? Memorabilia
Start Slideshow ›