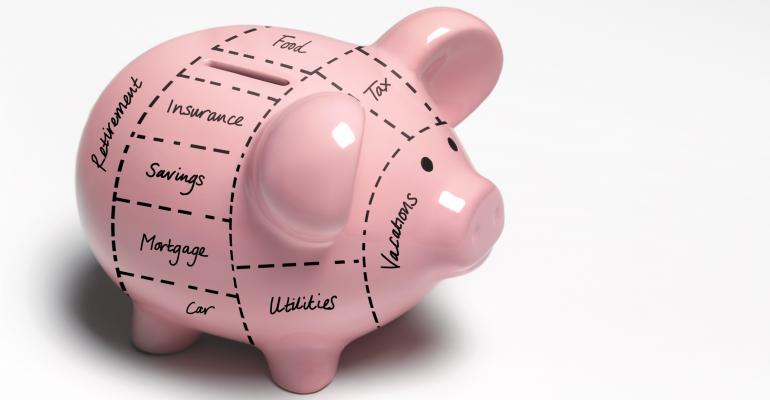 The Setting Every Community Up for Retirement Enhancement (SECURE) Act1 is expected to generate $15.749 billion in added federal income taxes from our clients over the next decade by accelerating the distribution of their retirement benefits on death.2 It does this by replacing the life expectancy payout of retirement plan death benefits with the 10-year rule for most beneficiaries.3 As clients face increased taxes, trustees acquire a new responsibility: choosing optimal distribution dates and amounts over a 10-year blank slate. And, estate-planning lawyers face several trust drafting problems.4

Thus, estate planners’ first concern shouldn’t be to revise their trust forms—it should be to determine, for each client whose assets include substantial retirement assets, whether the existing estate plan needs to be revised to avoid handing those assets over to their chosen beneficiaries much sooner than was contemplated when the plan was created.

Example: Toby’s current estate plan leaves her individual retirement account to a conduit trust for her daughter Myra, age 44, who isn’t disabled. When drafted, the expected result was that the trustee would take small RMDs from the IRA each year (plus additional distributions if deemed advisable by the trustee for Myra’s health or support) and pass all such distributions out to Myra (or apply them for her benefit). The RMD for each year would be calculated by dividing the prior year-end account balance by the remaining years of Myra’s Internal Revenue Service-determined life expectancy8 (40 years based on Myra’s current age). With annual distributions starting out at less than 3% of the account value, Toby was confident that the IRA and this trust would provide an income stream for Myra well into her old age.

The SECURE Act has upended Toby’s plan. Now, the trust will still qualify as a see-through trust, and Myra will still be regarded as the “sole beneficiary” of such trust—but the effect of the conduit provision will be that the entire IRA will be distributed to the trust (and then passed out forthwith to Myra) by the end of the year that contains the 10th anniversary of Toby’s death (10-year rule). There will be no annual RMDs and no predictable income stream for Myra. The IRA
distributions can be spread out over all the taxable years of the 10-year period—or dumped out in the final year. The trustee will have the burden of figuring out the best time or times to take the money out of the IRA and turn it over to Myra.

Because Toby didn’t want to leave a lump sum to Myra, either on Toby’s death or (had she considered the question) within 10 years thereafter, clearly her conduit trust must go. To achieve her goal of providing a long-term source of income and financial security to Myra, Toby will have to leave her IRA to a different kind of trust, that is, a see-through accumulation trust. The trustee will still have to withdraw the entire IRA within 10 years after Toby’s death. The difference will be, with the accumulation trust, the trustee can keep those IRA distributions inside the trust and dribble payments out to Myra pursuant to whatever standard Toby sets in the trust, such as income plus principal if needed for health or support.

Why is this see-through accumulation trust worse for Toby than her pre-SECURE Act conduit trust? First, the deferral of distributions over Myra’s long life expectancy is no longer possible under any scenario. The IRA will be totally distributed, and taxed, within 10 years after Toby’s death. The effect of the loss of tax deferral is ultimately much less money available for Myra. Second, to achieve Toby’s non-tax planning goal of providing Myra with a lifelong source of financial security (rather than a more-or-less immediate lump sum), the distributions from the IRA must be held in the trust and taxed at trust rates. The trust will be in the highest (37%) tax bracket for annual distributions in excess of $12,950, whereas Myra herself (the individual for whose benefit this money is held) won’t be in that high a bracket unless her taxable income exceeds $518,400 (if single; $622,050 if married filing jointly).9 Myra, like most people, isn’t in the highest tax bracket—but the trust that’s holding money for her benefit will be in the highest tax bracket for almost all of its distributions from the IRA.

When drafting Toby’s accumulation trust for Myra, the estate planner may ask, do the IRS’ RMD trust rules10 still matter? Except to the extent specifically “overruled” by the SECURE Act, the RMD trust rules presumably still apply.

If under the terms of the trust, it’s to be divided immediately on the participant’s death “into separate trusts for each beneficiary” [sic], a separate trust (subtrust) so created for the benefit of a disabled or chronically ill beneficiary shall be tested separately from the subtrusts established for other beneficiaries.13 This result is contrary to the IRS rule that, when a single trust is named as beneficiary of the retirement plan, and divides into multiple subtrusts for different beneficiaries on the participant’s death, the separate subtrusts can’t be treated as separate accounts for purposes of determining the applicable distribution period for the retirement benefits.14

So, if Toby wants her trust for Myra to qualify for the 10-year rule then:

Toby’s case illustrates the substantial estate plan revision needed in even a simple situation due to the SECURE Act’s changes. There are many situations in which the result can only be guessed at, pending Treasury regulations interpreting the SECURE Act (or statutory change). For example: A client leaves his IRA to a trust that pays life income to his sister with remainder to his brother. Both siblings, being within 10 years of the client’s age, are EDBs. Can this trust use the life expectancy payout based on the life expectancy of the older sibling, even though the trust isn’t a conduit trust? No one knows.

As the above discussion indicates, some of the existing RMD trust rules aren’t a good fit with the SECURE Act, and some new issues raised by the SECURE Act aren’t covered at all in existing regulations. While we await regulations, the new general principles of drafting trusts to be named as beneficiaries of retirement benefits are:

Be aware that a see-through accumulation trust will qualify for the 10-year rule but (unless it’s an applicable multi-beneficiary trust) won’t be able to use the life expectancy of the primary (life) beneficiary as the applicable distribution period even if the primary beneficiary is an EDB. The distribution of substantial retirement benefits within 10 years after the participant’s death will typically result in taxation of such benefits at the highest income tax rate if the benefits are retained in the trust.

Benefits left to a trust that doesn’t qualify as a see-through trust will, as before the SECURE Act, result in the benefits being entirely distributed to the trust within whichever of the follow periods is applicable (the no-designated beneficiary rules): within five years after the participant’s death (if he died before his required beginning date), otherwise in annual installments over what would have been the participant’s remaining life expectancy.

1. The “SECURE Act” is the nickname for Section 401 of Title IV—Revenue Provisions of “Division O” (Setting Every Community up for Retirement Enhancement) of the Further Consolidated Appropriations Act, 2020, signed into law on Dec. 19, 2019.

2. Joint Committee on Taxation report, “Estimated Budget Effects of the Revenue Provisions Contained in the House Amendment to the Senate Amendment to H.R. 18” (Dec. 17, 2019), at p. 3.

4. In preparing this article, the author has benefited from the insights, questions and comments of dozens of tax professionals and wishes to thank them all, with special thanks to Jonathan Blattmachr, Robert Keebler and Ed Slott.

6. Treas. Regs. Section 1.401(a)(9)-5, A-7(c)(3), Example 1. “Accumulation trust” is the nickname given to the type of trust illustrated in this Example, under which distributions received by the trust during the lifetime of the life beneficiary of the trust can be accumulated for later distribution to other beneficiaries on the death of the life beneficiary. If all beneficiaries of the trust (both life beneficiary(ies) and remainder beneficiary(ies), but disregarding “mere potential successors”) are identifiable individuals, and the trust meets the other requirements of Treas. Regs. Section 1.401(a)(9)-4, A-5(b) (the see-through trust rules), the trust is referred to as a “see-through accumulation trust.”

10. Treas. Regs. Section 1.401(a)(9)-4, A-5(b). The rules are: the trust must be valid under state law and irrevocable on the participant’s death; a copy of the trust (or summary) must be furnished to the plan administrator by a certain date; all beneficiaries (other than beneficiaries who are mere potential successors to other beneficiaries) must be individuals; and it must be possible to identify the beneficiary with the shortest life expectancy.

16. In this case, it isn’t clear whether the applicable distribution period would be the life expectancy of the disabled or chronically ill beneficiary or of the oldest trust beneficiary.