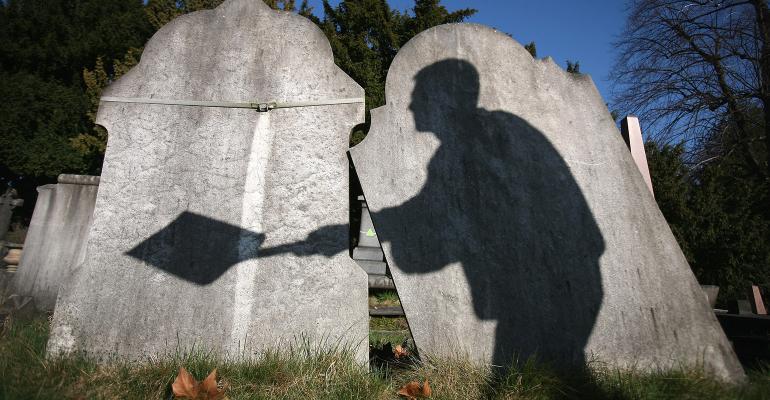 The Death of Dead Man’s Statutes?

Not quite. Some states continue to bury testimony from the grave.

The Supreme Court of Wisconsin recently voted unanimously to repeal the state’s set of so-called dead man’s statutes. As of July 1, 2017, the effective date of the court’s order, Wisconsin joined 29 other states that have repealed similar statutes and rules. In states that haven’t repealed their statutes, the exclusionary effect of a dead man’s statute can create an insurmountable evidentiary hurdle that results in involuntary dismissal of claims that depend on testimony which would be otherwise admissible and credible. Because the dead man’s statutes that remain vary widely in scope, it’s important to evaluate the potential impact of the specific dead man’s statute, if any, that’s applicable in your client’s case.

The term “dead man’s statute” is defined generally as “[a] law prohibiting the admission of a decedent’s statement in certain circumstances, as when an opposing party or witness seeks to use the statement to support a claim against the decedent’s estate.” Many states’ statutes are broader than this definition suggests, however, and may bar evidence of “any matter occurring before the death” of a party. Thus, dead man’s statutes may apply in cases involving claims made by or against a decedent’s estate. These laws have been justified on the grounds of fairness to the deceased, protection of decedents’ estates from false claims and safeguarding against perjury. Dead man’s statutes also have “been roundly criticized as ignoring the interests of the living” because they defeat “more honest claims than there would be fictitious claims established if all such enactments were swept away.”

A recent case in Illinois illustrates the competing public policies behind the enactment and repeal of dead man’s statutes. In Spencer v. Wayne, 80 N.E.3d 764 (Ill. App. Ct. 2017), the plaintiff alleged that injuries she sustained from slipping on a mat and falling in the defendant’s garage were caused by the defendant’s negligence. The plaintiff slipped on the mat while the defendant was in the driver’s seat of a car parked in the garage. The defendant died while the case was pending, and the special representative of her estate subsequently filed a motion for summary judgment based on the Illinois dead man’s statute.

In support of her motion, the special representative argued that the Illinois dead man’s statute barred the plaintiff’s testimony regarding the fall because it occurred in the defendant’s presence. The trial court determined that the statute applied and entered an order granting summary judgment. The appellate court affirmed.

Thirty states, including California, Florida, Alaska, Delaware, Nevada and South Dakota, don’t currently have dead man’s statutes. In these states, every witness is competent to testify on any matter, subject to attacks on their credibility and ordinary evidentiary rules. Some of these states, such as California, Utah and South Dakota, have enacted special hearsay rules that enable the court to exclude out-of-court statements made by a decedent when circumstances indicate that the statements are untrustworthy.

The other 20 states and the District of Columbia retain some form of dead man’s statute. The scope of these statutes varies widely. Some states limit the application of their statutes to testimony from the parties, certain types of proceedings, such as proceedings against a decedent’s estate or proceedings to enforce a debt against a decedent, or certain types of statements like oral statements. Other states, such as New York and Illinois, have broad dead man’s statutes that bar not only communications made by a decedent but also evidence of transactions with the decedent or events that took place in the presence of the decedent. All dead man’s statutes are subject to one or more legislatively created or judicially recognized exceptions. For example, in Texas and other states, a party’s testimony concerning a statement made by a decedent is admissible only if corroborated by other evidence.

In light of the significant variance among states in the admissibility of evidence concerning transactions with the deceased, it’s important to examine the scope of the specific dead man’s statute, if any, that may apply in a particular case. Moreover, when a court in more than one state can establish jurisdiction, the dead man’s statute applicable in each jurisdiction should be considered as an important factor when selecting a forum.