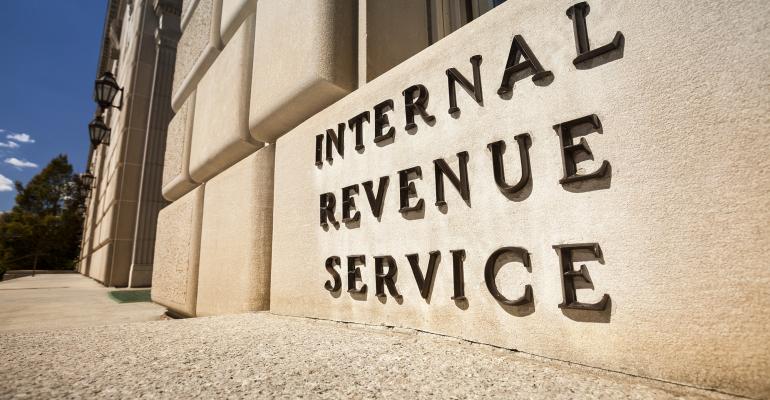 In Private Letter Ruling 201935013 (released Aug. 30, 2019), the Internal Revenue Service denied a charitable remainder unitrust’s (CRUT’s) request to be recognized as tax-exempt under Internal Revenue Code Section 501(c)(3) because: (1) the CRUT wasn’t organized and operated for exclusively exempt purposes; and (2) the CRUT’s earnings inured to the benefit of private parties (its trustees/settlor).

The PLR is curious in that an application for exemption under IRC Section 501(c)(3) was submitted for a split-interest trust that was intended to serve admittedly non-charitable purposes during its initial term.  In that sense, it perhaps serves as a reminder that such applications shouldn’t be submitted lightly, given the not insignificant amounts of time and money associated therewith.

Before proceeding further, it may be helpful to first discuss charitable remainder trusts (CRTs) and the possible variations thereof.  A CRT is a type of split-interest, tax-exempt trust that provides benefits to multiple parties; namely: the donor; the individuals receiving income from the CRT during their lifetimes or a specified number of years (not to exceed 20 years, if term used); and the one or more charities chosen to receive the CRT’s remaining principal at the end of its initial, non-charitable term.  CRTs can take on one of two primary forms: (1) the charitable remainder annuity trust (CRAT); or (2) the CRUT. The primary difference between the two is that, while a CRAT pays a fixed distribution amount every year (based on the value of the trust at the time of funding), a CRUT pays a percentage-based distribution amount that will vary each year based on the annual valuation of the CRUT’s assets. Additionally, there are at least three CRUT sub-forms that are possible: (1) the standard CRUT (SCRUT); (2) the net income with make-up CRUT (NIMCRUT); and (3) the net income without make-up CRUT (NICRUT).  There are also flip-CRUTs, which initially function as one type of CRUT and then subsequently flip to another type during the CRUT’s intial non-charitable period.

How Does a CRT Work?

Typically the persons creating the CRT (the settlors) will donate one or more assets to the CRT with an understanding that at the end of an initial non-charitable term, the remaining assets will go to the one or more charities selected by the settlors. The settlor would receive a charitable deduction in the year of donation. After donation, the CRT’s assets grow tax-free, and the donor-specified, non-charitable income beneficiaries would receive income from the CRT for the rest of their lives (or for a definite period of 20 years or less). At the end of that term, the CRT’s remaining assets would go to the donor-selected charities (usually enumerated in the trust instrument).

The CRUT at issue in PLR 201935013 was a flip-CRUT that would function as a NICRUT during its initial period and as a SCRUT during its remaining period (upon a triggering event that was unspecified in the PLR).  The CRUT was funded by its settlor (E) using closey held securities, and E served as co-trusee of it along with E’s spouse (F). During the CRUT’s initial non-charitable period, it was to distribute the initial period amount during the initial period and the unitrust amount during the remaining period, to E and F in equal proportions during their joint lifetimes and, after the death of either of them, all to the survivor of E and F for such survivor’s remining lifetime.  More specifically, during the initial period, the NICRUT would distribute to E and F an annual amount equal to either the CRUT’s net income or a fixed percentage (7%) of the CRUT’s assets, whichever was less; there was no make-up provision.  Then, after some unstated triggering event, the NICRUT would flip into a SCRUT, which would presumably make annual 7% unitrust distributions to E and F, equally (or all to the survivor of them).

Although exempt from income taxes under IRC Section 664(c), a CRT isn’t a Section 501(c)(3) organization and, therefore, isn’t exempt from tax under Section 501(a).  Despite this, the CRUT at issue applied for recognition as a tax-exempt Section 501(c)(3) organization by filing IRS Form 1023, “Application for Recognition of Exemption Under Section 501(c)(3) of the IRC” (Form 1023). The trust instrument for the CRUT claimed that it was “a hybrid charitable remainder unitrust” that would qualify for exemption under Sections 664(d)(2) and (3) during its initial period and ultimately under IRC Section 664(d)(2) during its remaining period.  This was presumably based on the fact that the CRUT was structured to operate as a NICRUT during its initial period and as a SCRUT during its remaining period, both of which referred to portions of the CRUT’s intial, non-charitable period.  After the death of the survivor of E and F, the CRUT would distribute the balance of the CRUT’s assets to a settlor-designated charity “to be used to support chartable [sic] training programs.”  In other words, nothing seemed unsual except for the Form 1023 filing.

Unsurprisingly, the PLR held that the CRUT didn’t qualify for exempt status under Section 501(c)(3) because it failed both the organizational and operational tests.  The organizational test mandates that an applicant for exempt status be organized exclusively for one or more exempt purposes, and it would be satisfied here only if the trust instrument for the CRUT limited the CRUT’s purposes to exempt purposes and didn’t expressly empower the CRUT to engage, otherwise than as an insubstantial part, in activities that aren’t in furtherance thereof.  Since the trust instrument for the CRUT specifically provided for distributions to private parties (that is, not charities) during its initial term, it was clear that the organizational test hadn’t been met.  The PLR stated that the CRUT’s “non-charitable recipients benefit substantially” and that this precluded the CRUT from obtaining exemption under Section 501(c)(3).

The anylsis could’ve ended there, but it didn’t. The PLR then stated that the operational test provides that an applicant for exempt status will be regarded as operated exclusively for one or more exempt purposes only if it engages primarily in activities that accomplish exempt purposes specified in Section 501(c)(3) and that no more than an insubstantial part of its activites are other than in furtherance thereof.  The PLR noted that an organization isn’t operated exclusively for one or more exempt purposes if its net earnings inure in any part to the benefit of private individuals, which was clearly the case with respect to the CRUT’s distributions to E and F during its initial, non-charitable term.

After ruling that the CRUT failed the organizational and operational tests and didn’t, therefore, qualify as a Section 501(c)(3) charitable organization, the PLR noted that:

It’s unclear from the PLR whether an attorney experienced in the taxation of exempt organizations was consulted with respect to the Form 1023 filing.  But, even based on a cursory reading of the instructions for Form 1023, one must wonder why the CRUT’s co-trustees would’ve pursued such a course.  Although it’s acceptable practice to file a Form 1023 at the end of a CRT’s non-charitable term when the goal is to obtain public charity status (so as to avoid the excise tax restrictions and reporting requirements associated with private foundation status), it isn’t immediately clear why a Form 1023 would be filed for a CRUT’s initial non-charitbale period, as it was here.

Stephen Putnoki-Higgins is an attorney in the private client services practice group at Shutts & Bowen LLP, in Tampa, Fla. and is admitted to practice in Connecticut, Florida, and New York.