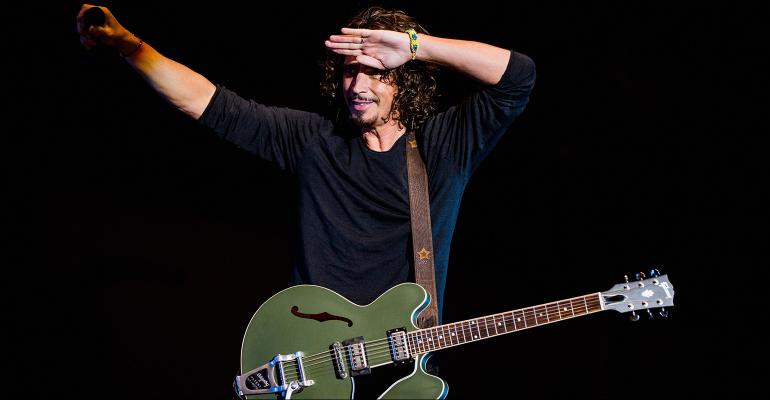 Remember to plan for the forgotten generation.

In recent years, there’s been a lot written about millennials, including their politics and their effect on the economy. Similarly, there’s been much discussion regarding a significant wealth transfer as baby boomers plan for their golden years. However, the generation known as Generation X doesn’t seem to receive much press. But it’s this generation that needs to start focusing on their personal tax and estate planning now.

The untimely passing of rock legend Chris Cornell—best known as the frontman for the seminal Seattle '90s grunge band Soundgarden—has given pause to Gen X’ers, who came of age listening to his music. Now in their late 30s to early 50s, X'ers may not be close to retirement, nor overly concerned about their mortality. However, there are still a number of estate-planning strategies that should be brought to their attention.

Many Gen X’ers are involved in startup companies or serve as fund managers. Others have more traditional professions, such as medicine or law. They face debt, high taxes, frivolous lawsuits and an unstable real estate market. Some enjoy the challenges of raising two-year-olds while others face out-of-control college tuition bills.

Gen X’ers need a will to designate guardians for minors, and life insurance in the event of untimely death. However, more importantly, they need to plan for living.  There are simple ways to protect assets, such as retitling them as tenancy by the entirety between spouses (in states recognizing this protection), investing in a high-cash-value life insurance policy, purchasing annuities, and contributing the maximum amount to a retirement plan. Certain states, such as Florida, have homestead protection for a primary residence. All of these vehicles are appropriate for protecting assets and building wealth, and all are tools that you should discuss with your Gen X clients.

For more complex situations, trusts and family limited liability companies (LLCs) can further protect assets from creditors, while still providing the ability to maintain control and access to wealth. States such as South Dakota, Nevada and Delaware have favorable laws that allow an individual to be a beneficiary of a trust he creates while still providing a layer of protection for the assets held in trust. This is important to a 45-year-old client who doesn’t completely want to part with significant wealth, but wants to protect it from creditors and transfer taxes. As an additional layer of protection and the means for maintaining control, an LLC can be employed, whereby the individual retains control over the management of assets and day-to-day affairs. The structure of such a self-settled trust can be further enhanced by not having the contributor be an initial beneficiary, but rather only become a beneficiary based on a contingency (such as a spouse predeceasing or in the event of a divorce), or by the appointment as a beneficiary by an independent third party.

Charitable lead trusts (CLTs) and charitable remainder trusts (CRTs) can save a substantial amount of income taxes and provide a significant gift to one or more charities, at minimal cost to the donor. In the case of a CLT, the individual donor transfers assets to the trust that pay a given amount to one or more charities annually for a number of years. Then, at the end, the assets pass on to family members or to a trust for their benefit. The income tax deduction for this annuity of payments can be accelerated into the current year and provide a substantial reduction of taxes (in the case of a grantor charitable lead annuity trust). This is a powerful technique for someone who’s selling a business, exercising stock options or receiving a large bonus in a single year. Alternatively, the trust can be structured (as non-grantor) to instead shift income over a number of years to another tax-paying entity (the trust), so that the donor has a lower adjusted gross income (AGI). A lower AGI can help those subject to the alternative minimum tax or those who consistently lose the benefit of certain itemized deductions that are based on a percentage (3 percent) of AGI (such as state income taxes, mortgage interest or charitable contributions). Lower AGI means less phaseout of itemized deductions. A CRT can be structured to operate similarly to a “super-individual retirement account,” whereby the seller can defer or avoid capital gain on sale of a low basis asset and reinvest the proceeds on a tax-free basis, similar to a retirement plan. The CRT is often structured as a 20-year plan. At the end of the term, a significant gift is made to one or more charities while the tax-free buildup of wealth in the trust can pass back to the donor at capital gain rates, when further planning is implemented during the term.

Selling a closely held business has its own set of challenges and considerations. How much of the purchase price is allocated to goodwill versus a consulting agreement or earnout can significantly affect the tax liability. Selling stock versus selling assets can also drastically alter the tax exposure. Too often, potential sellers visit their tax lawyer when it’s too late to do any significant tax planning. Some planners are now urging individuals to consider capital gain planning even when a sale isn’t contemplated for years. With proper planning and foresight, intra-family transactions can be implemented so that low basis assets, such as real estate, can be sold while the capital gain is spread out over many years.