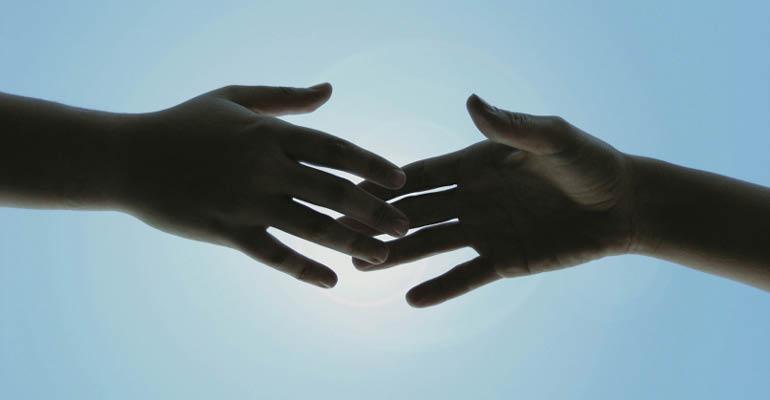 Complications Arising From “A Simple Repeal of the Federal Estate Tax”

H.R. 1, the Tax Cuts and Jobs Act (the Act), released by Chairman Kevin Brady (R-TX), would profoundly change the taxes of individuals, small businesses, multi-national corporations and heirs. As the tax writing process works its way through both houses of Congress, the broad outline of reform is emerging in the form of fewer rates and deductions. The narrow margin of error in the Republican-controlled Senate likely will produce a scaled down version of the Act, as the Chairman’s Mark of the Senate Finance Committee bill suggests. The ill health of Senator John McCain (R-AZ) and the recent injury to Senator Rand Paul (R-KY) further stress the 52-seat Republican majority. Finally, the durability of any enacted changes beyond
10 years will also need to be considered.

In my October 2016 article, “A New Tax Code?”1 I made some predictions of what would be proposed. Some of those predictions have been accurate, most notably the repeal of the alternative minimum tax and the Pease limitation.2 If enacted, the Act provides more transparency in determining the taxpayer’s marginal tax rate. One prediction, the repeal of the net investment income tax, hasn’t yet been proposed. However, if Congress tries to remove the Affordable Care Act requirement of health insurance, these revenues won’t be needed. Another prediction, the introduction of the above-line charitable deduction against the 2 percent of adjusted gross income (AGI), also didn’t materialize. The substantial raising of the standard deduction will make itemizing less attractive, raising the cost of charitable giving for modest donors. The charitable sector may discover just how sensitive charitable giving is to the de facto elimination of the tax benefit of a deduction. The Act may be attractive to those donors with the most financial capacity to give, as the AGI ceiling for gifts of cash to public charities would increase from 50 percent to 60 percent.3

The Act’s dramatic expansion of the unified credit from federal estate taxes with a sunset provision could well survive in the Senate and the Conference Committee. The Act would double the basic exclusion amount of $5 million to $10 million, which will also be indexed for inflation effective for tax years beginning after Dec. 31, 2017.4 The estate and generation-skipping transfer tax would be repealed for decedents dying after Dec. 31, 2023.5 Step-up in basis to fair market value at death would be retained.6

Advisors to the wealthy and ultra-wealthy will be evaluating whether it makes financial sense to fund a life insurance program for a tax that might never need to be paid or a tax dramatically less than what was initially envisioned during planning. Some very likely will maintain their insurance programs. Specifically, owners of closely held business enterprises are still facing the need for liquidity to buy out the interests of a deceased owner to avoid dealing with his heirs. Even for sophisticated, extremely high-net-worth, savvy investors, life insurance can be attractive. Many of them consistently earn returns greater than the charity’s endowment spending rate. They’re open to contributing every year the amount that would have been paid by the endowment and then endowing the fund at their death with life insurance.

But likely, some may wish to contribute life insurance policies to charity, feeling confident enough about the diminished or eliminated need for life insurance.

Now’s the time for charities to begin reviewing their gift acceptance policies on how they decide whether to accept gifts of life insurance.

What Can Go Wrong

Despite the apparent simplicity of a gift of life insurance, such gifts can and do go wrong. West Chester University Foundation v. Metlife Insurance Company of Connecticut7 is a case in point. West Chester University Foundation (the Foundation) purchased two variable life insurance policies with the expectation the premiums would vanish after six years of payment. When the premiums didn’t vanish as promised, the Foundation alleged fraud, fraud in the inducement, negligent misrepresentation, promissory estoppel, bad faith and unjust enrichment. A trial court in the Eastern District of Pennsylvania was asked to rule on Metlife’s motion to dismiss the lawsuit because claims were barred by the applicable statute of limitations. Metlife essentially said the plaintiff had notice that the policies were on path not to be paid off in six years before the end of the sixth payment. Accordingly, the plaintiff failed to bring its lawsuit in a timely manner.

The court rejected that argument, noting that the defendant’s statement was “complex, rife with confusing internal cross-references, and did not conspicuously relay the success or lack thereof of the investment returns associated with the Policy.”8 The court concluded that only on the receipt of the November 2014 Lapse Notice was the plaintiff alerted to the injury. Hence, the statute of limitations began, enabling the commencement of the plaintiff’s lawsuit to be timely.

While the substantive merits of the case haven’t been resolved, there are some useful questions that should be raised with any charitable gift of life insurance:

1. What’s the purpose of the policy? The case didn’t discuss the Foundation’s purpose in entering the life insurance arrangement. Was the life insurance “an alternative investment” on a donor(s) of impaired health? Was it part of a program initiated by the insured? Of course, all would be appropriate purposes. But, an upfront clear statement of purpose should be put forth between both the insured and the charitable beneficiary.

2. Will the transferring owner of an existing policy continue to contribute premiums if the premiums are needed? The Foundation wasn’t prepared to make any more payments. How would the insured likely react to this discontinuance?

3. Who within the charity is monitoring on an annual basis the performance of the policy? An environment of unusually low interest rates requires a policy to be systematically reviewed, ideally at least annually.

4. If the charity is unwilling to pay additional premiums, what is it prepared to do? Continue the payments for a smaller face amount? Exchange with the insurance company? Sell to a third party?

A life insurance program can meet the needs of a sophisticated donor as described above and the charity. Of course, life insurance will continue to be appealing to more modestly affluent donors not subject to the federal estate tax. The transfer of a wholly paid-up policy during lifetime or payment of premiums on a policy now owned by a charity generates an income tax deduction.

Its appeal has always been and likely will continue to be strong. From the donor’s perspective, there’s certainty of result; namely, the face amount of the policy will be paid to advance a charitable goal. Relying on specific assets or a percentage of the residue at death may or may not meet the donor’s target. The donor also retains during lifetime access to all her assets to weather the vagaries of financial markets or the uncertainties of her financial situation. Should unexpected health care expenses or the need to support family members arise, the donor has those assets available. Now’s the time for every charity to review and update their gift acceptance policies for life insurance.

3. Ibid., Section 1306. Notwithstanding the increase in the adjusted gross income limitation, deductible contributions may decline. The Joint Committee on Taxation testified before the House Ways & Means Committee on Nov. 7, 2017 that for 2018, there would be a decline of 31.3 million donors and deductible contributions of $94.8 billion. See the Nov. 8, 2017 edition of the Politico.com’s Morning Tax.