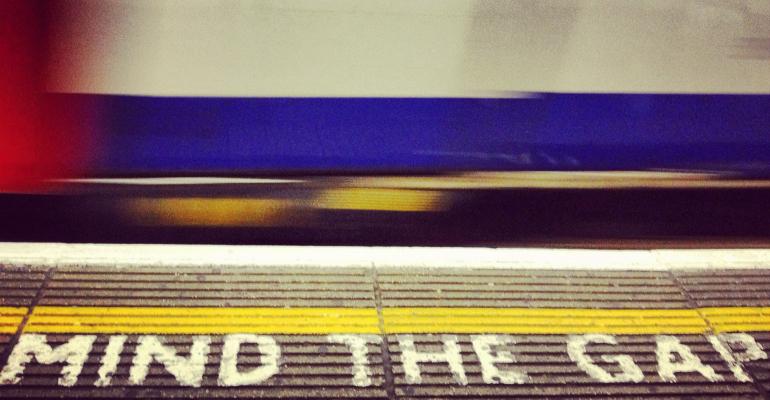 The Case for Institutional Trustees

Some platforms in the London Underground are built on a curve.  The train cars are, of course, straight.  The result is that, when a train stops, a potentially dangerous gap is created at the boundary between platform and car.   A loudspeaker booms a warning to unwary travelers to “MIND THE GAP.”

As regular readers of this column know, I’m prone to minding a different kind of gap that’s also dangerous to the unwary: Gaps in perception between—and also among—trustscapers.

Here’s one that this column up to now hasn’t highlighted—the perception that institutional trustees are a bad choice.

Darn good question, yes?  This man has his eye on a pertinent gap.  The fact is, many trust creators seek to avoid institutional trustees—and when they do appoint one, it’s only as a last resort.

By tarring all institutional trustees with such a broad brush, however, trust creators—along with their advisors—are being unfair to those in the industry that do a good job.

Down to cases.  In the paragraphs that follow, I assume that: (1) the trust creator has narrowed the field; (2) he’s considering only institutional trustees that are skilled; (3) “skilled” refers not only to their technical capabilities, but also to their respect for traditional fiduciary principles such as prudence, care and impartiality; and (4) sometimes, a single institution may offer one or more style of service.

At one extreme, you encounter purely transactional trustees that only accept directed trusts.  Trustee services they deliver consist mostly of back office administration, and fees are often nominal.  For a directed trust, this type of trustee may be a good fit.

A little further along the service continuum are institutions that offer a predominantly, but not entirely, transactional approach.  Trustee services are for the most part standardized.  The tradeoff for the family is that this low-touch style often results in lower fees.  This style may work well for families whose beneficiaries don’t require personalized service.

Toward the other end of the service continuum, you’ll find trustees that offer fiduciary services tailored to a family’s individual circumstances.  Some institutional trustees have offered this traditional high-touch style of service for many decades, for others it’s a new slant.

After speaking with scores of trust officers during the half-dozen or so years since I left the institutional trust world, I can confirm that what was true years ago remains true today: Trust officers are by and large good people to hang out with. Those who are cast in transactional roles are often frustrated that they can’t do more for the families that they serve.  And those who are in a position to engage deeply with beneficiaries, time and again do so with enthusiasm and dedication.

So it’s no surprise that many of the positive stories that my co-author and I collected in TrustWorthy (Trustscape LLC 2012) were told by trust officers. Here’s an excerpt from one entitled “We All Felt Like Godparents”:

“Granddaughter and her husband had been trying unsuccessfully for years to have grandchildren.  She came to the trust for funding of in-vitro fertilization.

Our analysis covered many angles.  Would that come under maintenance and general welfare?  Who would object to an accounting of such a distribution?  What would Grandmother have wanted done with her trust fund that she created for her daughter and grandchildren?  Were there ways to creatively think of ways of benefitting the family that weren’t contemplated when the trust was originally contemplated?  What is the benefit to the family for making such a distribution and what is the potential risk to the trustee?”

After careful study by the trust officers, the distribution to granddaughter was made.  The storyteller smiled as she told me:

“Granddaughter had children and, as trustees, we all felt like godparents. It was really quite wonderful for the parents.”

My counsel to trust creators: Consider a capable institutional trustee (or co-trustee) whose style and reach of service matches what you need—then, if you’re looking for something more than the purely transactional, hang out with their trust officers for a while before making your decision.