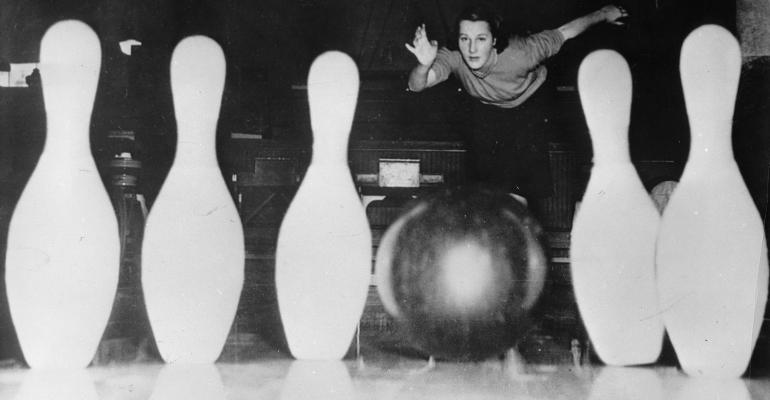 On May 15, 2019, the U.S. Court of Appeals for the 6th Circuit affirmed the Tax Court’s ruling that a family was responsible for the unpaid taxes related to the sale of their business. The appellate opinion in Billy F. Hawk, Jr., GST Non-Exempt Marital Trust et. al v. Commissioner involved a family-owned bowling business, “Holiday Bowl,” which the surviving spouse elected to sell following the death of her husband. The Hawk family worked with a broker, who helped them enter into a transaction that proved too good to be true. The idea was that the company would sell most of its assets to a third party, generating a taxable gain. Then, the family would sell their shares in the company to a different third party, who could purchase those shares at a premium because it could offset the asset-sale gain with its own losses (reducing the amount of tax due).

The company did proceed to sell most of its assets, the bowling alleys, to another company in exchange for $4.2 million in cash. This triggered about $1 million in federal income tax liability, plus about $200,000 in state tax liability. In addition to the bowling alleys, the company also owned a horse farm valued at $777,000. The family members purchased the horse farm from the company in exchange for some of their shares, leaving the company with $4.2 million of cash and no other assets. The family then proceeded to turn around and sell its shares to another company, MidCoast, for $3.4 million. They believed this would leave them “ahead” by several hundred thousand dollars because they would no longer be responsible for the tax. MidCoast took out a loan from another company, Sequoia Capital, to help fund the purchase.

The problem, of course, is that MidCoast never paid the taxes (not just for this company, but for many others as well). This caused the Internal Revenue Service to come after the Hawks under Internal Revenue Code Section 2601, which allows the government to pursue a delinquent taxpayer’s transferees for unpaid taxes. This type of action is brought in federal court, but the government is allowed to act as a private creditor bringing an action under the laws of that state. In Hawk, the IRS argued that that loan between Sequoia and MidCoast was a sham and that the family actually received its own cash as part of the sale of its shares. In general, IRC Section 2601 asks three questions: (1) did the company owe any taxes; (2) are the defendants transferees of the company; and (3) if they’re transferees, would they be liable to a creditor under the state’s fraudulent transfer laws?

There’s no dispute that the company owed taxes as a result of the asset sale, and the family members were clearly transferees of the company with respect to the horse farm since IRC Section 6901(h) defines “transferee” as including “a donee, heir, legatee, devisee, and distributee.” But, with respect to the remaining cash they’d received, the Hawks tried to claim they were actually distributes of MidCoast and not of their own company. The government’s response was to invoke the so-called “economic realities” doctrine.

The court discussed several factors leading to the conclusion that this transaction lacked economic substance. First, the company actually received its own cash in the sale—its funds were wired into an escrow account and then immediately back to the family. The Sequoia loan wasn’t structured the same way as a traditional loan—it was “secured” by the company’s cash (a fungible asset), and no interest would have been due unless MidCoast defaulted. Also, while the parties had prepared loan documents, they’d signed very few of them. In reality, the court concluded, the transaction wasn’t a true sale—it was just an exchange of cash.

Once the Hawks were determined to be transferees, the government could pursue them as creditors under state law. In this case, Tennessee’s Uniform Fraudulent Transfer Act deems a transfer as fraudulent if “the debtor made the transfer…without receiving a reasonably equivalent value in exchange for the transfer…and the debtor…became insolvent as a result of the transfer.” Tenn. Code Ann. Section 66-3-306(a). There were also three questions to be answered with respect to the state law claim: (1) did the transaction count as a transfer; (2) did the company receive reasonably equivalent value in exchange; and (3) did the company become insolvent?

The court determined that the transaction did count as a transfer, which is defined very broadly under Tennessee state law and even includes the “indirect” disposition of an asset in exchange for some consideration. If nothing more, the company’s receipt of their own funds would have constituted an indirect disposition. In addition, the family’s exchange of shares of stock for the horse farm wouldn’t have been an exchange for reasonably equivalent value. It caused a decrease in the company’s balance sheet, and the company didn’t receive anything when MidCoast bought the shares from the Hawks. The company also became insolvent following this transaction. After distributing the cash to its shareholders, it didn’t have enough left to pay its taxes.

The Hawk family argued that they acted in good faith and didn’t know about MidCoast’s scheme. Unfortunately for them, Tennessee’s laws don’t make exceptions for lack of knowledge. In this case, the economic reality of the transaction was that it lacked substance and should be treated as a sham—even if the transferees were unknowing participants. Interestingly, the court concluded with an aside that this transaction might have worked (at least in theory) if the facts had been different. If the company purchasing Holiday Bowl could have offset its gains by generating losses following the sale, and if the transaction had been properly documented and carried out, this story might have ended differently.