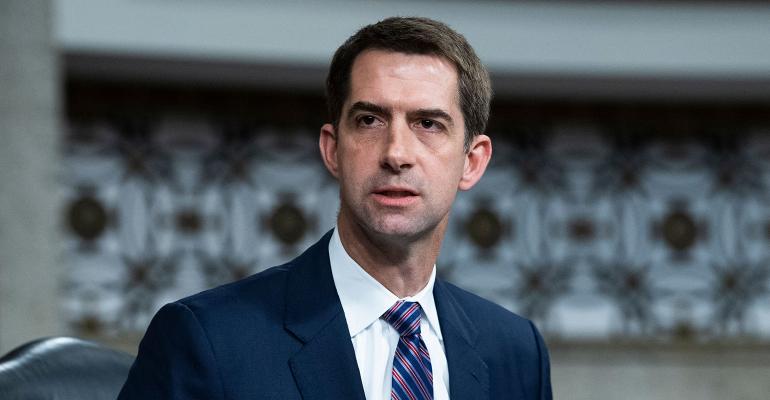 'Families shouldn't have to sell major portions of their businesses or farms after the death of a parent just to afford the 40% estate tax.'

U.S. Sens. Tom Cotton (R-Ark.), John Boozman (R-Ark.) and Joni Ernst (R-Iowa) recently introduced the Estate Tax Rate Reduction Act, which seeks to slice the estate tax by half, from its current 40% down to 20%.

This bipartisan, bicameral legislation was also introduced by Reps. Jodey Arrington (R-Texas) and Henry Cuellar (D-Texas) in the House of Representatives.

The sponsors of the bill look to be trotting out the well-worn conservative tactic of casting the estate tax as some sort of demon preying on the traditional family farm:

"Families shouldn't have to sell major portions of their businesses or farms after the death of a parent just to afford the 40% estate tax. Breaking apart a family's livelihood is neither fair or good for the economy, especially since families are often forced to sell to large corporations. My legislation would cut that rate in half, bringing the rate in line with the current capital gains rate and making it much easier to preserve a family's legacy and way of life," said Cotton.

The United States has the fourth-highest estate and inheritance tax among developed countries. And, according to proponents of the bill, much of the value in family-owned businesses is in hard assets and must be sold when the owner passes away, endangering the ability of a family business to survive between generations.

Whether family farms are actually inordinately impacted by the estate tax is up for debate (and both sides can inevitably find statistics that support their view), but any potential blanket reduction in the estate tax would obviously have consequences that reach far beyond the agricultural sector. So, regardless of how one feels about the justification, planners should keep an eye on the progress of this bill.